The Four Books of Architecture

Published in 1570, The Four Books of Architecture was an architectural treatise by Italian architect Andrea Palladio covering a broad range of topics influenced by the Greeks and Romans. It is often regarded as one of the most important, influential, and most studied architectural publications.

This digital edition based on the 1738 English edition by Isaac Ware—the first, most faithful English translation from the original Italian and accurate reproduction engravings. Scans for the 200+ original illustrations were carefully restored from its scans and positioned alongside its respective text for ease of use. Scans were also made freely available for download under a public domain license.

Posters were created showcasing collections of illustrations of column orders, houses, bridges, and ancient temples from each book along with a poster of a comprehensive visual outline of the entire work.

Explore How it was made 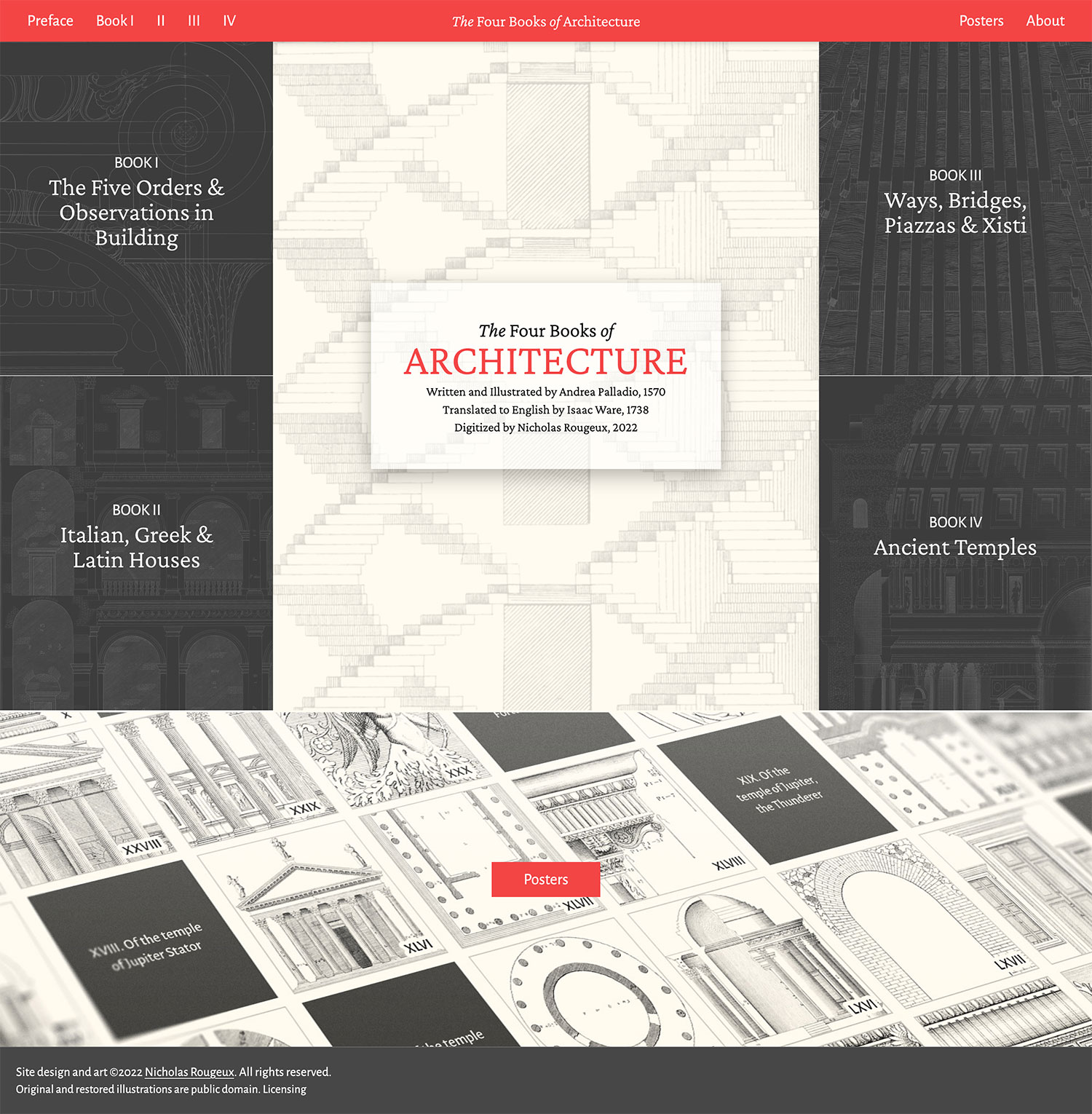 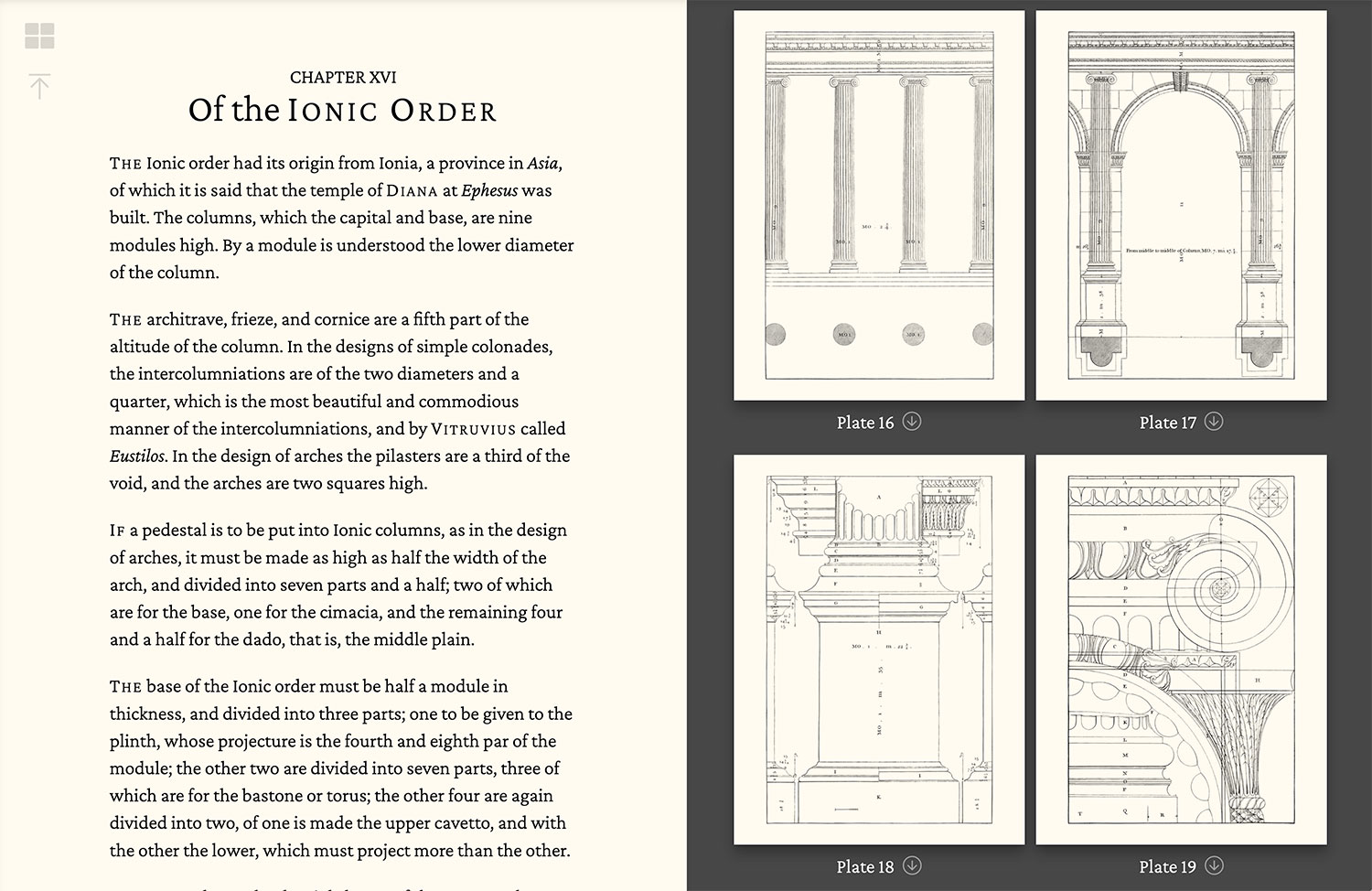 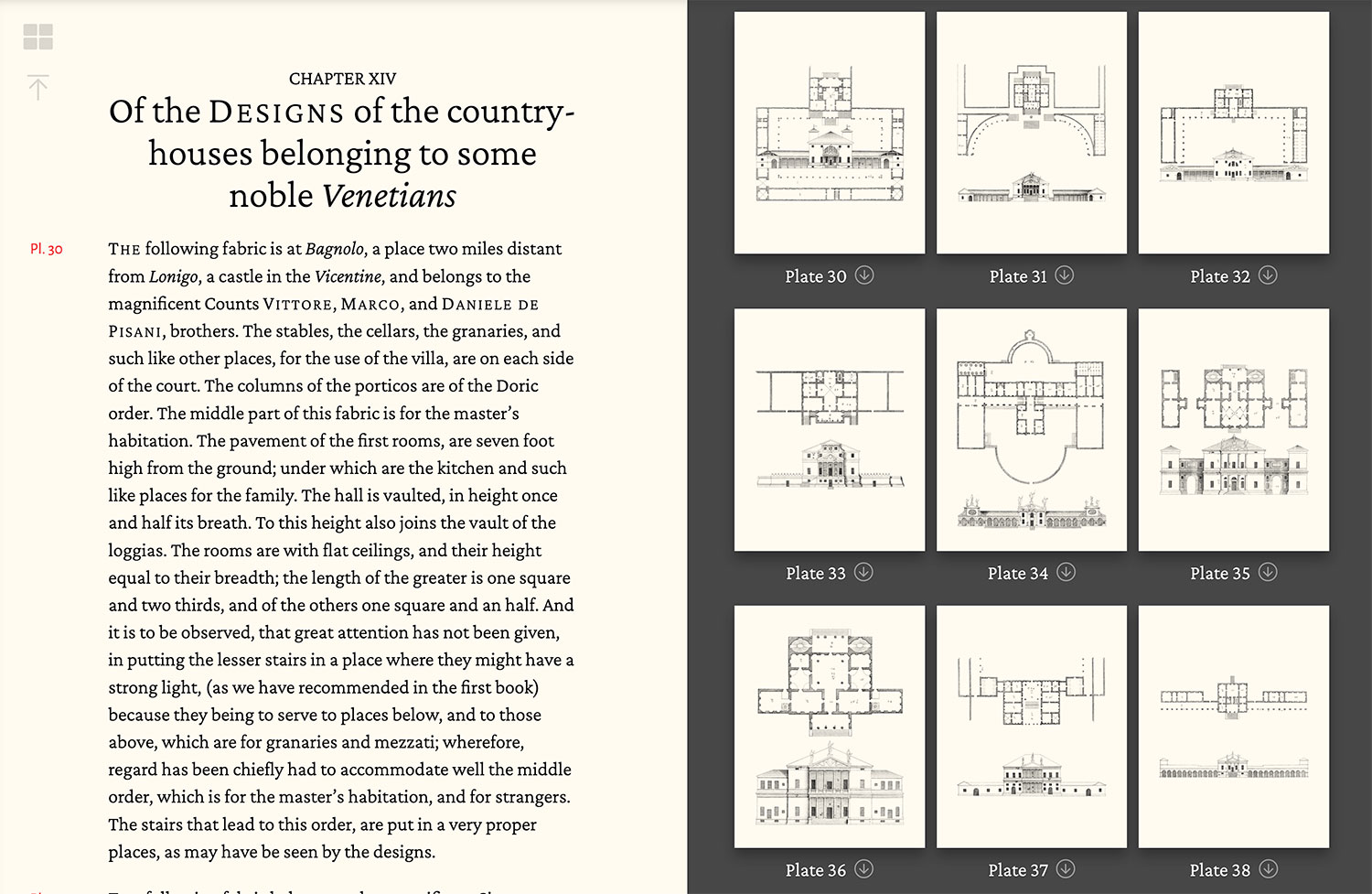 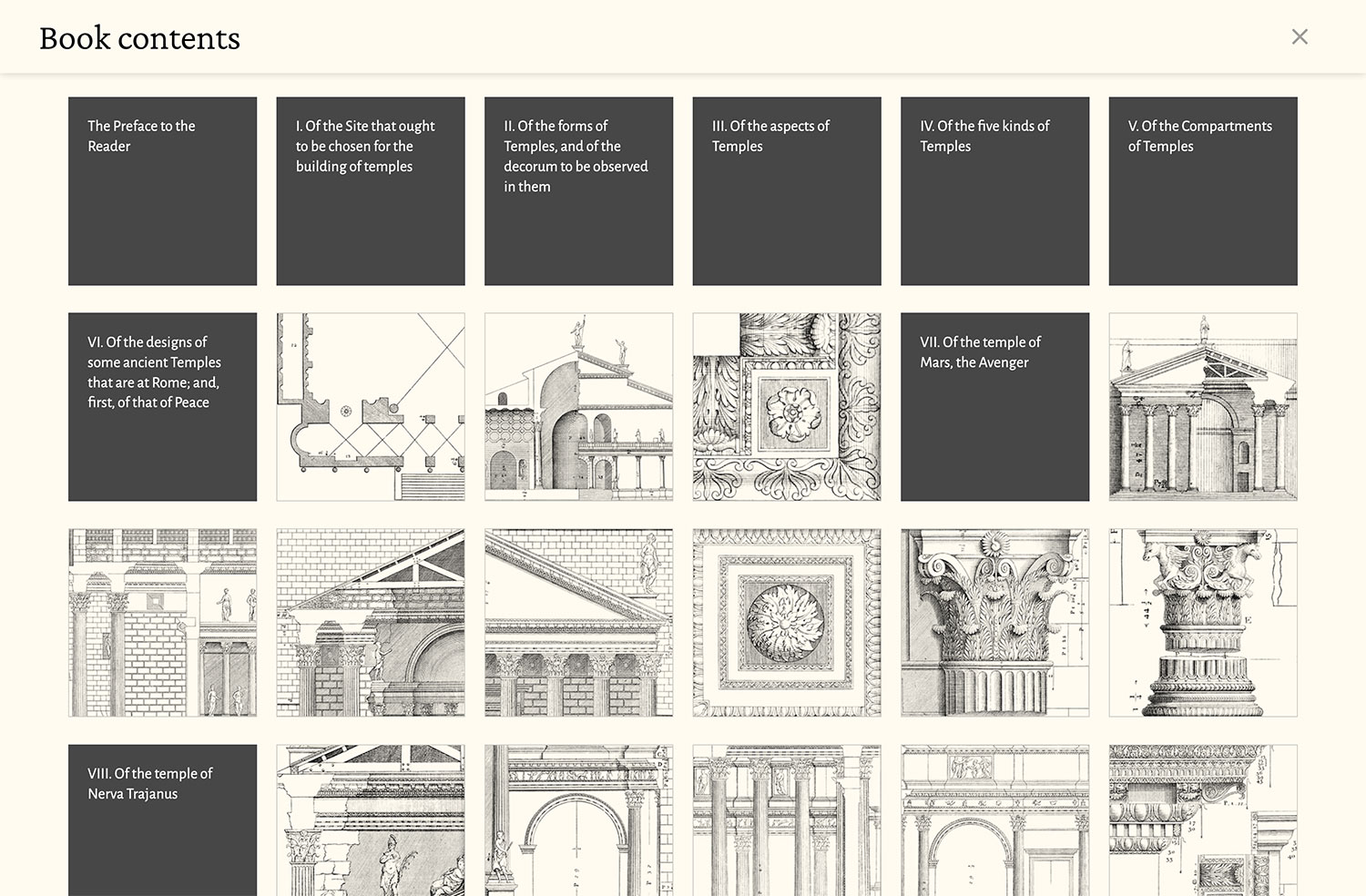 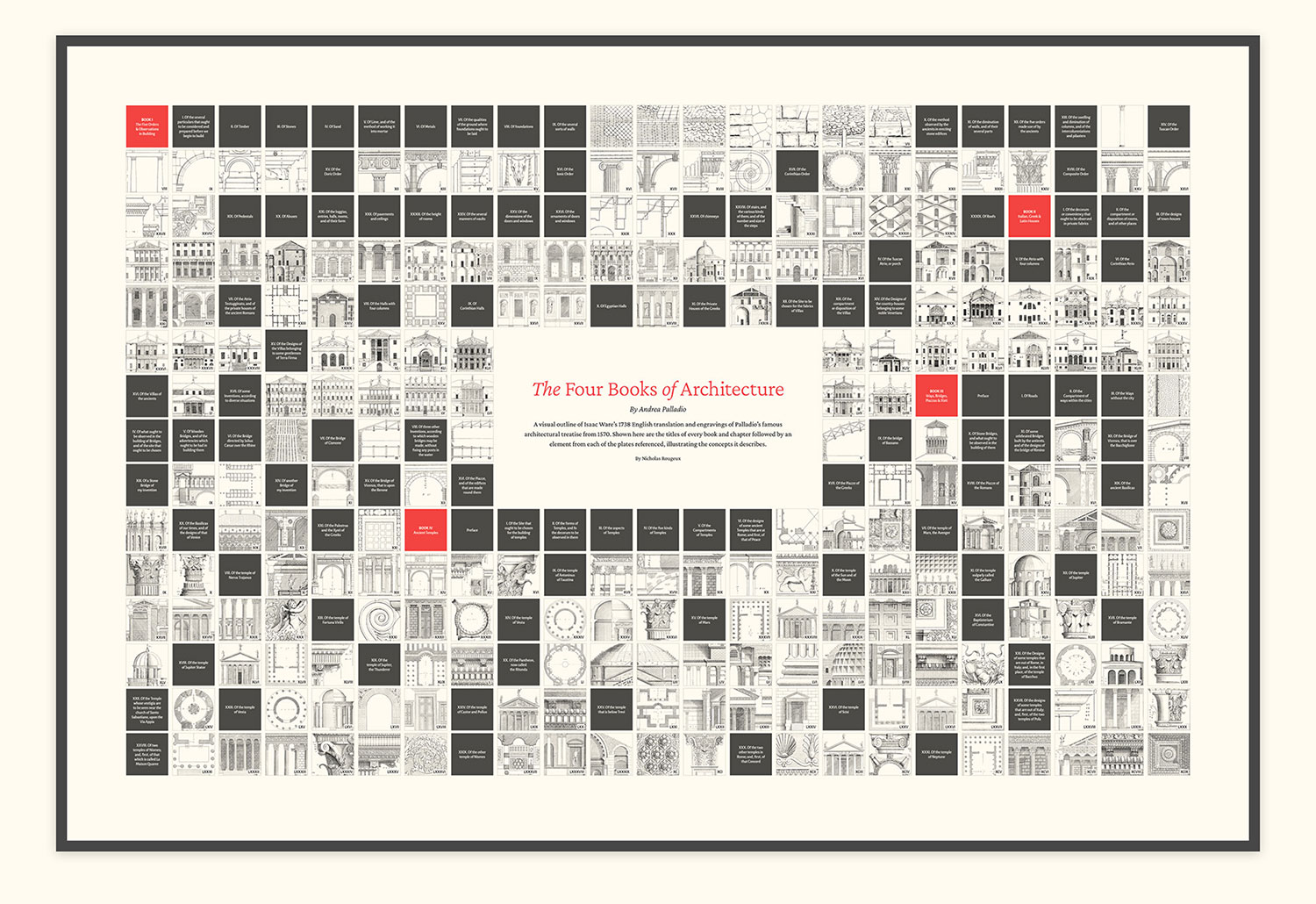