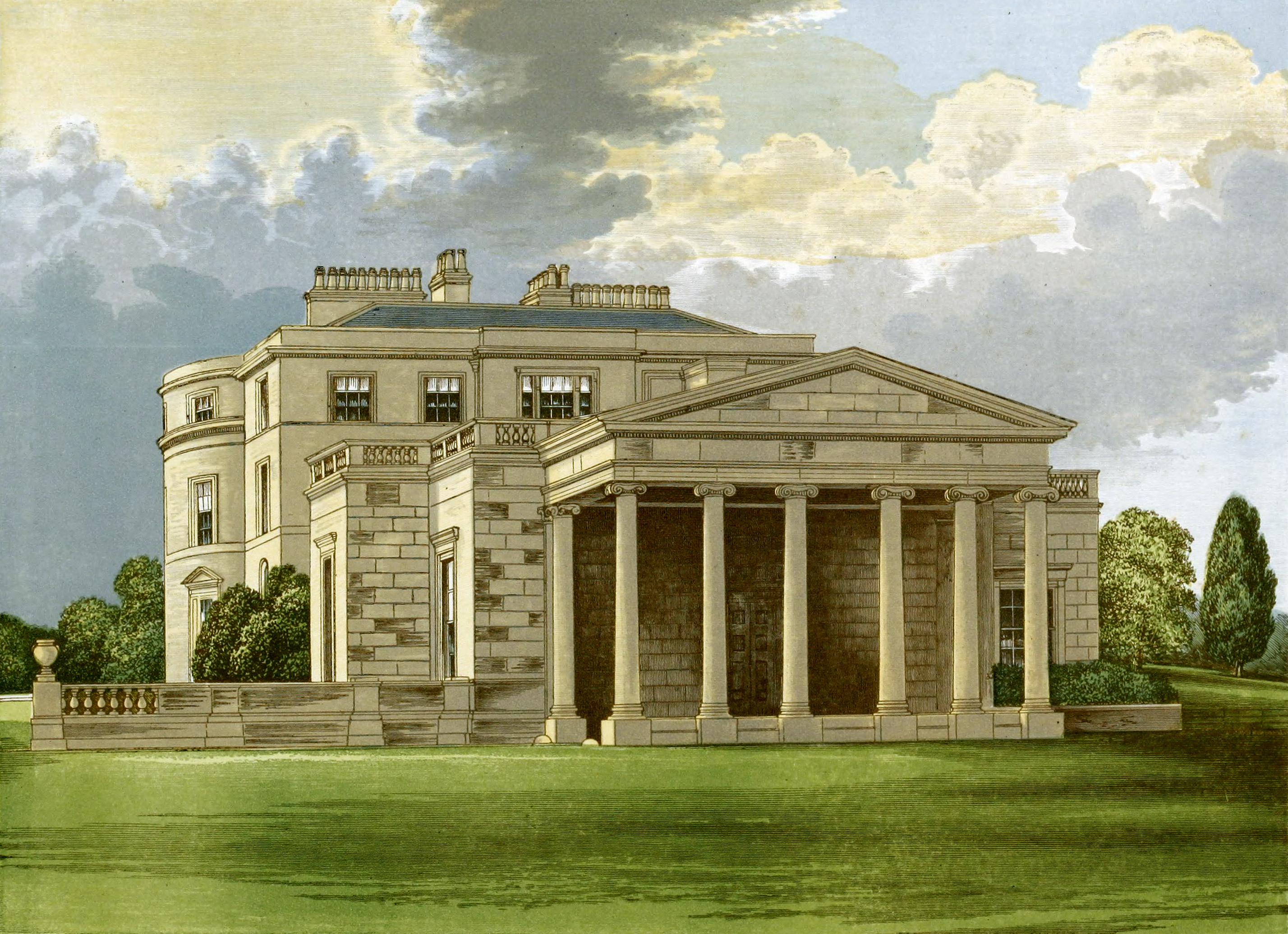 This mansion was built in 1794, on the site of an old castle, the former residence having been situated nearer to the town of Caledon.

The house stands on a hill surrounded by a deer park and demesne of two thousand acres, well wooded, and with fine timber.

The River Blackwater flows through the place.

Two ancient bridges near the entrance are remarkable as the scenes of great slaughter in the old Irish wars.

The house contains a fine library, that formerly belonged to Percy, Bishop of Dromore.

Andrew Alexander, Esq., who was attainted in the year 1689 by King James’s Parliament, was followed by

Nathaniel Alexander, Esq., who married Elizabeth, daughter of William McClintock, Esq., of Dunmore, in the county of Donegal, and had numerous issue, of whom the third and youngest son,

James Alexander, Esq., after filling several important offices in India, was elevated to the Peerage of Ireland, June 6th., 1790, by the title of Baron Caledon, of Caledon, in the county of Tyrone. He was further raised to the dignity of Viscount Caledon in November, 1797, and created Earl of Caledon January 1st., 1801. He married, November 28th., 1774, Anne, second daughter of James Crawfurd, Esq., of Crawfurdsburn, and by her, who died December 21st., 1777, had issue, with two daughters, a son,