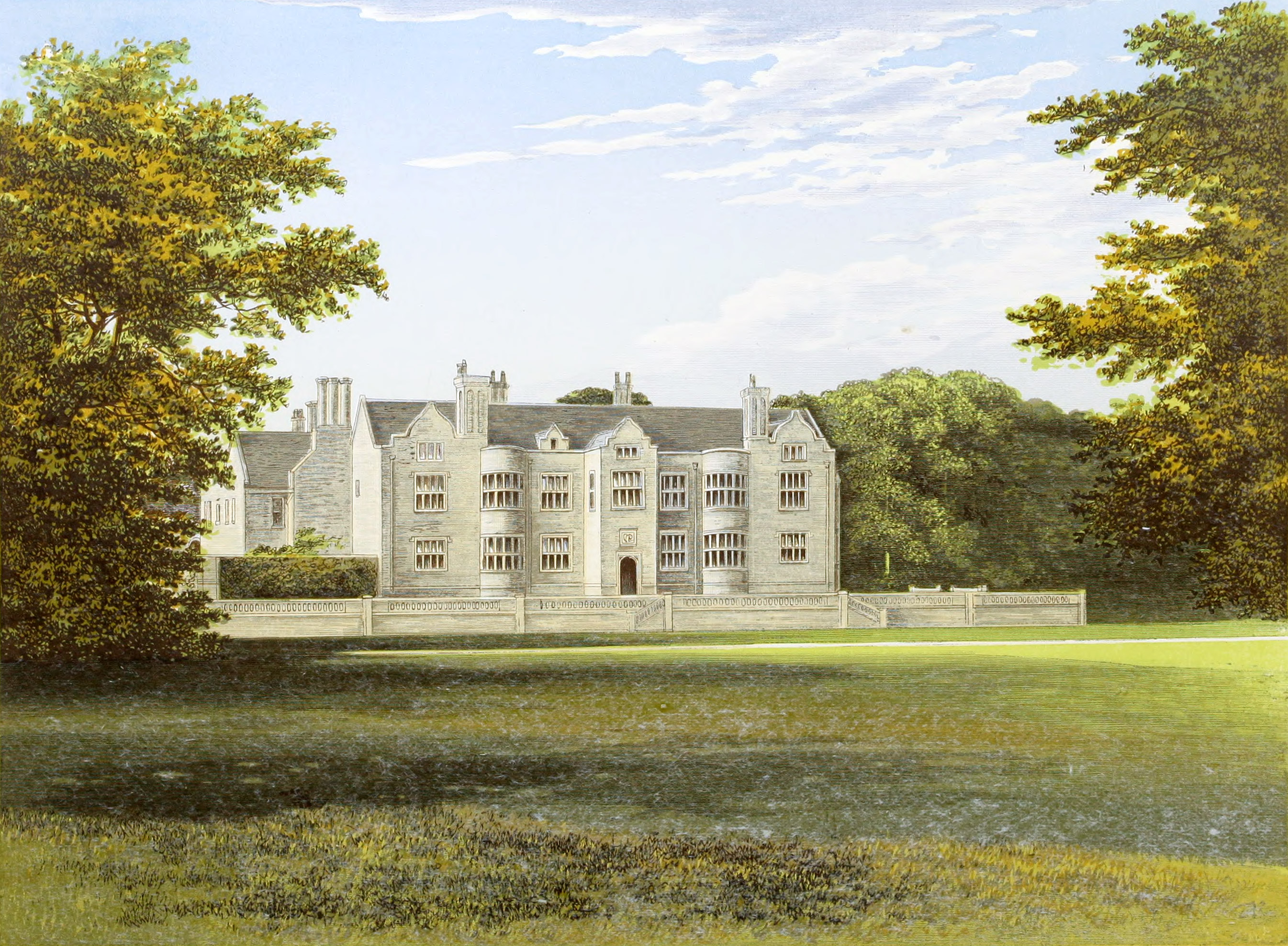 At an early period this estate belonged to the Lords of Glynde, from whom it passed, by the marriage of their heiress, to the family of Walley. With them it remained for five generations, till it was carried, by a coheiress, to Morley, of Win- nington, in Lancashire, and yet again, about the year 1680, by the marriage of the widow of John Morley, to John Trevor, eldest son of Sir John Trevor, Secretary of State to King Charles the Second. In 1745, John Trevor, dying without issue, bequeathed the place to his first cousin, who afterwards became Bishop of Durham. Prom this family it passed to Major-General the Honourable Henry Otway Brand.

Glynde is built in the Elizabethan style, and commands an extensive view of the Weald of Kent. The date of 1569 is inscribed under a coat of arms over the gate- way of the western front, but the house was greatly improved by Mr. Trevor when residing there, before he became Bishop of Durham.

Thomas Brand, Esq., of The Hoo, in the county of Hertford, married, April 20th., 1771, the Honourable Gertrude Roper, sister and heiress of Charles Trevor-Roper, eighteenth Lord Dacre, and had by her, who died October 3rd., 1819—he died nineteenth Lord Dacre, February 24th., 1794

Henry Otway Brand, C.B., twenty-first Lord Dacre, a Lieutenant-General in the army, and Colonel of the Thirty-first Regiment, distinguished in the Peninsular War, born July 27th., 1777, married, July 24th., 1806, to Pyne, eldest daughter of the Honourable and Reverend Dean Crosbie, and sister of Lord Brandon, by whom he had