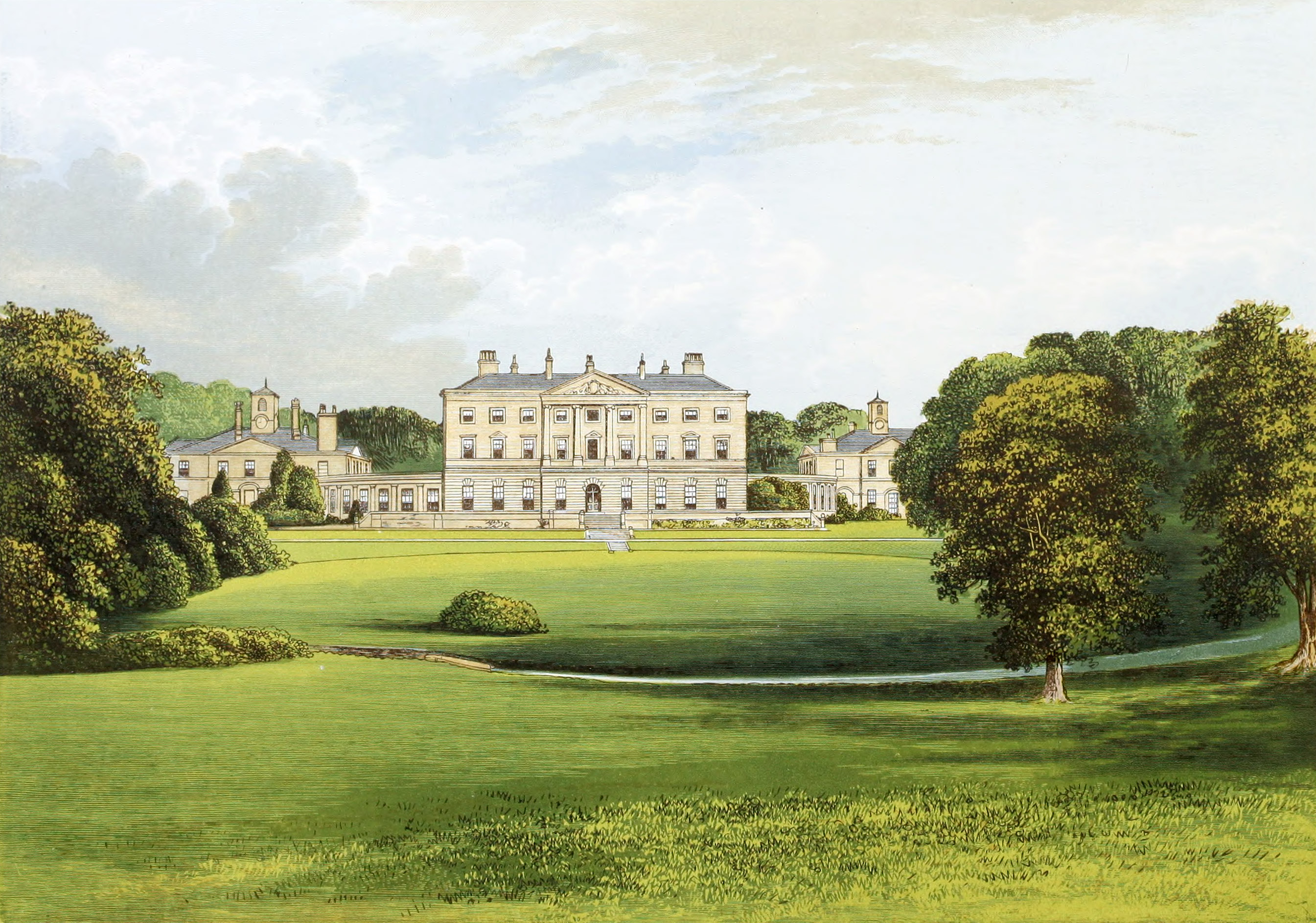 Howick Hall is very pleasantly situated by the Northumbrian coast, on the bank of a brook that winds round the lawn in front.

The old Tower of Howick, mentioned by Lelaud, still remains. The present house was built towards the close of the eighteenth century.

The church, and a free school for the children of the tenantry of the estate, were built by one of the former owners, Sir Henry Grey, Baronet, who also endowed the latter with ten pounds per annum, increased afterwards by Mrs. Magdalen Grey with a rent-charge of thirteen pounds a year.

Sir John Grey, Knight, of Berwick, living in 1372, was father of

Sir Thomas Grey, Knight, of Berwick and Chillingbam, who died in 1402, leaving isstfe by Jane, daughter of John Mowbray, Duke of Norfolk. The second son,

Sir Thomas Grey, Knight, of Werke, married Alice, daughter of Ralph Neville, Earl of Westmoreland, and had four sons, of whom the third, and eventual heir,

Sir Edward Grey, Knight, of Howick, Northumberland, married Catherine, daughter of Roger L’Estrange, Esq., of Hunstanton, in Norfolk, and died in 1G32. He was father of

Philip Grey, Esq., married to a daughter of Westwood of Westwood, in North- umberland, and had

Edward Grey, Esq., (successor to his grandfather), of Howick. He married the daughter of Martin Fenwick, Esq., of Kenton, and had, with other children,—he died in 1653,—an eldest son,

Philip Grey, Esq., of Howick, who died unmarried. His next brother,

John Grey, Esq., married Dorothy Lisle, of Acton, in Northumberland, and had, with four daughters, an only son,

John Grey, Esq., of Howick, successor to his uncle. This gentleman married Miss Pearson, and had three sons. The eldest,

Henry Grey, Esq., of Howick, High Sheriff of the County in 1736, who was created a Baronet January 11th., 1746, married Hannah, daughter of Thomas Wood, Esq., of Falloden, iu Northumberland, and had, with other children,—he died in 1749,—

Sir Henry Grey, second Baronet, who died unmarried in 1808. His next surviving brother,

Charles Grey, K.G., second Earl and third Baronet, born March 13th., 1764, had been M.P. for Northumberland from 1786, and became First Lord of the Admiralty, and afterwards First Lord of the Treasury. He married, November 18th., 1794, Mary Elizabeth, only daughter of the first Lord Ponsonby, of Imokilly, and left at his decease, July 17th., 1845, an eldest son,—of thirteen children,—