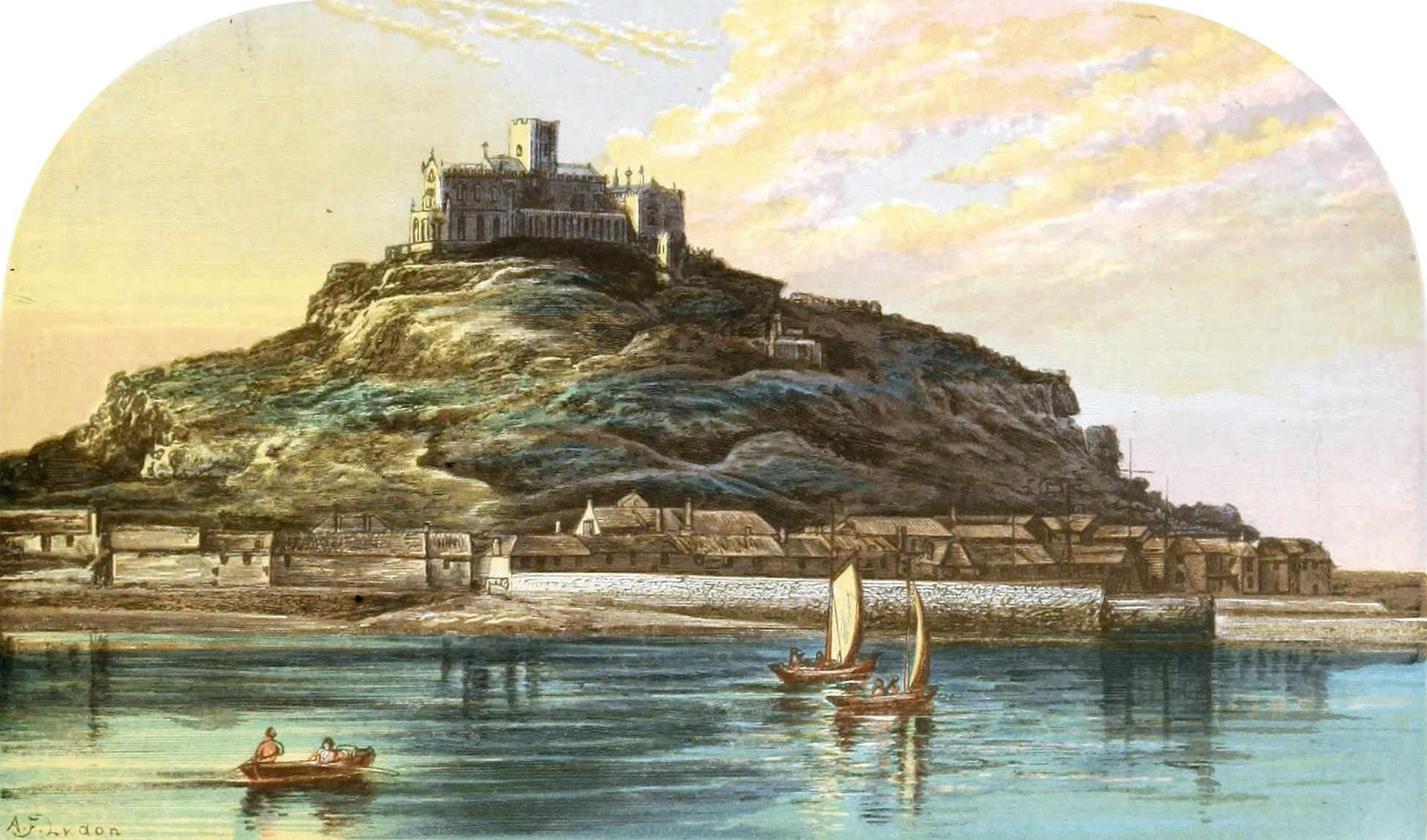 This is a truly historical place, and is believed to liave been visited by the Phoenicians of old, on their trading visits to the Ancient Britons, for the natural products of that part of the island.

It has been celebrated for long ages on account of the singularity and beauty of its situation, as

“That beauteous gem set in the silver sea.”

It derives its name from a supposed visit of the Archangel St. Michael, who was supposed to have honoured it with his presence.

Here for some time lived

This stronghold was first taken by Henry de la Pomeroy, who obtained it by stratagem, and held it for John against his brother Eichard the First. He soon afterwards died from fright, fearing the consequences of his rebellion.

Part of the building is believed to be of such old date as the time of Edward the Confessor. The most interesting portions of it are the Guard Room, the Refectory, or Chevy Chase Room, and the Chapel. The Refectory remains to this day in its original state, except that it has had the addition of a splendidly carved roof of English oak.

The Service of the Church of England was held in the Chapel by the last pro- prietor. One of the pinnacles on its tower is the famous St. MichaeFs Chair, of which it is said that whoever sits therein before marriage will rule either wife or husband,, as the case may be.

“Within an open balcony,
“That hung from dizzy pitch and high,”

There is thus much foundation of truth in the saying, that he or she must be a person of strong nerves who can trust himself or herself to the giddy height. Not a few, however, have done and do so. It may, perhaps, therefore be that there are more strong-minded persons in the world than is commonly supposed.

This old Cornish family is now represented by