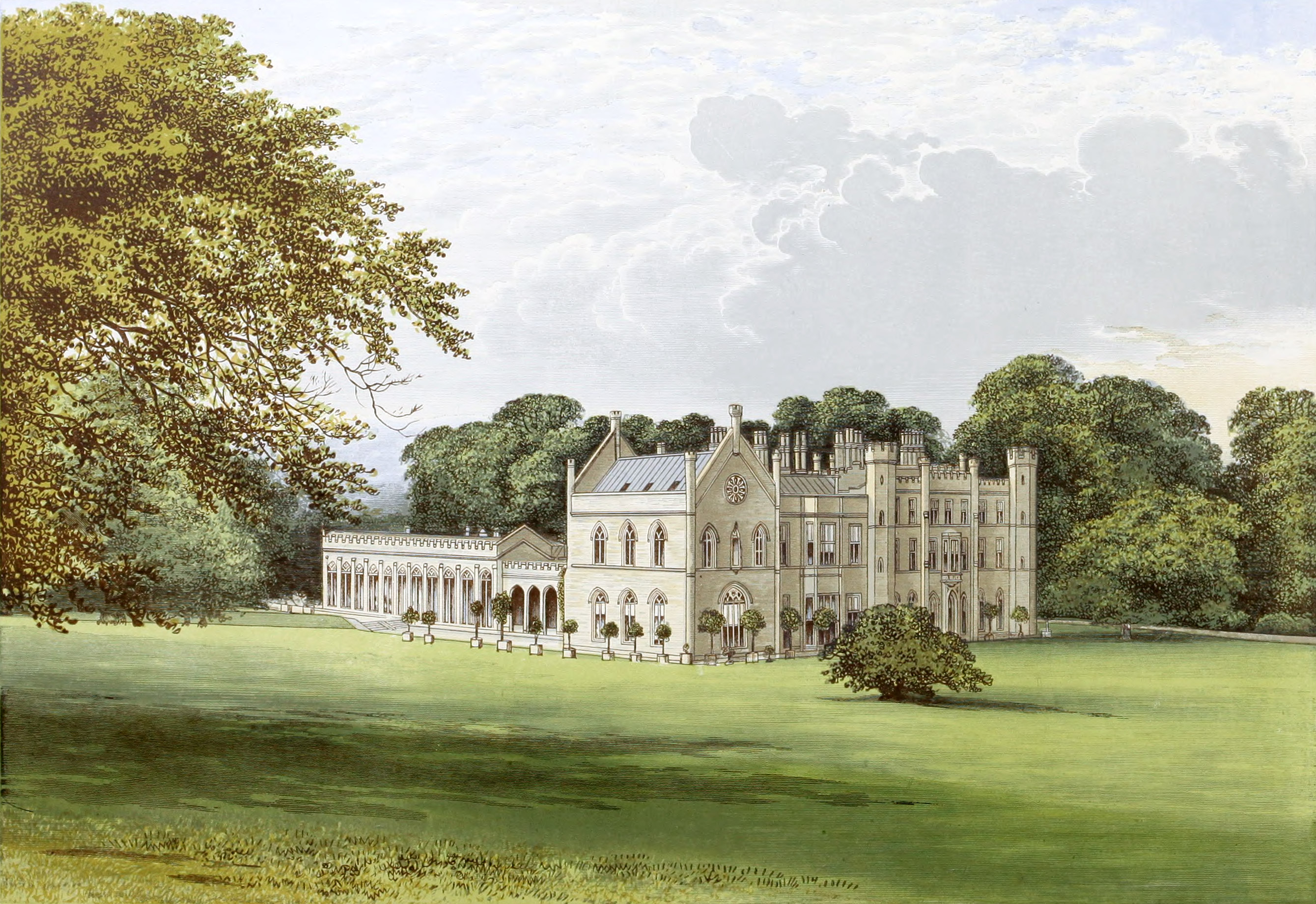 “The situation of this seat is peculiarly happy, on the banks of the river, near the town, from the sight of which it is completely screened by beautiful groves. The grounds are extensive, and laid out with much taste, their effect being con- siderably heightened by an ornamental sheet of water, winding through them, terminated by an artificial cascade of considerable beauty and picturesque effect.”

John Smith, of Cropwell Boteler, where he purchased land in 1628, died in 1641. By Elizabeth, his wife, he was father of

Thomas Smith, of Nottingham, and of Gaddesby, Leicestershire, baptised November 1st., 1631, married, his second wife, Fortune, daughter of Laurence Collin, and had three sous, of whom the younger—he died in 1699—was

Abel Smith, Esq., of Nottingham, and of East Stoke, a Banker, married Jane, daughter of George Beaumont, Esq., of Chapelthorpe, Yorkshire, and had three sons,

Robert John Smith, second Baron Carrington, who took by sign manual, in 1 839, the surname of Carington, in place of his patronymic, Smith. He was M.P. for many years, Lord-Lieutenant and Custos Rotulorum of Buckinghamshire. He died March 17th., 1868, having had, with other issue,