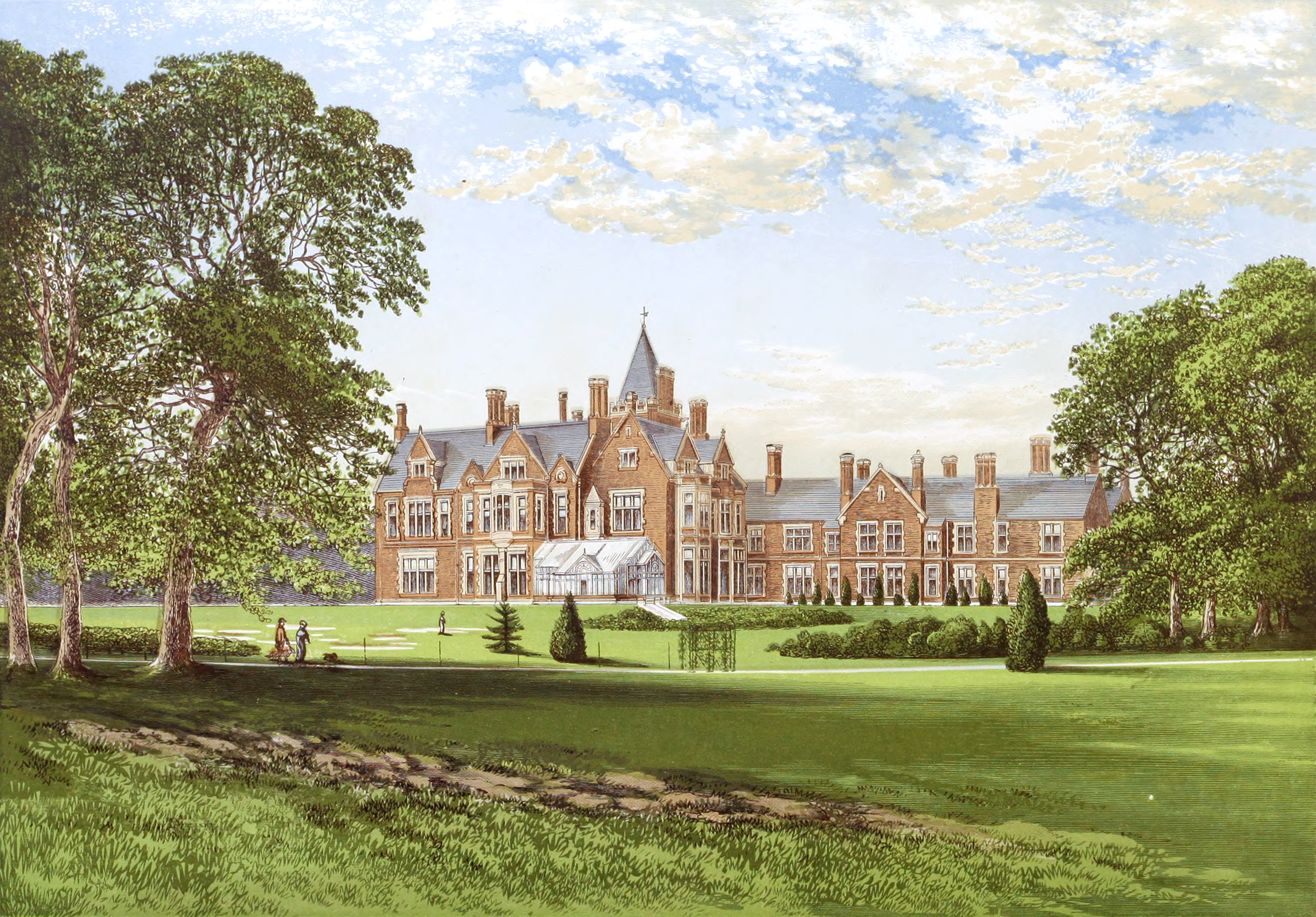 Surrey, Near Windsor, Berkshire.—His Royal Highness the Duke of Connaught.

“To see olden buildings, castles, the houses of an ancient aristoci’acy, and monasteries, we must visit the land of our fathers.”

The present, as the previous volumes of this work, will show, in some degree, and I hope with effect, the truth of the remark of an American writer, which I have quoted before, for the examples I have so far been able to give of the “County Seats” of the noblemen and gentlemen of the United Kingdom, are not only not a tithe, but literally not a hundredth part of those which adorn our well-loved and grand old country from end to end, from north to south, and from east to west.

Bagshot Park has been a Royal demesne since the reign of King Henry the Eighth, and a frequent and favourite resort from time to time of various members of the Royal family.

His Royal Highness Prince Arthur William Patrick Albert Guelph, the third son of Her Majesty Queen Victoria, Duke of Connaught, Duke of Strathcarn, and Earl of Sussex in the Peerage of the United Kingdom, Prince of the United Kingdom, Duke of Saxony, Prince of Saxe Coburg and Gotha, K.G., K.T., K.P., G.C.S.I., G.C.M.G., a Member of Her Majesty’s Most Honourable Privy Council, Major in the Seventh Hussars, and afterwards Lieutenant-Colonel of the First Battalion Rifle Brigade, Honorary Colonel of the London Irish Rifle Volunteers, Honorary Colonel of the Isle of Wight Artillery Militia, Military Aide-de-Camp to the Queen, Ranger of Epping Forest, was bom at Buckingham Palace May 1st., 1850. He has the Imperial Turkish Order of Osmanli, and the German Order of the Black Eagle. He married, at St. George’s Chapel, Windsor, March 13th., 1879, Her Royal Highness the Princess Louise Margaret Alexander Victoria Agnes, third daughter of H.R.H. Prince Frederick Charles of Prussia, G.C.B.