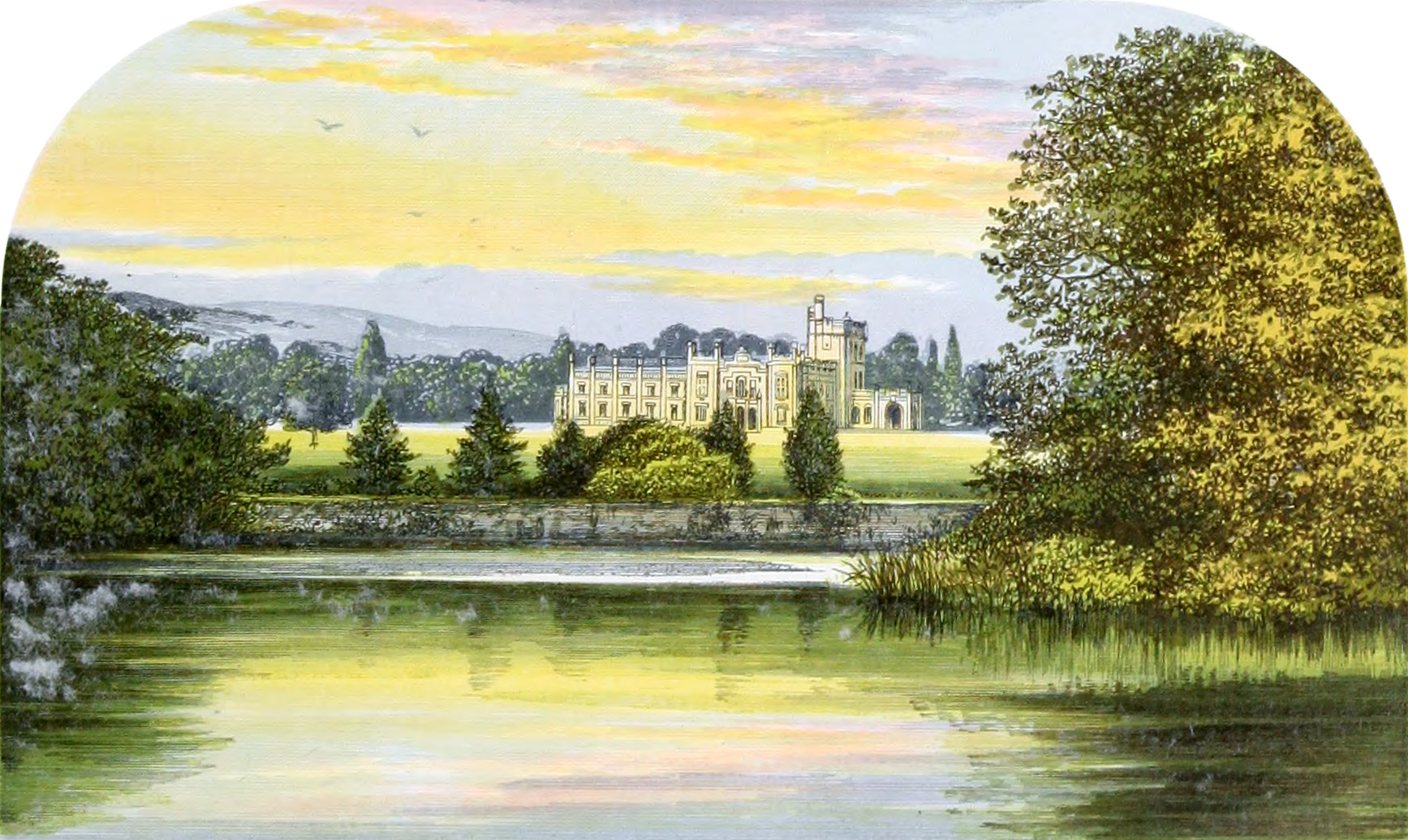 This estate belonged to the family of Moray for nearly six centuries, when it passed to that of Home-Drummond, by marriage, as presently stated.

“The mansion is an extensive modern building in the Grothic style of architecture. It is built of a light grey-coloured stone, combining durability with beauty, and being situated on a bank sloping to the south, and surrounded by extensive plantations, produces an imposing effect. The west end of the house commands a magnificent view of the Grampian Hills.”

Sir David Home, of Wedderburn, was father of, his third son,

Patrick Home, married, in 1558, Janet, daughter and heiress of David Ellem, Esq., of Renton, and thereby acquired that property. He was father of

John Home, Esq., of Renton, had three sons, of whom the youngest,

Henry Home, Esq., of Karnes, in Berwickshire, was father of

George Home, Esq., of Karnes, whose son was

Henry Home, Esq., of Karnes, born in 1695, a Judge of Session in 1752, known as Lord Karnes, and a celebrated author. He died in December, 1782, having married Agatha, daughter of James Drummond, Esq., of Blair Drummond, and by her had a son and successor,

Henry Home-Drummond, Esq., of Blair Drummond, Vice-Lieutenant of and M.P. for the county of Perth, born July 28th., 1783. He married, April 14th., 1812, Christian, eldest daughter of Charles Moray, Esq., of Abercairny, and sister and heiress of William Moray-(-Stirling), Esq., of Abercairny and Ardoch, and so became possessed of that estate. They had four children.—

At her death in 1864, she was succeeded by her second son,

Charles Home-Drummond-Moray, Esq., of Abercairny, an officer in the Second Life Guards, born April 17th., 1816. He married, December 11th., 1845, Lady Anne Georgina Douglas, youngest daughter of Charles, fifth Duke of Queensberry, and had, with other children, an eldest son,