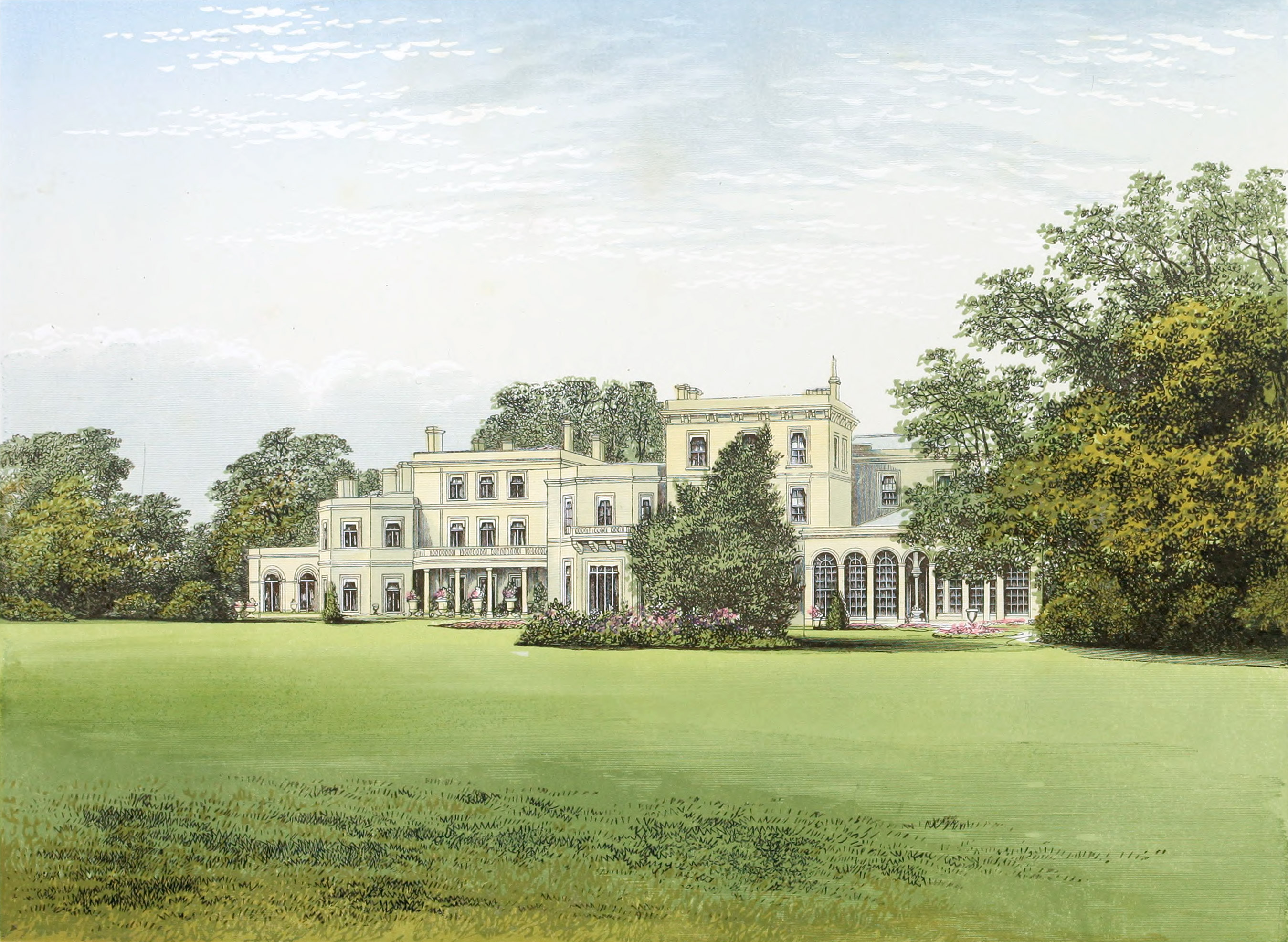 It would appear that this place, popularly supposed to have had its name from having been in old times an encampment of the Danes, was not so in reality.

There was formerly here the ruin of a strong building, believed to have been part of the original manor of Hugh de Bolebec, the founder of Woburn Abbey, in Bed- fordshire.

The house is beautifully situated on a bank that overhangs the river.

It was at one time the property of the family of Morton, by the widow of the representative of which it was sold in the year 1786, to Robert Scott, Esq., uncle of Charles Scott-Murray, Esq., of the family of Murray, of Philiphaugh, of which place an account has been given in a previous volume of this work.

The mention of Philiphaugh may well bring up before the mind the ever-memorable “ Legend of Montrose,” the gallant and surpassing deeds of that noble man, so worthy of the noble title he bore, and the noble race of which he had come. “Among the devoted champions who, during the wildest and most stormy period of our history, maintained the cause of Church and King, the ‘Great Marquis’ undoubtedly

is entitled to the foremost place.”—(Aytoun.)

“They brought him to the water-gate.
Hard bound with hempen-span,
As though they held a lion there,
And not a fenceless man.

There was glory on his forehead,
There was lustre in his eye,
And he never walked to battle
More proudly than to die.”

Care has been taken by the successive proprietors of these truly “Historic Lands” to preserve the various reliques of the battle in which at hist Right was forced, but for the time only, to yield to Might . The old landmarks still remain to show where the fight took place, and here and there are fields named after the generals wlm led their soldiers on.

John Murray, Esq., of Philiphaugh, Selkirkshire, M.P., married Eleanor, eldest daughter of Lord Basil Hamilton, of Baldoon, and had, with other issue,

Charles Murray, Esq., who married Eliza, sister of Robert Scott, Esq., of Danes- field, and had a son and successor,