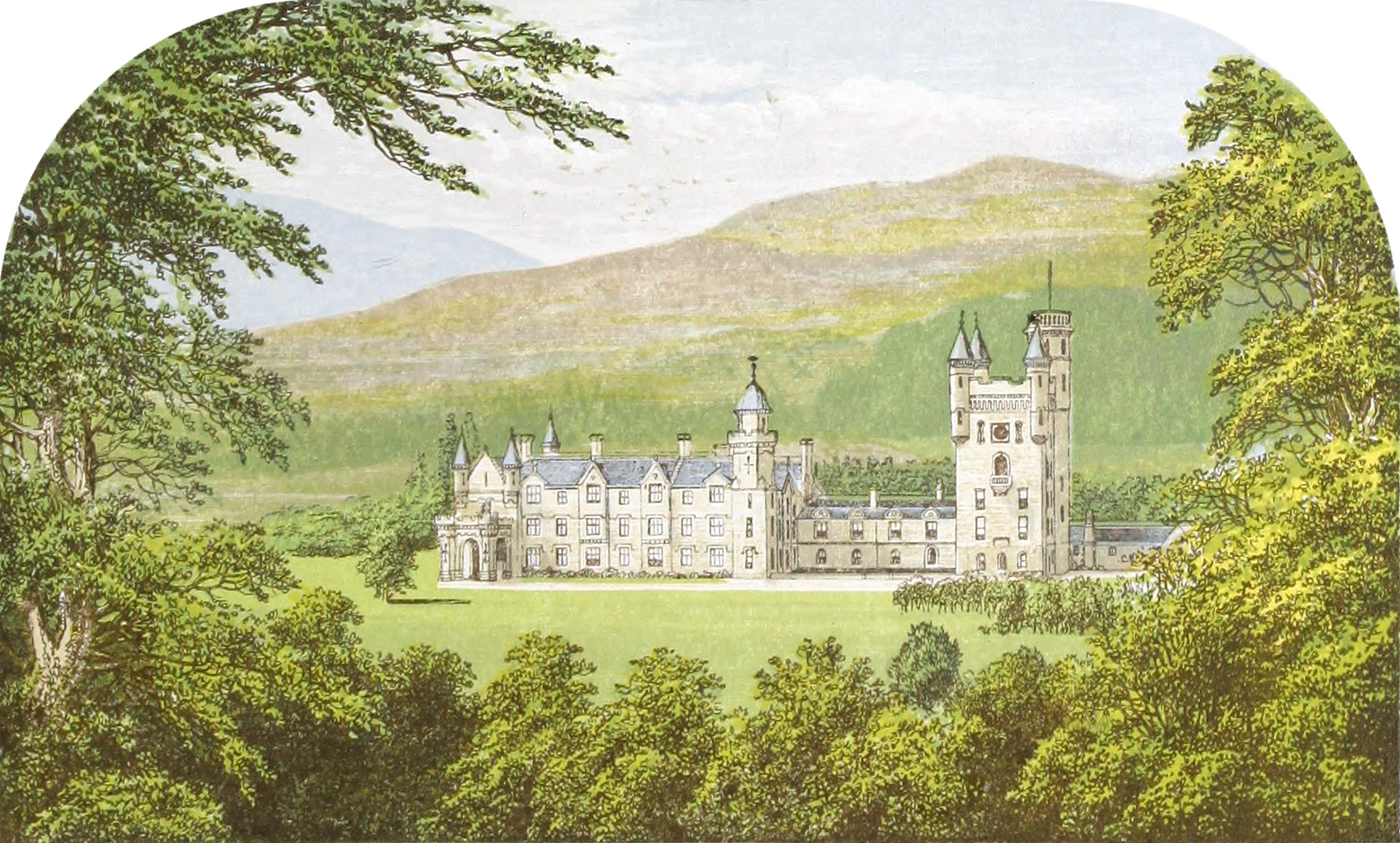 The assertion may safely be hazarded, that until Balmoral became the property of the Queen, or rather, in the first instance, of the Priuce Consort, His Royal Highness Prince Albert, not one person in every hundred thousand in this country, or perhaps a smaller proportion, had ever even heard the name of the place. Now it is one of the “household words” which has become “familiar in our ears.”

The property long belonged to the family of

Farquharson of Inverey, in whose possession it had previously been. It was let on lease in the year 1836 by the then proprietor, to Sir Robert Gordon, brother of the Earl of Aberdeen, for a period of thirty-eight years, and a shooting lodge was built by him on the estate. In the year 1848 Prince Albert bought of him the remainder of the lease, and in the year 1852 purchased the property from the trustees of the Earl of Fife. The new castle was then erected as a residence in the north for the royal family, who have since made it their favourite resort.

It is situated on the bank of the river Dee, and looks on one side up the valley to the west, and on another southwards to the foot of Craig-an-Gowan, and in the distance to the deer forest of Ballochbowie.

An account of Windsor Castle commenced this volume, and being in one sense the property of the nation, and its associations of world-wide interest, I gave a full description of its varied features and historical contents. But Balmoral being altogether the Queen’s own private property, it would perhaps be more proper to leave Her Majesty in the undisturbed enjoyment of that retirement which she so greatly loves, and which the author of the present work feels, with her, is the greatest earthly blessing that can be enjoyed, and especially as to be had in the northern parts of our island, the blessing of peace and quiet in the country.