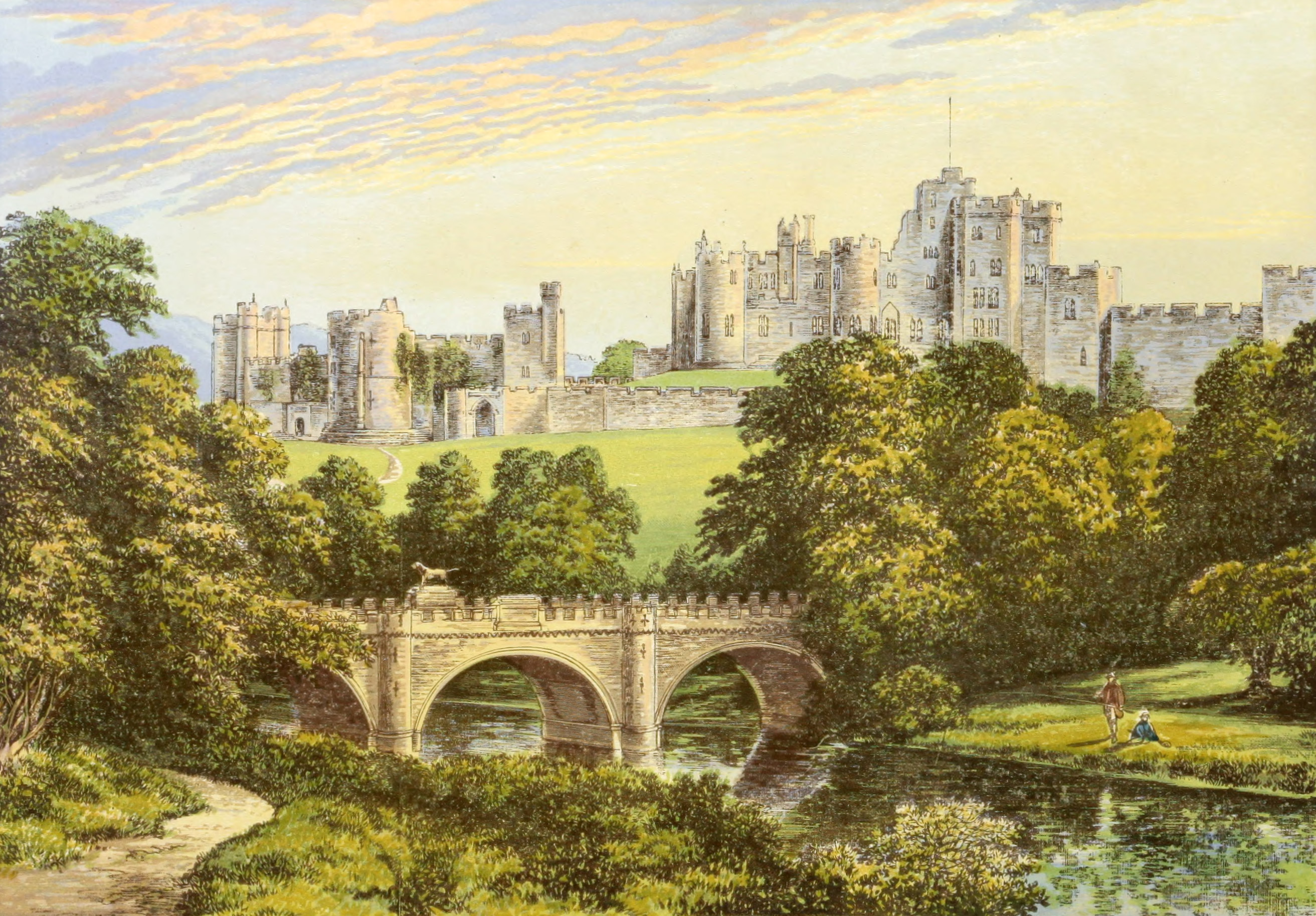 Here was, as is supposed, a Roman fortress, for, writes Grose, “when a part of the castle keep was taken down, under the present walls were discovered the foundations of other buildings, which lay in a different direction from the present, and some of the stones appeared to have Roman mouldings. The fretwork round

the arch leading to the inner court is evidently of Saxon architecture, and yet this was probably not the ancient entrance, for, under the Flag Tower, before that part was taken down and rebuilt, was the appearance of a gateway that had been walled up, directly fronting the present outward gateway into the town.”

Later on it belonged to

William Tyson, a Saxon baron slain at the battle of Hastings, whereupon his daughter and her lands were both bestowed by William the Conqueror upon

Ivo de Vescy, one of his companions in arms. The last of his race,

William de Vescy, left it by will to

Anthony Bec, Bishop of Durham, in trust for his son, then a minor, but after seven years, namely, in the year 1310, the bishop sold it to

This grand baronial castle was besieged in 1093 by Malcolm the Third, Kino- of

Scotland, but he being unexpectedly attacked by Robert de Moubray, a potent Norman baron, his army was totally defeated, Canmore himself being killed in the battle. In memorial of this event a cross was erected on the spot where he fell, which, after having fallen into decay, was restored in the year 1774 by the then Duchess of Northumberland, Her Grace being herself descended from Malcolm through his daughter Maude, Queen of Henry the First of England.

In 1174 it was again laid siege to by William the Third of Scotland, who was taken prisoner; which is also commemorated by a monument.

In the lapse of ages afterwards the wear and tear of time worked their natural ravages on this ancient pile, which had stood so long the “battle and the breeze,” when, on the death of

Lady Elizabeth Percy, became in her own right Baroness Percy, and, by her second (or third?) marriage, to Charles Seymour, Duke of Somerset, had an only surviving child and heiress,

Lady Elizabeth Seymour, who wedded, in 1740,

Sir Hugh Smithson, Bart., ancestor of the Dukes of Northumberland.

The family of Smithson is stated to derive from John Smithson, living in 1446; that of Percy descended from William de Percy, one of the Norman companions of the Conqueror in 1066.