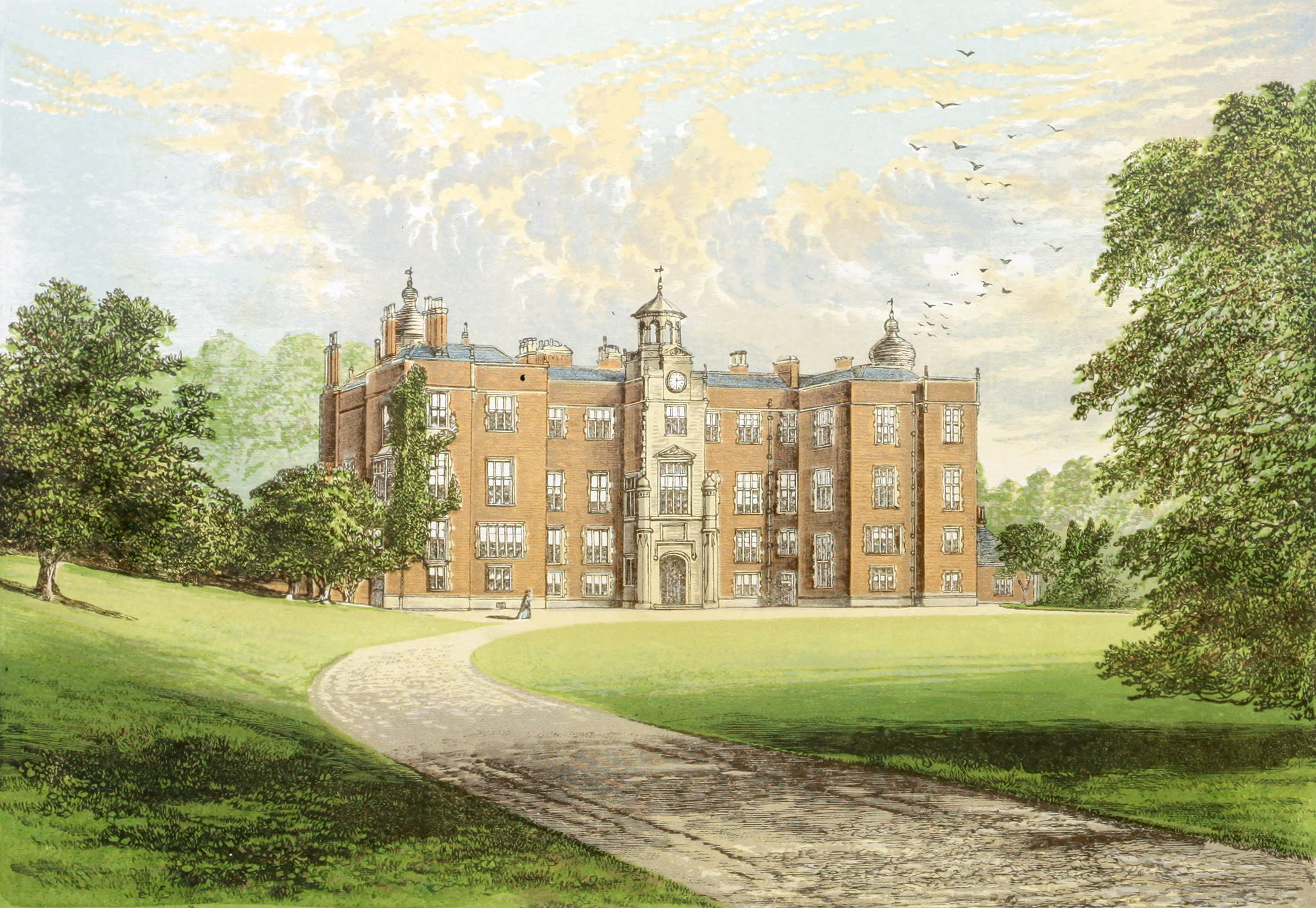 Near Longdon, Staffordshire.—Marquis of Anglesey.

Beaudesert in former times belonged to the Bishops of Lichfield, but was granted by King Edward the Sixth to Sir William Paget, Knight, ancestor, in the female line, of the present family. Quaint old Fuller gives the following account of him: “William Paget, Knight, was born in the city (London,) of honest parents, who gave him pious and learned education, whereby he was enabled to work out his own advancement. Privy Counsellor to four successive princes, which, though of different persuasions, agreed all in this—to make much of an able and trusty Minister of State. 1. King Henry VIII. made him his secretary, and employed him ambassador to Charles the Emperor and Francis King of France. 2. King Edward VI. made him chancellor of the duchy, comptroller of his household, and created him Baron of Beaudesert. 3. Queen Mary made him keeper of her Privy Seal. 4. Queen Elizabeth dispensed with his attendance at court in favour of his great age, and highly respected him. Indeed, Duke Dudley in the days of King Edward ignominiously took from him the garter of the order, quarrelling that by his extraction he was not qualified for the same. But if all be true which is reported of this Duke’s parentage, he of all men was most unfit to be active in such an employment. But no wonder if his pride snatched a garter from a subject, when ambition endeavoured to deprive two princes of a crown. This was restored unto him by Queen Mary, and that with ceremony and all solemn accents of honour, as to a person ‘who by his prudence had merited much of the nation.’ He died very old Anno 1569; and his corps (as I remember) are buried in Lichfield, and not in the vault under the church of Drayton, in Middlesex, where the rest of the family, I cannot say lye (as whose coffins are erected) but are very completely reposed in a peculiar posture which I meet not with elsewhere.”

The mansion is finely placed on the side of an eminence, well sheltered by rising grounds, and environed by woods and timber.

It is of brick and stone, with two projecting wings.

It was erected in the reign of Queen Elizabeth, but has since then had many alterations and additions.

Within the house is a noble gallery ninety-seven feet in length, by seventeen in width.

The dining-room is large, with a vaulted ceiling, and otherwise richly ornamented. The drawing-room is fifty-two feet long, by twenty-seven wide.

The library contains a valuable collection of books, and some manuscripts, and among the latter a curious Register of Burton Abbey.

The park abounds with deer, and the walks and pleasure-grounds on all sides of the house are considered to fully justify the title of Beaudesert.

Dr. Plot, the historian of Staffordshire, gives an account of some repeating echoes which are to be heard here, and says, “they are as good, or perhaps better than any in Oxfordshire; there being one at Beaudesert, in a little park about the middle of the path that leads from the pale to the house, that from a treble object answers distinctly three times.”

On the top of the hill behind the house there are traces of a large encampment, called Castle Hill. “It is elevated so high above all the country near, that it commands the horizon almost all round, whence, it is said, may be seen the nine several counties of Stafford, Derby, Leicester, Warwick, Worcester, Salop, Chester, Montgomery, and Kent.” This last-named, however, I conceive there must be some mistake about.

Cannock Chase, or Cannock Forest, is on the border of the estate, and here is found the cannel coal of which Dr. Plot writes:—”The cannel coale is the hardest, and of so close a texture that it will take a passable polish, as may be seen in the choir of the Cathedral Church of Lichfield, which in great part is paved lozeng, black and white (as other churches with marble) with cannel coale for the black, and alabaster for the white, both plentifully found in this country; which, when kept clean, so well represent black and white marble, that to an incurious heedless eye they seem to be the same. It turns like ivory into many pretty knacks, such as ink-boxes, candlesticks, etc. They cut it also into salts, standishes, and carve coats of arms in it; witness that of the Right Hon. William Lord Paget in the gallery of his stately seat at Beaudesert. This coal is dug in the park adjoining, also belonging to his lordship, about twenty, thirty, or sometimes forty fathoms deep, lyeing between other beds of a softer kind, and is the best in Staffordshire, or anywhere else that we know of, except that in Lancashire, which (they say) has no grain, and therefore no cleaving, as this will doe, upon which account esteemed somewhat better for making such utensils as were mentioned above; and yet this at Beaudesert will work so very well that the King’s Majestie’s head is said to have been cut in it by a carver at Lichfield, resembling him well.” The name of cannel coal is considered to be equivalent to candle coal, from the light flame which it emits; but I cannot help thinking that it comes of the same origin as the word Cannock, the place where it is found, unless indeed on the other hand, being of very ancient extraction, it may have given the name to the locality, abbreviated from candle-coke into can-coke, and so Cannock.

The family of Paget, which descended from William Paget, one of the Sergeants at Mace of the City of London, but is now extinct in the male line, is derived paternally from the Right Reverend Lewis Bayley, Bishop of Bangor, tutor to King Charles the First, and Chaplain to his brother Henry Prince of Wales, son of King James the First.