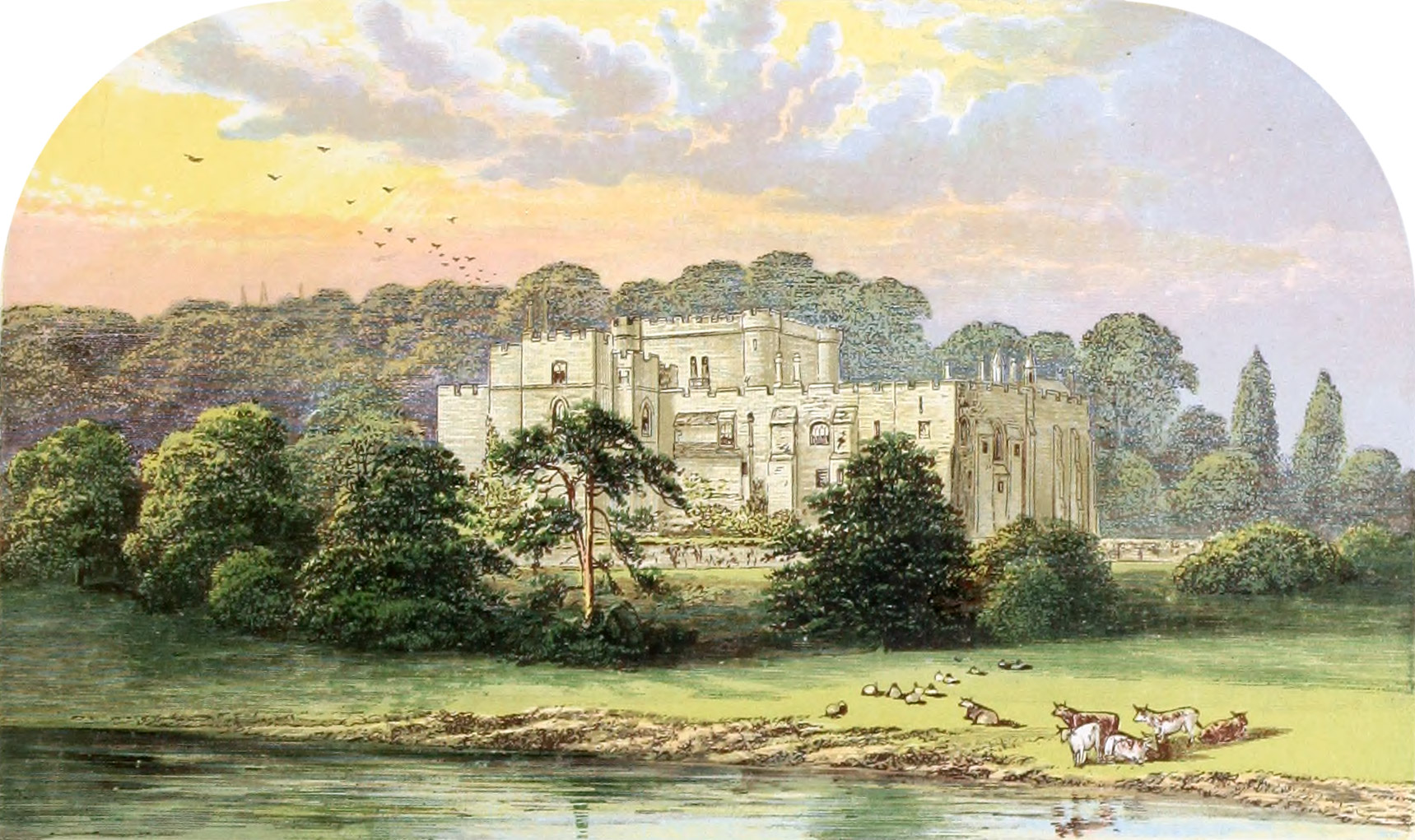 Berkeley Castle must ever hold a memorable place on the page of English history, as it was here that King Edward the Second was murdered by the hands of Maltravers and Gournay. The room in which the evil deed was perpetrated is still to be seen, just as it was then in those ancient times. It is described as a dismal chamber, and now called the Dungeon Room, situated over the steps leading to the Keep.

“This ancient baronial residence is supposed, from its structure, to be of Norman origin. The walls are high and massive, with towers and buttresses at unequal distances, and an arched entrance apparently of Norman construction. The Donjon Keep is built on a mound, and rises above the rest of the building; it is flanked by three semicircular towers, and a square one of later date, all embattled; on the top of the Keep is a walk fifty-eight feet long, for the warder, which office in this castle was anciently maintained by the family of Thorpe, who for that service held their lands of the Lords of Berkeley.

“The Chapel, the oldest private chapel known, the Great Hall, the Kitchen of curious workmanship, the Great Dining Chamber, etc., have remained upwards of six hundred and seventy years in use for the purposes for which they were originally constructed.’

Robert Fitzhardinge sided with the Empress Maud and her son, Henry the Second, against Stephen, and was rewarded with the Lordship of Berkeley, of which the owner, Roger de Berkeley, was at the same time deprived for taking part with the latter. He entertained, at Bristol, in 1168, Dermot MacMurrough, King of Leinster, with sixty of his retinue, when he came over to ask for succour from King Homy. In direct descent from him was

George Berkeley, fourteenth Baron Berkeley, was created, September 11th., 1679, Viscount Dursley and Earl of Berkeley. In lineal descent from him,

Frederick Augustus Berkeley, the fifth Earl of Berkeley, married, May 16th., 1796, Miss Mary Cole, and had ten children, of whom the eldest son was created, in 1841, Earl Fitzhardinge, but died unmarried, October 10th., 1857. His next brother,