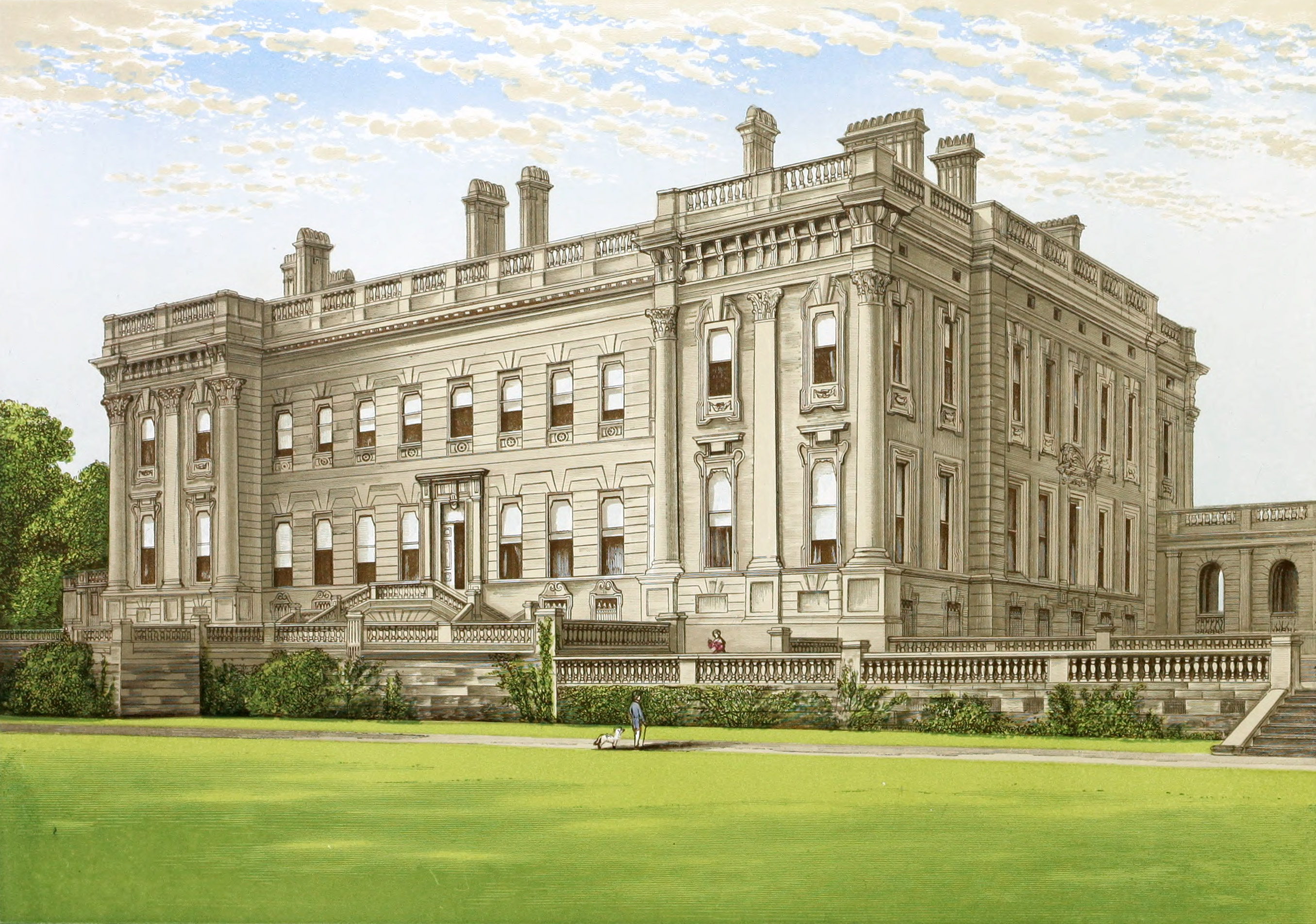 Heythrop is a stately mansion built in the Grecian style.

The rooms are large, and highly ornamented, some of them being also hung with tapestry.

The grounds are extensive, and well supplied with the adornments of wood and water.

In a former account of the place the conservatory is stated to be nearly two hundred and fifty feet long.

An account of the earlier descents of this family has been given in a previous page of the present work. It is therefore only necessary here to begin with

Thomas Brassey, Esq., of Bulkeley, Cheshire, born November 7th., 1805, who succeeded to the representation of the senior branch at the death of his uncle in 1843. He married, December 27th., 1831, Maria Farrington, daughter of Joseph Harrison, Esq., of Liverpool, and had issue