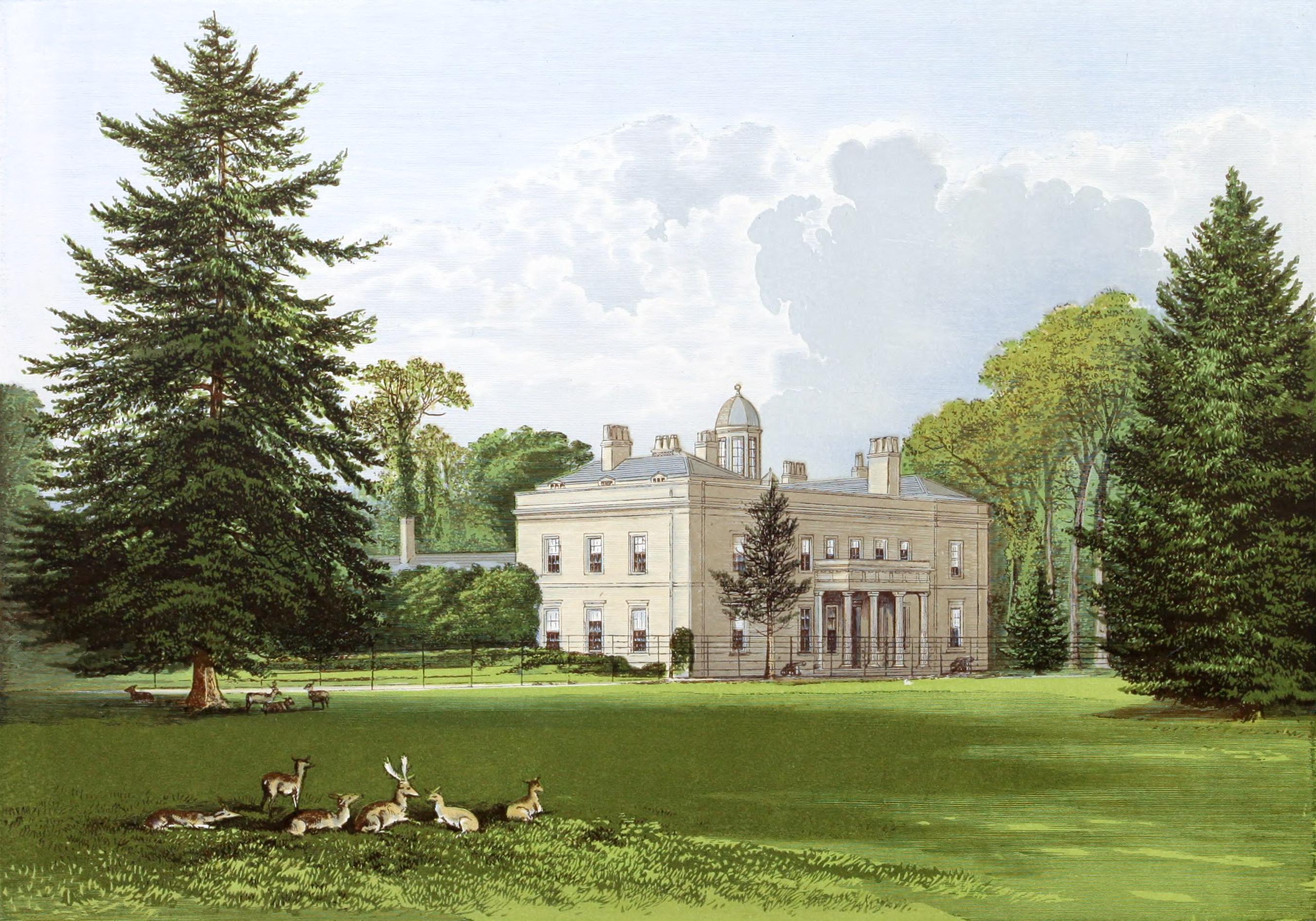 The manor of Brockley Hall was purchased of the then owner in the year 1528 by Colonel Thomas Pigott. It has since, and recently, been greatly enlarged and im- proved by the representative of the family for the time being.

The entrance hall, which is of spacious size, is surrounded by numerous rooms richly fitted, and containing a valuable series of paintings by ancient and modern masters.

The hall itself is hung with family portraits; chiefly those of the Moores, Wadhams, Cowards, and Pigotts; among them being that of John, first Lord Paulet, by Vandyke; of his wife, who was an heiress of the house of the Kenns; of her grandchildren, by two marriages of her daughter, the first with Thomas Smith, Esq., of Long Ashton, and the second with Colonel Thomas Pigott, of Brockley; of Colonel John Pigott, M.P. for Somersetshire in 1705; of his son, John Pigott, Esq., who died when Sheriff of the county in 1730, by Sir Peter Lely; of Thomas Coward, Esq., Recorder of Winchester, by Sir Peter Lely; Thomas Coward, Esq., High Sheriff of Somersetshire in 1771, through whom the Pigotts claim descent from Edward I., by Gainsborough; of Sir Nicholas Wadham, the founder of Wadham College, Oxford; Sir Hugh Smyth, Sheriff of the county in 1803, by Hobday; and of Mr. and Mrs. Smyth-Pigott, in water-colours, by Prince Hoare; and their daughter, Mrs. Provis, by Gainsborough.

The chairs in the hall are worthy of mention, having once belonged to King Charles I.

The staircase is lighted by a window of stained glass.

The grounds are extremely beautiful, including the romantic scenery of Brockley Coombe, with extensive shrubberies and pleasure-grounds.

The park is well stocked with deer, and contains a heronry of ancient date, and from the top of the neighbouring Down there is a splendid view of the country far and near, taking in Brean Down, Cleve Toot, Cadbury Hill, Yatton, and the coast of Clevedon, crowned by the ruins of Walton Castle, with the water of the Bristol Channel in the distance, bounded by the coast of Wales.

Brockley Church is a beautiful structure, with monuments of members of the family, by Chantrey, Bailey, and other sculptors of eminence.

Colonel Thomas Pigott went over to Ireland in 1641, and purchased the manor of Brockley, and also of Kingston Seymour, and of Weston-super-Mare, Somersetshire. His descendant,