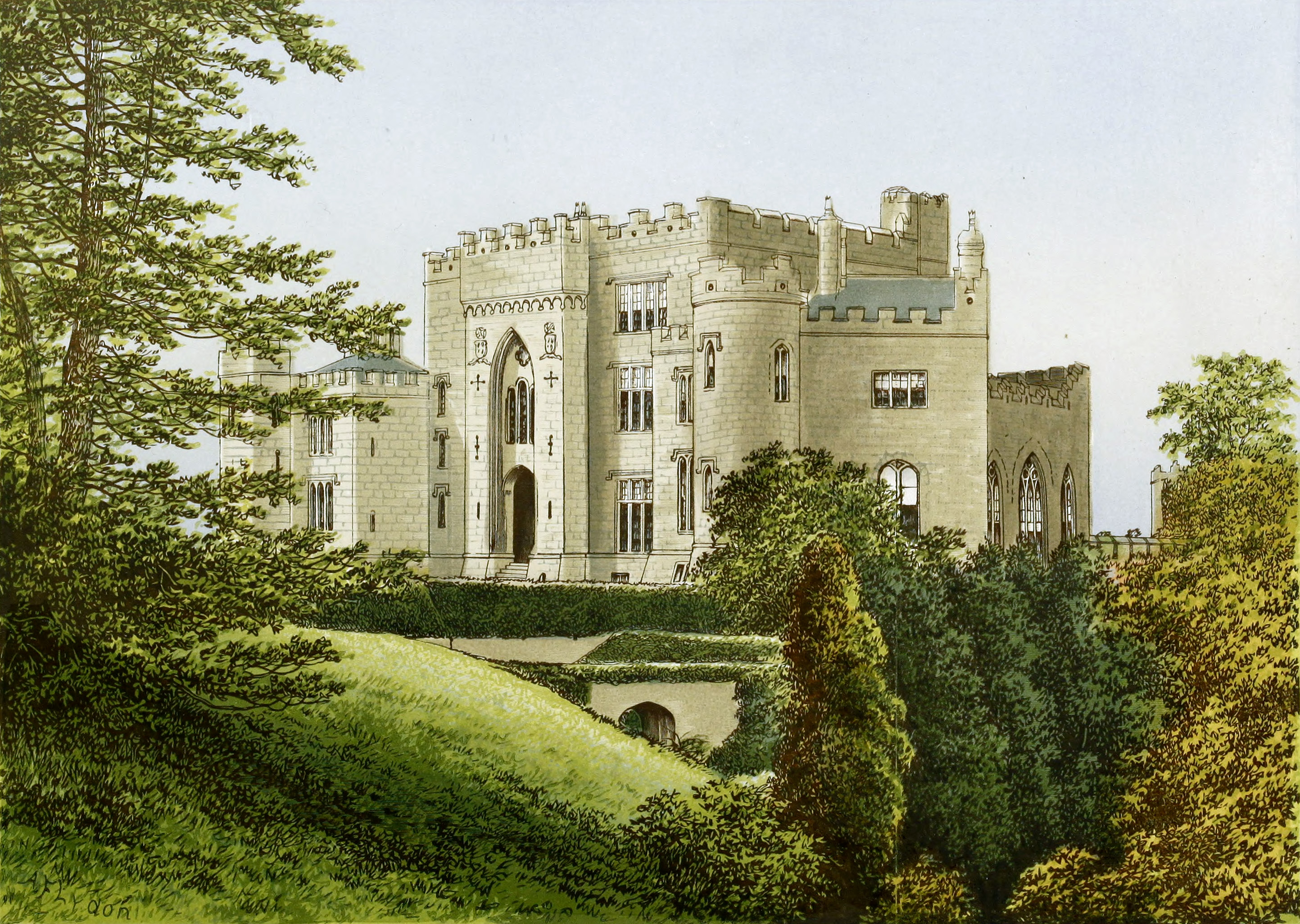 The castle o£ Birr was considered to be tlie chief seat of the O’Carrols, chieftains of the Sept. A great battle was fought in the vicinity in 241, between Cormac, son of Conn of the Hundred Battles, and the people of Munster. The place suffered much from the ravages of the Danes in 841 and 842; and in 1154, O’Hedergool, King of Cathlingie, was killed at the church-door. On the breaking out of the war of 1641, William Parsons was made governor of Ely O’Carrol and Birr Castle, which he garrisoned with his own tenantry. The next year an engagement took place between the garrison and the Sept of the O’Carrols; and in the same year, 1642, the castle was besieged by the Irish, but was relieved by Sir Charles Coote, who threw into it a supply of ammunition and provisions. This action was deemed so important, that it procured for Sir Charles the dignity of Earl of Mountrath. But in the following year the place fell into the hands of General Preston, commander of the forces of the Confederate Catholics in Leinster, who kept possession of it till it was taken by Ireton in 1650; and a subsequent attempt by the Marquis of Clanricarde, to recover it for the King, was baffled by the approach of Colonel Axtell. At the time of the Restoration it seems that the place was of some commercial importance (Birr town), from the number of brass tokens then coined for the convenience of trade. In the war of 1688 the castle was besieged by Colonels Grace and Oxburgh, and surrendered in terms which were afterwards made grounds of accusation against Sir Lawrence Parsons, the governor. He was found guilty of high treason, but received a pardon after several reprieves. At this period Birr is mentioned by Sir William Petty as sending two members to Parliament. In 1689, the Roman Catholic clergymen took possession of the tithes and glebe, which they held till the battle of the Boyne. In 1690 the castle was besieged by General Sarsfield, the Duke of Berwick, and Lord Galway; but the siege was raised by Sir John Lanier for King WiUiam. A meeting of delegates from several volunteer corps was held in 1781, and again in 1782, at which strong resolutions were passed relative to the great questions which then absorbed public attention.

The late Lord Rosse, who devoted much time and thought to studies connected with astronomy, and other branches of science, had a laboratory, with machinery for polishing the largest specula for telescopes, by means of which he constructed a reflector of twenty-seven feet focal length, the great speculum of which is three feet in diameter, and another of fifty-three feet focal length and six feet diameter, still the largest in the world. The telescopes stand on the lawn in front of Birr Castle, and are moved by machinery which also was the invention of his lordship. The smaller one has been carried by a mounting similar in principle to that of Herschel’s celebrated telescope, which, however, is now being replaced by a more modern structure.

The family of Lord Rosse descends from Lawrence Parsons, Esq., Attorney-General for the Province of Munster in 1612.