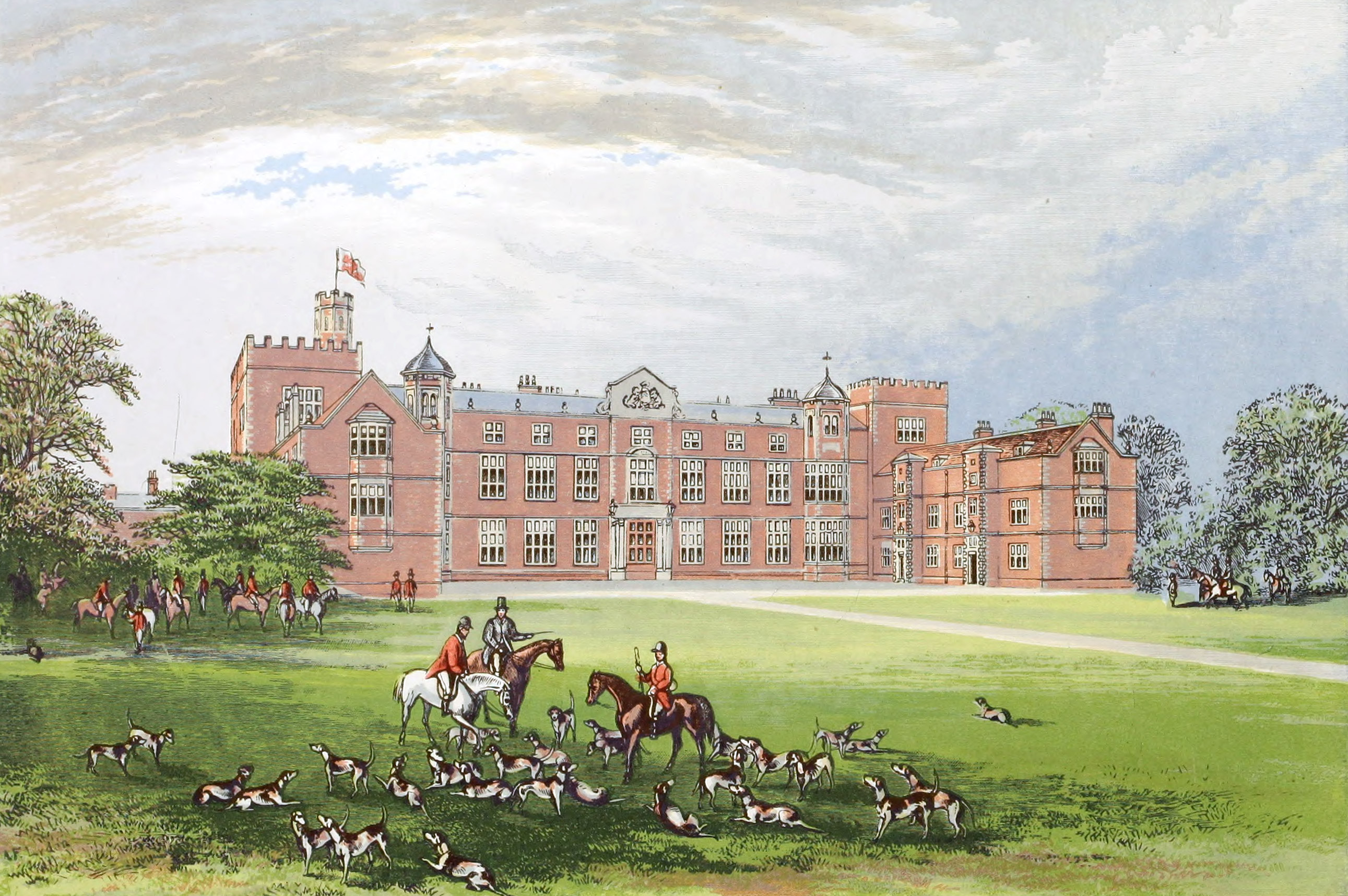 The fine old baronial seat of Burton Constable is situated in Holderness, in the East-Riding of Yorkshire, about nine miles from the town of Kingston-upon-Hull, and brings before our minds at once the “olden times/’ when,

“ In rough magnificence array’d,
Our ancient chivalry display’d
The pomp of her heroic games,
And crested chiefs and tissued dames
Assembled at the clarion’s call
In some proud castle’s high-arch’d hall.”

The spacious park contains a fine piece of water, crossed at one part by an ornamental bridge, over which the road leads to the porter’s lodge.

The house, which is supposed to have been in the first instance built in the reign of King Stephen, has two fronts, the one towards the west one hundred and ninety-one feet long, and the other towards the east one hundred and thirty-three feet, the remainder of the equivalent length being filled up by two projecting wings, each seventy-eight feet long, and four square battlemented towers rise a little above the level of the roof at either end of the main building.

The inside of this fine house is in keeping with its outside appearance. There is a gallery one hundred and thirteen feet long and nineteen feet high, its walls adorned with a series of family paintings, and containing also a great variety of valuable mathematical instruments.

The entrance-hall is sixty feet in length, thirty-one feet wide, and of the like height. The library is also of large size, and well furnished with a valuable collection of books.

Among the miscellaneous curiosities are four beautiful tables of black marble, richly inlaid with various colours, the handiwork of Italian artists.

This family derives in the paternal line from Richard Fitz Pont, whose son Walter, living in the reign of Henry the Second, married Margaret, daughter and heiress of Ralph de Todeni, with whom he acquired Clifford Castle, in Herefordshire, and thence assumed the name of Clifford. He had issue, two sons, of whom the elder was

Roger de Clifford, was renowned for his valour in the wars of Henry the Third, and Edward the First. He married Isabel, eldest daughter and coheiress of Roger de Vipont, Lord of Westmoreland. He fell in the Welsh war, in the year 1282. Some generations after him,

Sir Lewis de Clifford, K.G., was distinguished in the reigns of Edward the Third, Richard the Second, and Henry the Fourth. His descendant,

Thomas Hugh Clifford, created a Baronet in the year 1814, assumed by Royal License the name of Constable, and was ancestor of the present family.