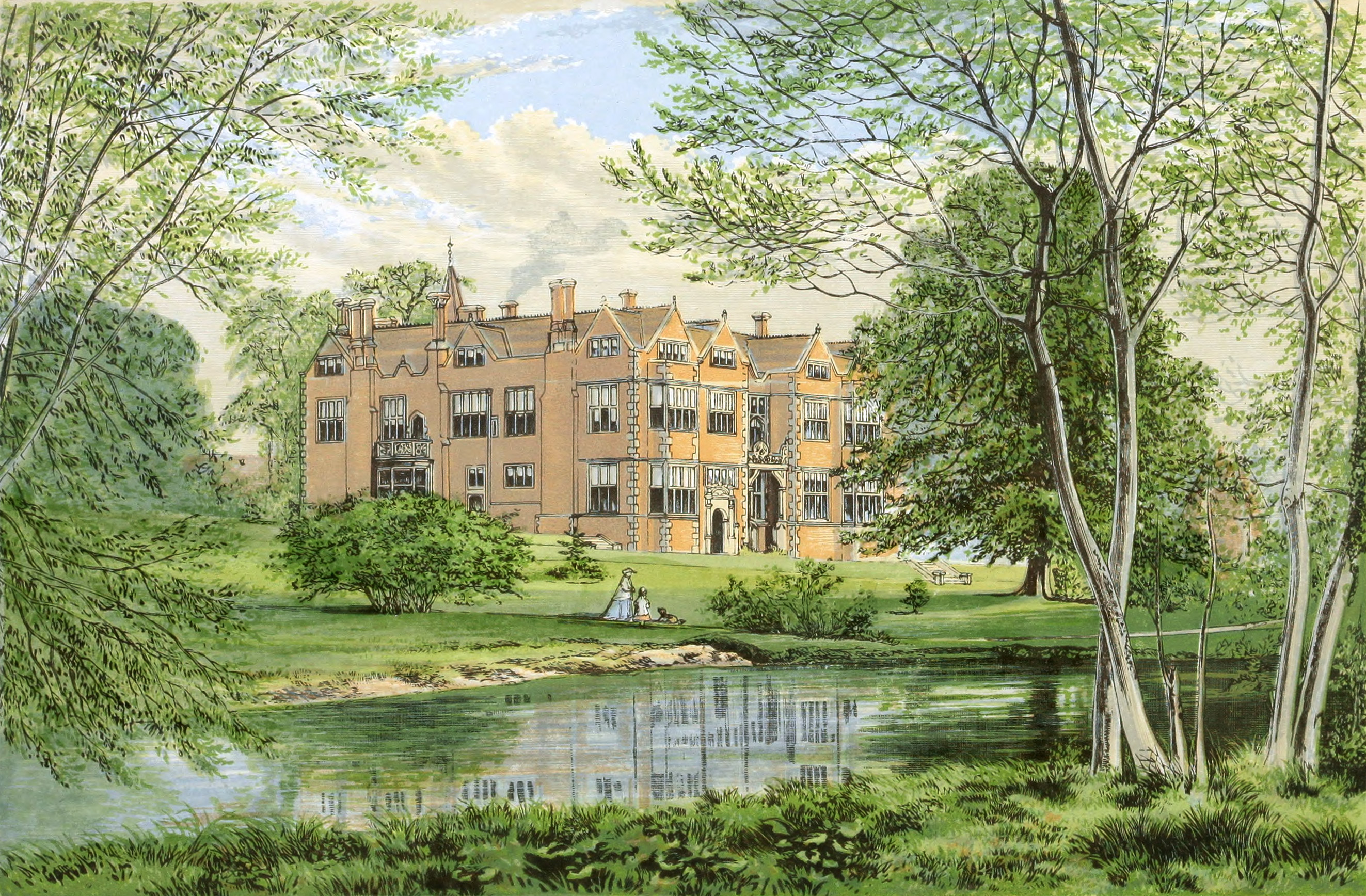 This place is situated in the parish of Horton Kirby, near Farninghani, in the county of Kent.

It belonged in Henry the Third’s time to a family of the same name, Frank, or Franks, which came out of Yorkshire and settled here.

This name, sometimes written Frankish, in Henry the Sixth’s time was changed to that of Martin, and the seat continued with the same till the reign of Queen Elizabeth, when it was sold to

Lancelot Bathurst, alderman of the City of London, who pulled down the house, which was then situated on the right side of the river Darenth, and built a magnificent seat on the opposite bank, which in Philpott’s time was in possession of

Sir Edward Bathurst, and continued in his line till the beginning of the present century, when the estate was purchased by a person of the name of

Ray, and continued in that family till the year 1860, when it was bought, being then almost a ruin, by

Robert Bradford, Esq., who took down a great part of the interior, and restored it (as nearly as possible) to its pristine state.

After the decease of Mr. Bradford, the estate was sold by the family in 1871 to Frederick Power, Esq., who has done much towards completing and beautifying the whole mansion.

Queen Elizabeth used frequently to stay at this place when it was in the possession of the Bathursts, and there are now two rooms in the house which are called Queen Elizabeth’s rooms, and some of the fine old ceiling and panelling are preserved.

The river Darenth, which flows close by the house, is famous for its excellent trout fishing. Darenth Wood has also long been noted by entomologists as an excellent hunting-ground.

The Bradford family is one if those so numerous in England, which either have originally derived their name from, or have conferred it upon, some “local habitation.” In the present instance indeed the family evidently belongs to the former of these two classes, and has doubtless received its “unde derivatur” from a place; but seeing there are towns or villages called Bradford in no fewer than five English counties, to wit, Yorkshire, Somersetshire, Devonshire, Wiltshire, and Dorsetshire, we need not curiously inquire, at least it would be to no purpose if we did, which of the said counties, or the said towns in them, was the residence of the first Bradford of Bradford, the town or village itself having in times long before received its own designation from the broad ford which gave a passage to the “rude forefathers of the hamlet” over the river or stream on the banks of which they had pitched their tent.

The family of Bradford derives from an ancient house, and has the honour of numbering among its ancestors the ever-memorable and noble Bradford the Martyr.