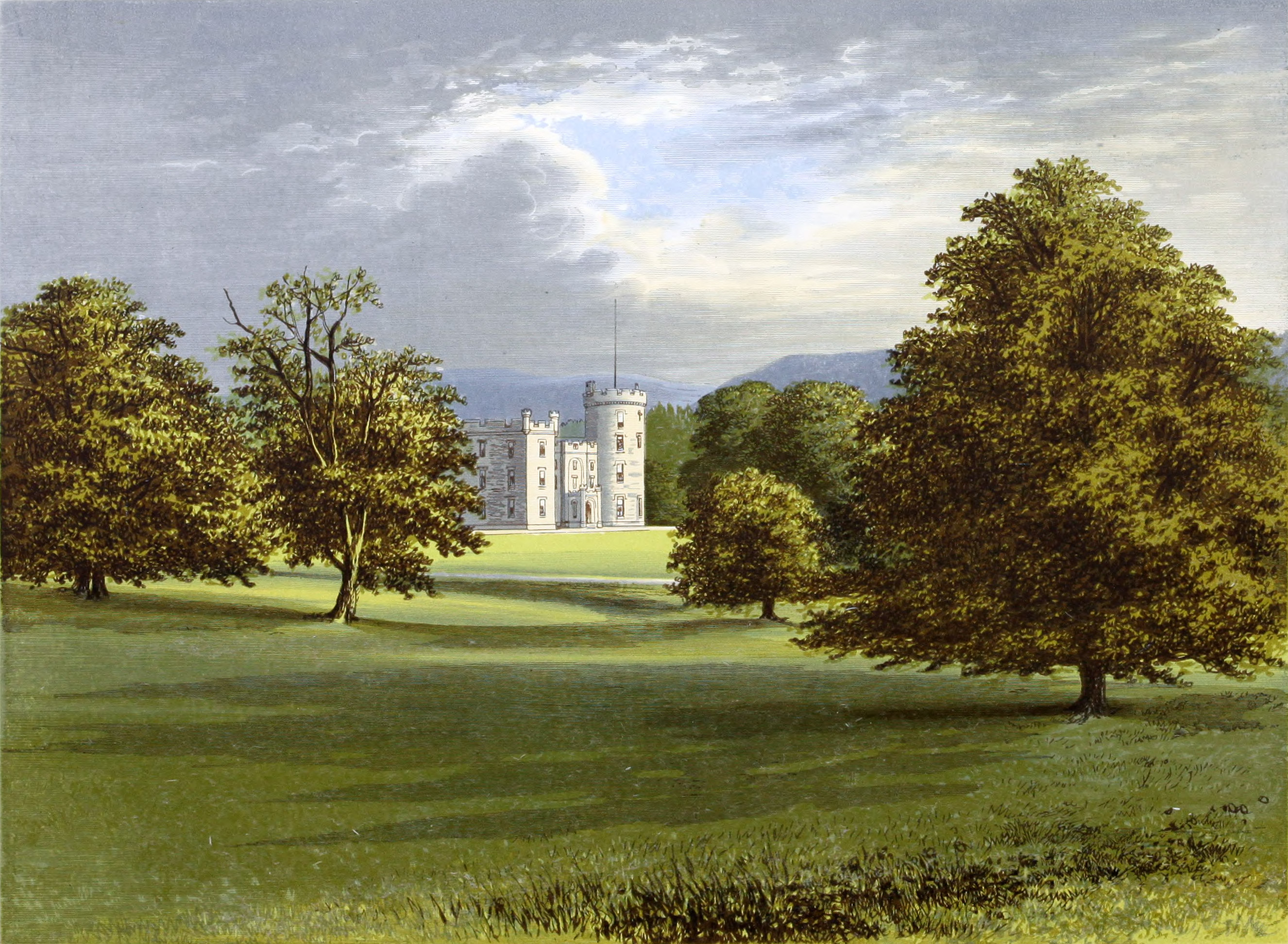 This place, originally called Putachie, is situated on the north bank of the river Don, which passes through the estate, as it winds “in and out,” on its course to the sea.

The present building is of recent erection, having been built in modern times by the then Lord Forbes.

John de Forbes was a man of rank and importance in the reign of William the Lion-hearted King. His son,

Fergus de Forbes, was father of

Alexander de Forbes, who lost his life in bravely defending the castle of Urquhart against Edward I. His wife was the sole survivor of the garrison, and after the castle was taken she fled into Ireland, and there gave birth to a son,

Alexander Forbes, who fought for King Robert Bruce. He fell at the battle of Dupplin, 1332, and was followed by his son,

Sir John Forbes, Knight, distinguished in the reigns of Robert II. and III. He married Elizabeth, daughter of Kennedy of Denure, and had, with other children, an eldest son,

Sir Alexander de Forbes. He was raised to the Peerage of Scotland by James II. before 1436, by the title of Baron Forbes. He married Lady Elizabeth Douglas, daughter of George, Earl of Angus, and dying in 1448, was succeeded by his eldest son,

James Forbes, second Baron Forbes. This nobleman married Lady Egidia Keith, daughter of William, first Earl Marischal, by whom he had three sons. At his death, about 14G0, his eldest son succeeded,

Alexander Forbes, fourth Baron Forbes, at whose decease without issue, the dignity devolved upon his brother,

John Forbes, sixth Baron Forbes, married, first, to Catherine, daughter of John, Earl of Atholl, brother of Jaines II. of Scotland; and secondly, Christian, daughter of Sir John Lundin, of Lundin, by whom he had, with four daughters,

John Forbes, eighth Baron Forbes, married, for his second wife, Jane, daughter of James Seton, of Touch, and was succeeded by his son,

Alexander Forbes, tenth Baron Forbes, who served under the renowned Gustavus Adolphus. He married, first, Anne, daughter of Sir John Forbes, of Pitsligo, and had an only son, his successor,

William Forbes, eleventh Baron Forbes, who was succeeded, in 1691, by his elder son,

William Forbes, twelfth Baron Forbes, P.C. under King William, and Lieutenant-Colonel of the Horse Guards, married, first, to Margaret, daughter of Alexander, Earl of Kelly; and secondly, to Anne, daughter of James Brodie, Esq., of Brodie, aud dying in 1716, was succeeded by his elder son,

William Forbes, thirteenth Baron Forbes, who married, in 1720, Dorothy, daughter of William Dale, Esq., of Covent Garden, Westminster. He lost a fortune of £20,000 by the South Sea Bubble. He died in 1730, and was succeeded by his only son,

Francis Forbes, fourteenth Baron Forbes, at whose decease, while a minor, in 1734, the dignity reverted to his uncle,

James Forbes, fifteenth Baron Forbes. His Lordship married Mary, widow of John Forbes, Esq., of Monymusk, and left an only son, at his death in 1761,

James Forbes, sixteenth Baron Forbes, Deputy-Governor of Fort William, who married, in 1760, Catherine, only daughter of Sir Robert Innes, Bart., of Orton, and had, with other issue,—he died July 29th., 1804—

James Ochonchar Forbes, seventeenth Baron Forbes, a representative Peer of Scotland, born March 7th., 1765, a General in the Army, and Colonel of the First Fusiliers. He married, in 1792, Elizabeth, eldest daughter of Walter Hunter, Esq., of Polmood, in Peebleshire, and by her had issue a large family, of whom the second son, surviving at his death, May 4th., 1843, was

Walter Forbes, eighteenth Baron Forbes, who was bom May 29tb., 1798, and married, January 31st., 1825, Horatia, seventh daughter of Sir John Gregory Shaw, Bart., of the county of Kent. His Lordship was in the Coldstream Guards, and at the battle of Waterloo, and at his death, May 2nd., 1868, left, with other children, a second son to survive,