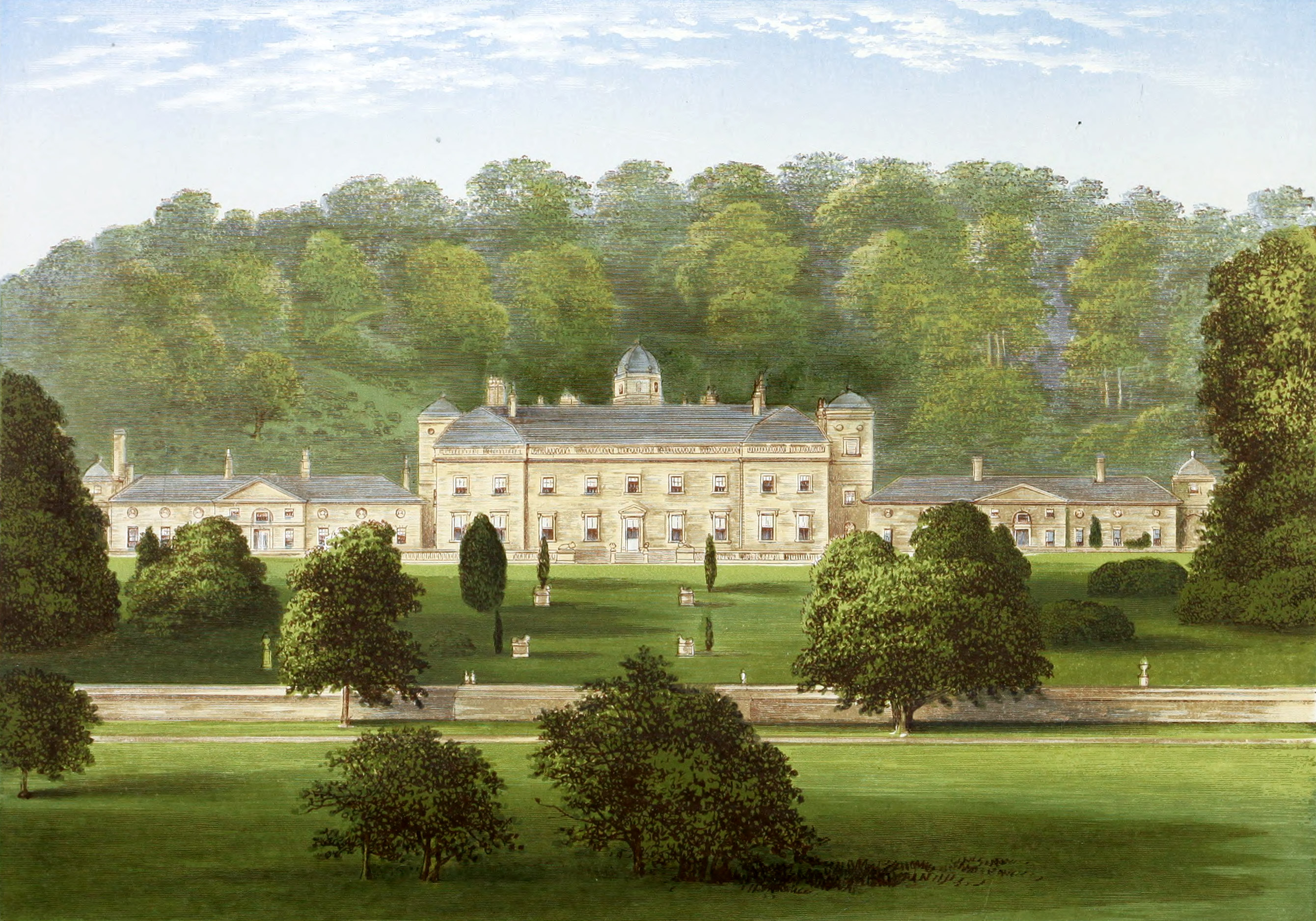 I quote the following from one of the printed accounts of the place:—“Castle Hill, about three miles from South Molton, but in the parish of Filleigh, is the splendid seat of Earl Fortescue, whose ancestor, Martin Fortescue, Esq., (son of the Chief Justice of that name), obtained the manor by his marriage with an heiress of the Deynsells. The grounds were laid out in a somewhat formal style, about the year 1740, by the first Earl Foi-tescue, then Baron Clinton, but numerous improvements have since been made in accordance with the modern style of landscape gardening. The mansion is seated on the acclivity of a finely wooded eminence, commanding an extensive prospect; and several pleasing slopes descend from the terrace to a sheet of water, beyond which the ground again rises. Various ornamental buildings are raised in different parts of the park. The shrubbery includes some Portugal laurels of remarkable size, the trunk of the largest of which is between nine and ten feet in circumference; and in the kitchen garden is a peach tree of luxuriant growth, reaching to the top of a sixteen-feet wall, and extending its branches nearly fourteen yards.”

“Venerable and almost uniform tradition” derives this house from

Richard le Fort, Cup-bearer to the Norman William, and who saved the life of the Duke, who had three horses killed under him, by protecting him with his shield, and so thenceforward became known as Fort-escu, or “the strong shield.” His son was

Sir Adam Fortescue, Knight. Descended from him is stated to have been

William Fortescue, of Winston, living in 1406, who married Elizabeth, sister and coheiress of Thomas Beauchamp, of Byrne, Dorsetshire, and widow of Richard Branscomb. The descents after him were as follows:—His second son,

Martin Fortescue, Esq., who died in 1472. His wife was Elizabeth, daughter and heiress of Richard Deynsell, of Filleigh and Wear Grifford.

Hugh Fortescue, Esq., of Filleigh and Wear Gifford, man-ied to Bridget, only daughter and heiress of Hugh Boscawen, Esq., of Tregothnan, Cornwall.

Sir Hugh Fortescue, K.B., summoned to Parliament March 16th., 1721, as Lord Clinton, in right of his maternal grandfather, and created Baron Fortescue, of Castle Hill, Devonshire, July 5th., 1746, and Earl of Clinton, the Barony to revert, in default of male issue, to his half brother, which it did; namely, to