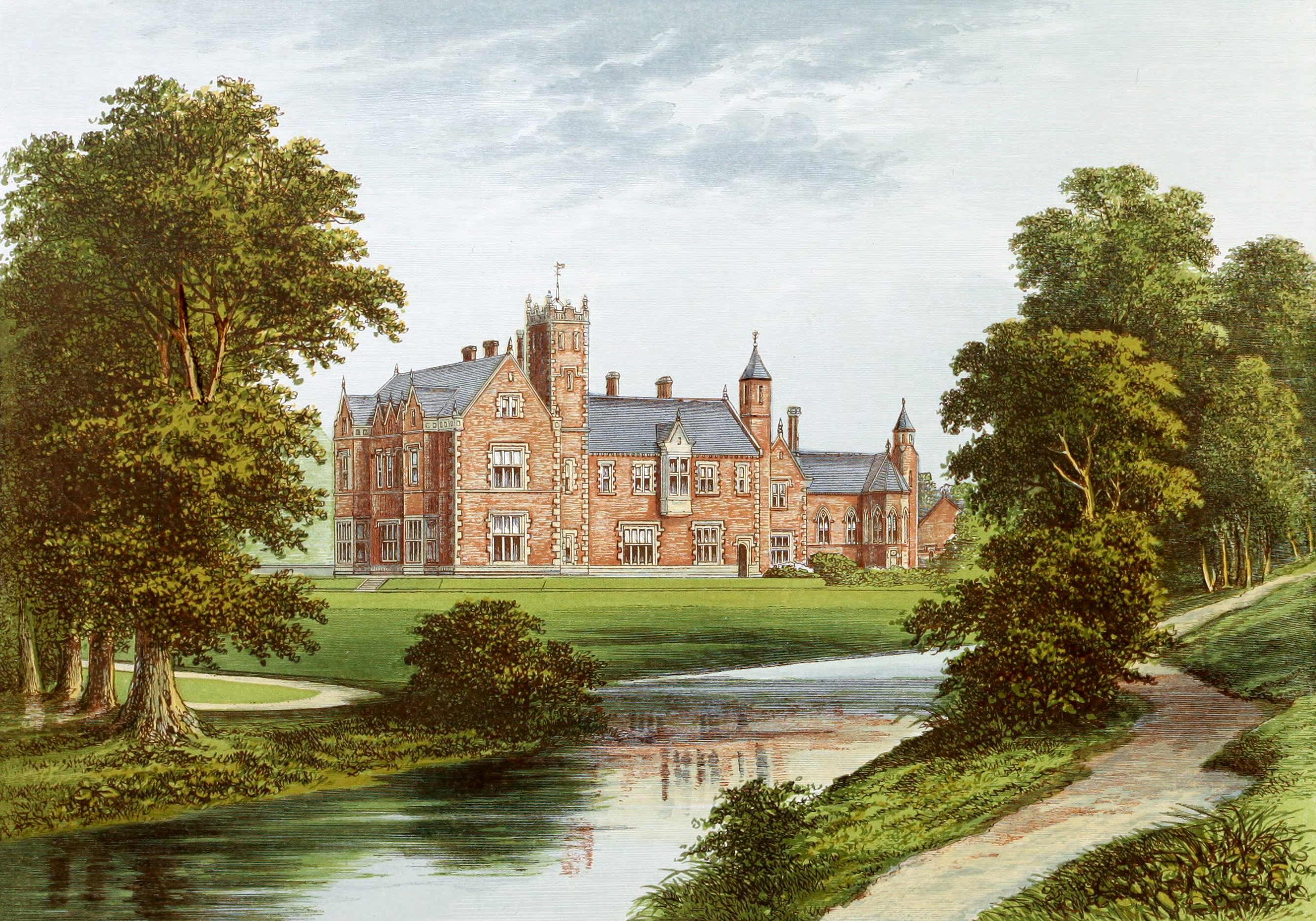 Here was formerly—the place then called Thikeked, or Thikeved,—a Benedictine Nunnery, founded by Roger Fitz-Roger in the reign of King Richard the First.

In the year 1542, King Henry the Eighth granted the site of the Priory to John Aske, with whose descendants it remained until the reign of Queen Mary, when it passed into the hands of the family of Robinson, from whom it was purchased in the year 1804 by

The family of Jefferson owned property from the year 1680 in the parish of Hooke, near Goole, and that of Dunnington from the year 1696 in the adjoining township of West Cottingwith.

The mansion was built in the years 1846 and 1847, by Mr. Edward Blore, the well-known architect, of London.

Rev. Joseph Dunnington-Jefferson, Prebendary of York, and Incumbent of Thorgonby, Yorkshire, married, May 28th., 1839, Anna Mervinia, eldest daughter of Sir Henry Maghull Mervin Vavasour, Barf., and had with other children, an eldest son,

The ancient family of Vavasour, of Spaldington, Yorkshire, now extinct in the male line, derived from

Sir Henry Vavasour, Knight, tempore Edward III., a scion of the family of Vavasour of Hazlewood, Yorkshire,—also now extinct in the male line. His descent ended in the ninth generation with

Thomas Vavasour, Esq., of Spaldington, whose only daughter and heiress,

Mary Vavasour, of Spaldington, inherited the property at his decease in 1679. She married Sir Ralph Assheton, Bart., of Middleton, in Lancashire, and dying in 1694, the eldest of their three daughters, coheiresses,

Anne Vavasour, of Spaldington, married Humphrey Trafford, Esq., of Trafford, and had, with other children who died without issue, a daughter,

Elizabeth Trafford, of Spaldington, who married Mail Yates, Esq., of Mail, Lancashire, and dying in 1788, left three daughters, of whom the eldest coheiress,

Anne Assheton Yates, of Spaldington, married Lieutenant-Colonel Henry Nootb, of the Fourth Dragoon Guards. He assumed the name and arms of Vavasour, by sign manual, dated March 26th., 1791, and was created a Baronet of the United Kingdom, March 20th., 1801. He died March 15th., 1813, his only surviving child being the above-named Sir H. M. M. Vavasour, Bart.