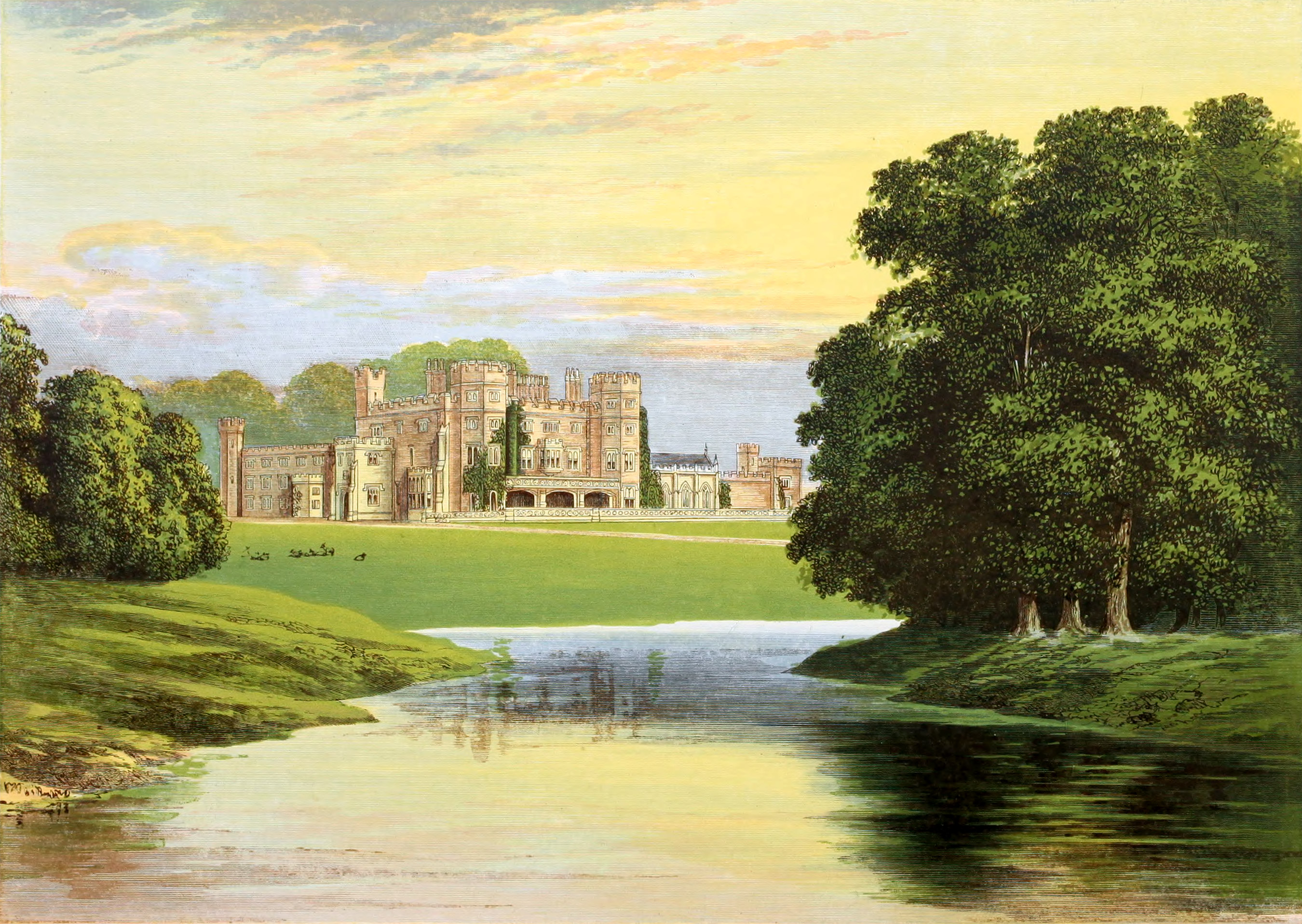 One of a long shelf-full of presentation copies of the voluminous works of Sir Bernard Burke, the first and best of their kind, sent to me from time to time by him, is a small one, written for his children, entitled “The Sovereigns of England, from the Norman Concpaest, in Rhyme.” The short preface, addressed to them, begins with these words, “Believe me, the History of England is the most amusing of books—far more interesting than Fairy Tales or Romances.”

Never was a more true word written or spoken. It is as true of it as of the Book of Nature, that

Turn to what page you will, you will find the truth of this. Read straight ou, or open a volume at random, it is always one and the same, in having always something new and different on each and every page. Every variety of human character, from the most noble to the most base, is here pourtrayed from the life. Every volume has its “chapter of accidents/’ of “moving accidents by flood and field,’ and every here and there is some “ower true a tale,’ which moves the heart witli pity, or makes the blood run cold.

About two miles from Sundorne is a spot called Battle Field, on which the great conflict of Shrewsbury was fought, in which Earl Douglas was taken prisoner, his horse having fallen as he was hurryiug down Haugmond Hill. Now a Church lias been built upon it, a peaceful contrast to the scene of war.

The ruins of Haugmond Abbey, which formerly stood here, are still remaining, on a rising ground, a forest bounding it on one side, and the other commanding a noble view over the great plain of Shrewsbury, with the town and castle, almost surrounded by the river Severn.

The house is of Gothic architecture, and was built in the year 1740, but has been considerably altered since.

The entrance-hall is very large, and the staircase oE richly carved oak. The library is fifty-two feet long, with a wide square recess, having a large mullioned window of stained glass. In an ante-drawing-room is a table filled with one hundred and twenty-eight different kinds of foreign marbles.

Richard Pigott, Esq., married the daughter and heiress of Richard de Peshall, of Chetwynd, Shropshire, and with her acquired that fine estate.

Thomas Pigott, Esq., of Chetwynd, was father of

Robert Pigott, Esq., of Chetwynd, High Sheriff of Shropshire in 1574, married Elizabeth, daughter of William Gatacre, Esq., of Gatacre, and had a large family. The eldest son,

Thomas Pigott, Esq., of Chetwynd, High Sheriff of the County in 1615, married Dorothy, daughter of Thomas Eyton, Esq., of Eyton, and dying in 1620, was suc- ceeded by his son,

Walter Pigott, Esq., of Chetwynd, High Sheriff of Shropshire in 1624. He married Katheriue, daughter of Sir Richard Leveson, Knight, and had a son,

Thomas Pigott, Esq., of Chetwynd, who married Anne, daughter of Ralph Sneyd, Esq., of Keele, Staffordshire. He died in 1665, and was followed by his son,

Walter Pigott, Esq., of Chetwynd, married to Anne, daughter of Sir John Dryden, Bart., of Canons Ashby, Northamptonshire, and dying in 1669, was succeeded by his eldest son,

Robert Pigott, Esq., of Chetwynd, and of Chesterton Hall, Huntingdonshire, born November 21st., 1699, married, first, Diana, daughter and coheiress of Richard Rocke, Esq., of Shropshire, but had no children. He married, secondly, Anne, daughter of — Peers, Esq., of Criggion, Montgomeryshire, and died in May, 1770. His eldest son,

Robert Pigott, Esq., High Sheriff of Shropshire in 1774, of Chetwynd, sold that estate, and married, lived, and died abroad, July 7th., 1794, having a son who died before him. His brother,

The Rev. William Pigott, Rector of Chetwynd and Edgmond, married Arabella, daughter of John Mytton, Esq., of Halston, and had issue. He died March 7th., 1811. The second son, the eldest having died,

The Rev. John Dryden Pigott, Rector of Edgmond, married, February 3rd., 1806, Frances, second daughter and coheiress of Henry Bevan, Esq., of Shrewsbury, and had a large family, of whom the eldest son,

The Rev. John Dryden Pigott, born April, 1808, became owner of Sundorne Castle at the death of Annabella, Lady Brinckinan, January 23rd., 1864, and assumed, in 1865, the additional surname of Corbet.