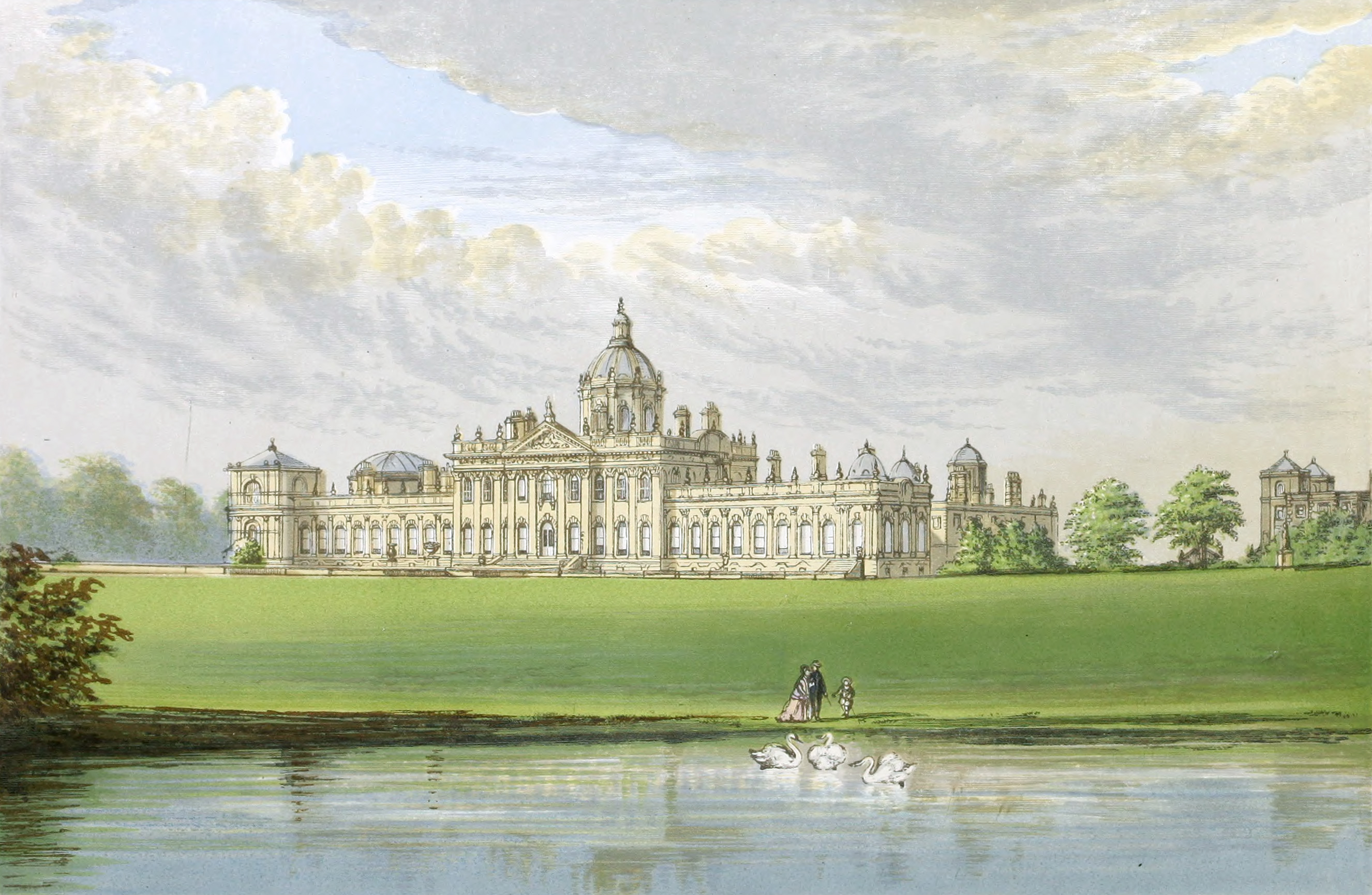 Near Malton, Yorkshire.—Earl of Carlisle.

Castle Howard was anciently called Hinderskelfe, the word meaning Hundred-hill, or the place where the Hundreds meet, the Wapentakes, namely, of Bulmer and Ryedale.

It is finely situated in a well-wooded district, on a gentle eminence, in the centre of a tract of similar character, and looks down on one side on an extensive and ornamental lake.

Its history is as follows:—

In the year 1070, Malcom, King of Scotland, ravaged the place.

The old castle of Hinderskelfe was built in the reign of Edward III., by the then Baron of Greystock.

Elizabeth, who married Thomas, Lord Dacre of Gilsland, in which family it was continued till the marriage of

Elizabeth, sister and coheir of George, Lord Dacre, with

Lord William Howard, third son of Thomas, Duke of Norfolk, in consequence of which Hinderskelfe passed into the noble family of the Howards, in which it has since continued.

The ancient castle of Hinderskelfe being accidentally burnt down, the present edifice was raised on its site about the year 1702, by Charles, third Earl of Carlisle, then Earl Marshal of England, and the name of the castle retained, though the building has no castellated features. Sir John Vanbrugh was the architect. It is always open to the public in the most liberal manner.

The museum contains a variety of valuable mosaics, marbles, etc.

There are besides a large number of other paintings, upwards of sixty, more or less valuable, of which the artists’ names are not satisfactorily known; and many valuable and beautiful statues, busts, and bronzes, besides paintings on the walls and ceilings.

The family of Howard descends from William Howard, an eminent lawyer, who was made Chief Justice of the Court of Common Pleas, and acted in that capacity from 1297 to 1308.