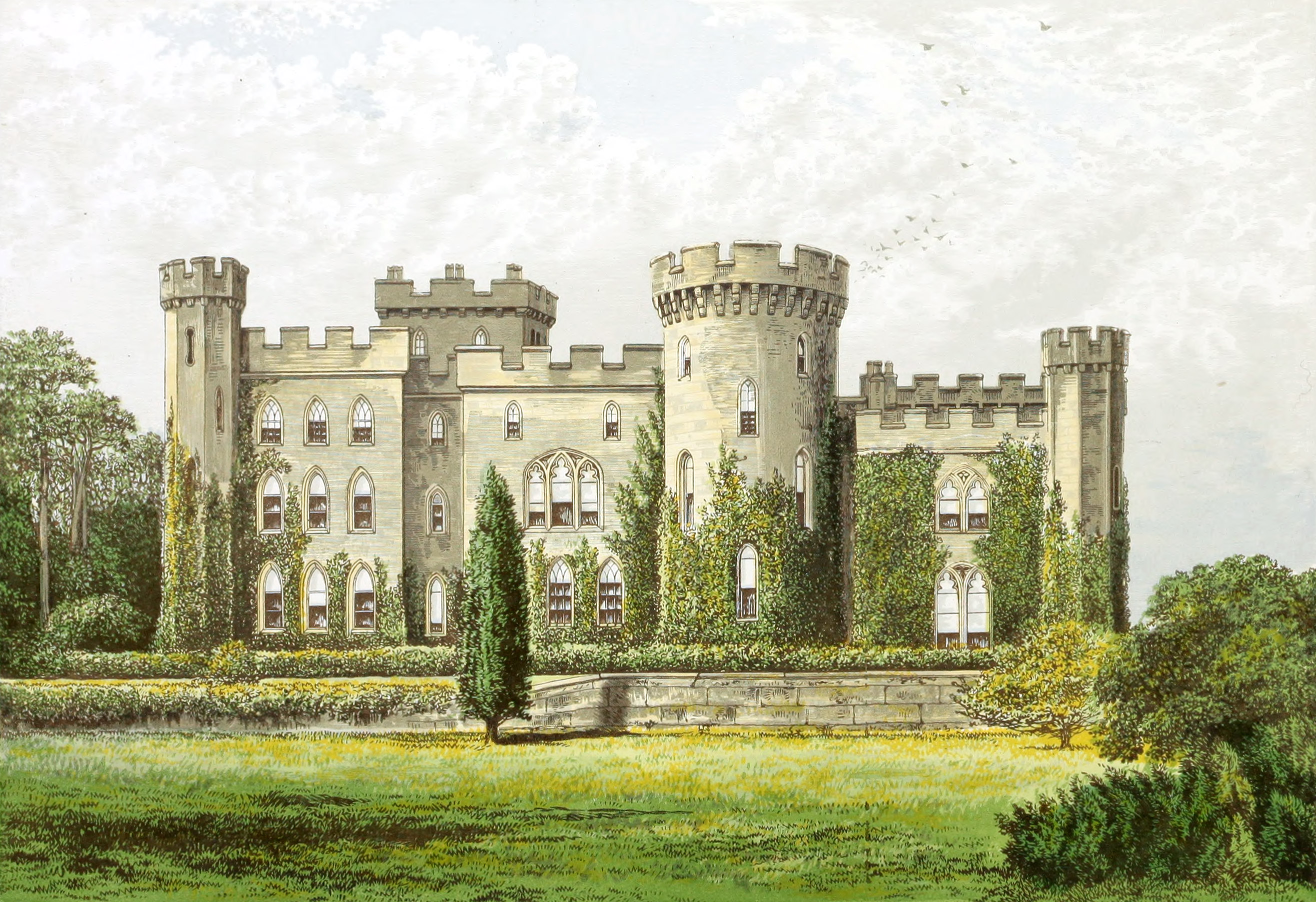 Near Malpas, Cheshire.—Marquis of Cholmondeley.

Cholmondeley Castle is situated about four miles from Malpas, aud about eight from Nantwich, in the county of Chester.

Here was an ancient hall, which in its turn was succeeded by another then modern one, built in the reign of Queen Elizabeth. Upon a carved beam were engraved the initials of Sir Hugh Cholmondeley, Knight, and Mary his wife.—S.H.C. M.C.

During the civil wars Cholmondeley House was used as a garrison, first by the Cavaliers, and then by the Roundheads. In the first instance the Parliamentarians attacked it, killed fifty of the Royalists, and carried off six hundred horses. On the 24th. of the same month the cavalry poured out of Cholmondeley and plundered Nantwich without mercy. In November the tide of war again turned, and the Cromwellians came into possession, but only to be summarily ejected by the king’s troops, who, however, were again dislodged by the others, June 30th., 1644.

The facts are thus related by Burghall in his diary:

“Sunday. They marched towards Cholmondeley House with three or four pieces of ordnance, and four cases of drakes, when two Nantwich companies, volunteers, guarding the great piece of ordnance, met them; and before break of day they planted all their great pieces within pistol-shot of the house, and about three or four in the morning, after they had summoned them, they played upon it, and shot through it many times; and they in the house shot lustily at them with their muskets. The besiegers, playing still on them with their ordnance and small shot, beat them at last out of the house into their works, where they continued their valour to the utmost, themselves being few, killing four or five more of them, and Major Pinkney, a brave commander; but being too weak to hold out any longer, about one in the afternoon they called for quarter, which was allowed; and Mr. R. Horton, captain of the horse, let down the drawbridge/’—it was moated round “and opened the gates, when the Earl of Denbigh, Colonel Booth, and the rest entered, and took the captain and all the rest prisoners—about thirty-six—with their arms and provisions.”

A domestic chapel in Cholmondeley Castle has stood for more than five hundred and fifty years, the date of its erection being attested by the original grant.

The family of Lord Cholmondeley derives from

Hugh, Baron of Malpas, in Cheshire, whose son,

Robert, left a daughter and heiress,

Lettice, who married Richard le Belward, and their son (or grandson) was William le Belward, whose second son,

Robert le Belward, having had the lordship of Cholmondeley bestowed on him by his father, fixed his residence there, and assumed his surname therefrom.