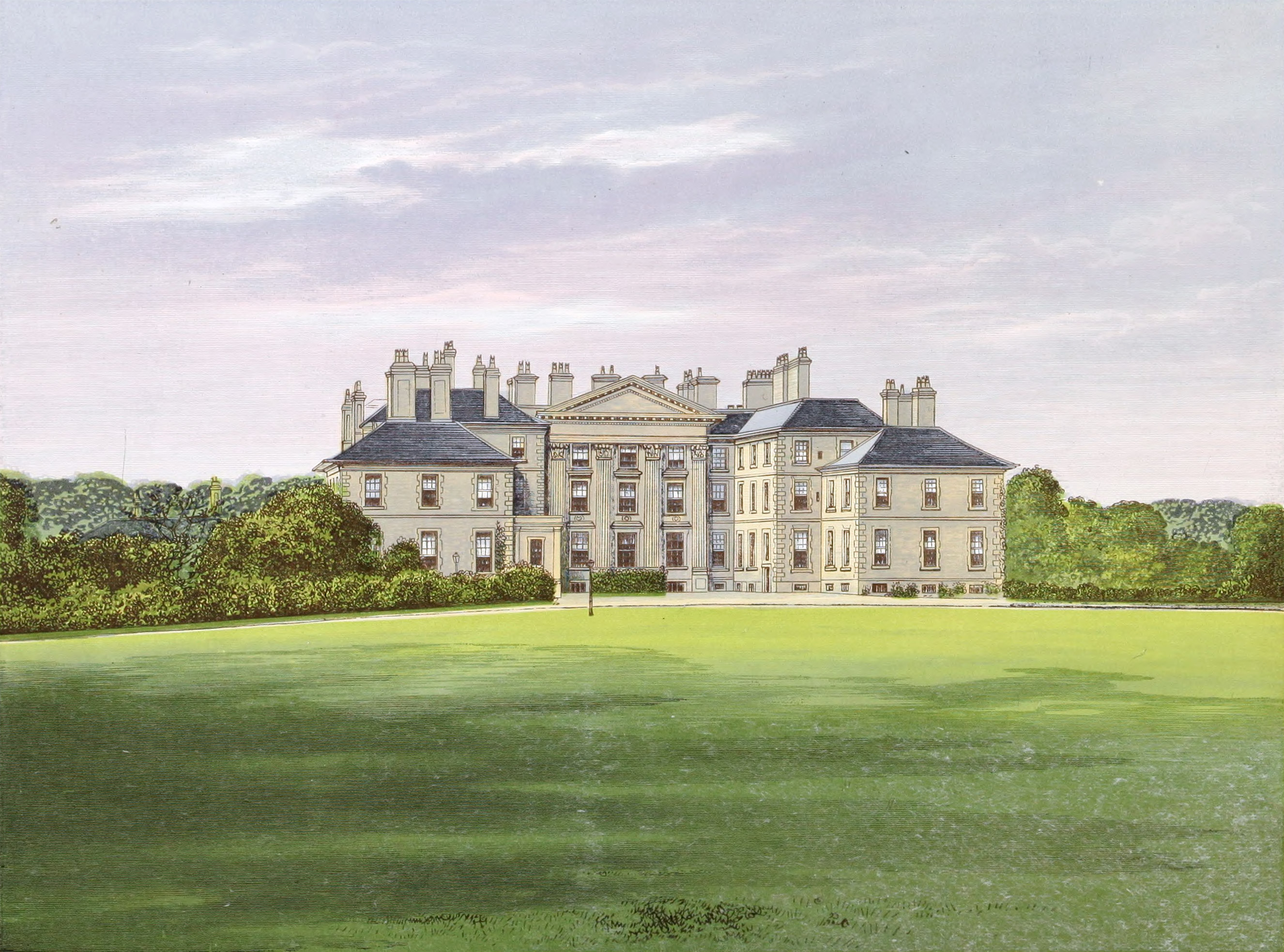 Near Edinburgh, Mid Lothian.—Duke of Buccleuch.

This magnificent seat stands on a knoll in view of the confluence, at about half a mile distant, of the rivers North Esk and South Esk, each of which gives a title to a nobleman of Scotland.

In ancient times there was a castle here, the residence of the family of Morton.

The park, of about eight hundred Scotch acres, surrounded by a wall, is adorned with a quantity of oak and other fine timber.

The estate has been held by the family of the Dukes of Buccleuch since the year 1642.

James, Duke op Monmouth, K.G., illegitimate son of Charles II., by Lucy, daughter of Richard Walters, Esq., of Haverfordwest, Pembrokeshire, married, in 1683, Anne, Countess op Buccleuch, and assumed the name of Scott. He and his Countess were created, April 20th., 1673, Duke and Duchess op Buccleuch, Earl and Countess of Dalkeith, Baron and Baroness op Whitchester and Eskdale, in Scotland. Their son,

James Scott, Earl of Dalkeith, married Henrietta, second daughter of Laurence Hyde, Earl of Rochester, and was father of

Francis Scott, second Duke of Buccleuch, who obtained a restoration of the Earldom of Doncaster, and Barony of Scott of Tynedale, held by his grandfather the Duke of Monmouth, and married, April 5th., 1720, Lady Jane Douglas, eldest daughter of James, second Duke of Queensberry, by whom he had

Francis Scott, Earl of Dalkeith, who dying before him, the successor to the titles, at his decease, April 22nd., 1751, was his son, by his Countess, Caroliue, eldest daughter aud coheiress of John, second Duke of Argyll and Greenwich,

Henry Scott, third Duke of Buccleuch, K.G., and K.T., born September 13th., 1746. His Grace, at the decease of the Duke of Queensberry without issue, December 23rd., 1810, succeeded to that Dukedom, the Marquesate of Dumfriesshire, the Earldom of Drumlanrig and Sanquhar, the Viscountcy of Nith, Thortholwold, and Ross, the Lordship of Douglas, of Kinmont, Middlebie, and Dornock, with the Barony of Drumlanrig. He married, in 1767, Elizabeth, daughter of George, Duke of Montagu, by whom he had, with five other children,