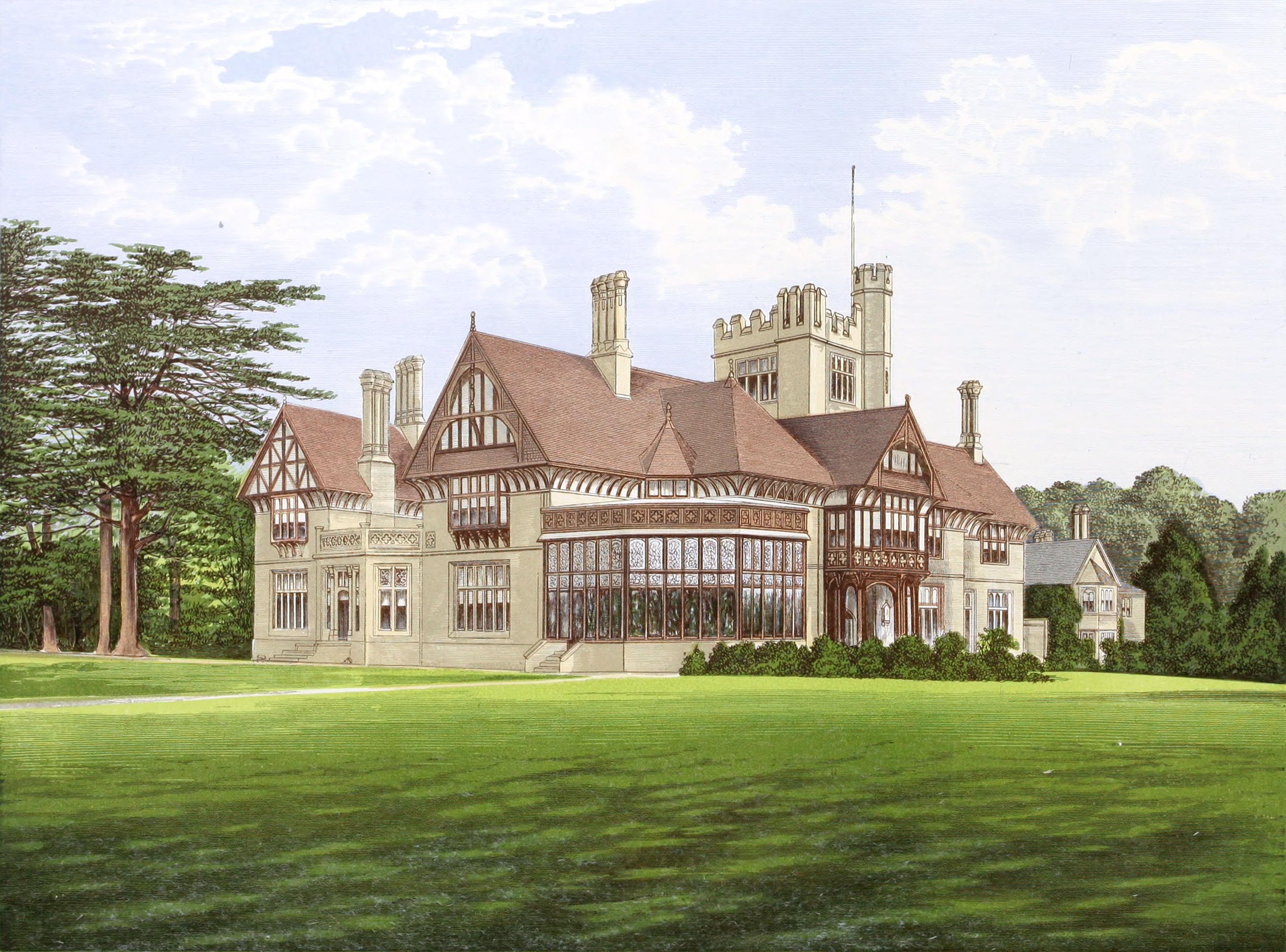 Near Midhurst, Sussex.—Earl of Egmont.

David Perceval, Lord of the Manors of Tykenkam, Rolleston, etc., in the county of Somerset, married Alice, daughter of Thomas Bytheruore, of Overwere, and dying in 1534, his second son to survive,

George Perceval, Esq., of Tykenham, etc., married Elizabeth, daughter of Sir Edward Bamfylde, of Poltimore, Devonshire, and dying about 1599, left, with one daughter, a son,

Richard Perceval, Esq., married, for his second wife, Alice, daughter of John Sherman, Esq., of Ottery St. Mary, in the county of Devon, and dying in 1620, was succeeded by their son,

Sir John Perceval, Knight, who was created a Baronet of Ireland, September 9th., 1661, by patent, with the following unique clause, that “The eldest sou, or grand- son, shall exist a Baronet, after the age of twenty-one years, at the same time with the father or grandfather.” He married Catherine, daughter of Robert Southwell, Esq., of Kingsale, and died at the age of thirty-six, succeeded by his eldest son,

Sir Philip Perceval, second Baronet, who died unmarried September 11th., 1680, when the title devolved on his brother, (the third son, the second having been assassinated, June 5th., 1677, in the Strand, London, by some unknown hand), as

Sir John Perceval, third Baronet, who married Catherine, daughter of Sir Edward Dering, Bart., of Surrenden Dering, Kent, and was followed by his eldest son, he having died September 11th., 1686,

Sir Edward Perceval, fourth Baronet, who died in his ninth year in 1691, when the title went to his brother,

Sir John Perceval, fifth Baronet, a P.C. of Ireland, and M.P. for several years in the Irish House of Commons, when he was raised to the Peerage of Ireland, by patent dated April 21st., 1715, as Baron Perceval, of Burton, in the county of Cork, and further was created Viscount Perceval, of Kanturk, in the same county, February 25th., 1722. In 1732 he obtained a charter to colonise the province of Georgia, in America, and being nominated president of it, was advanced to the Earldom op Egmont in the Irish Peerage, November 6th., 1733. His Lordship married in 1710, Catherine, eldest daughter of Sir Philip Parker a Morley, Bart., of Erwarton, in Suffolk, by whom he left, at his death, May 1st., 1748, a successor,

John Perceval, second Earl of Egmont, born February 24th., 1710-11. He married, first, February loth., 1737, the Honourable Catherine Cecil, second daughter of James, fifth Earl of Salisbury, and secondly, January 26th., 175G, Catherine, daughter of the Honourable Charles Compton, who was created a Peeress of Ireland, May 19th., 1770, as Baroness Arden, of Lohort Castle. By his first wife, he left, at his death, December 20th., 1772, an eldest son,

June 4th., 1765, Isabella, only daughter and heiress of Lord Nassau Paulett, third son of Charles, second Duke of Bolton, and left, at his decease, February 25th., 1822, an only son,

Henry Frederick John James Perceval, fifth Earl of Egmont. He died, December 23rd., 1841, when he was succeeded in the family honours by his cousin, (grandson of the second wife of the second Earl),

George James Perceval, Baron Arden, an Admiral on the Retired List, born March 14th., 1794, who thus became sixth Earl of Egmont. He had married, July 24th., 1819, Jane, eldest daughter of John Hornby, Esq., of The Hook, Hampshire. He died without children, August 2nd., 1874, when the honours devolved on his nephew,

It is a curious fact which I have noticed in writing out the above account, that no fewer than six of the wives of successive representatives of this family bore the same Christian name of Catherine.