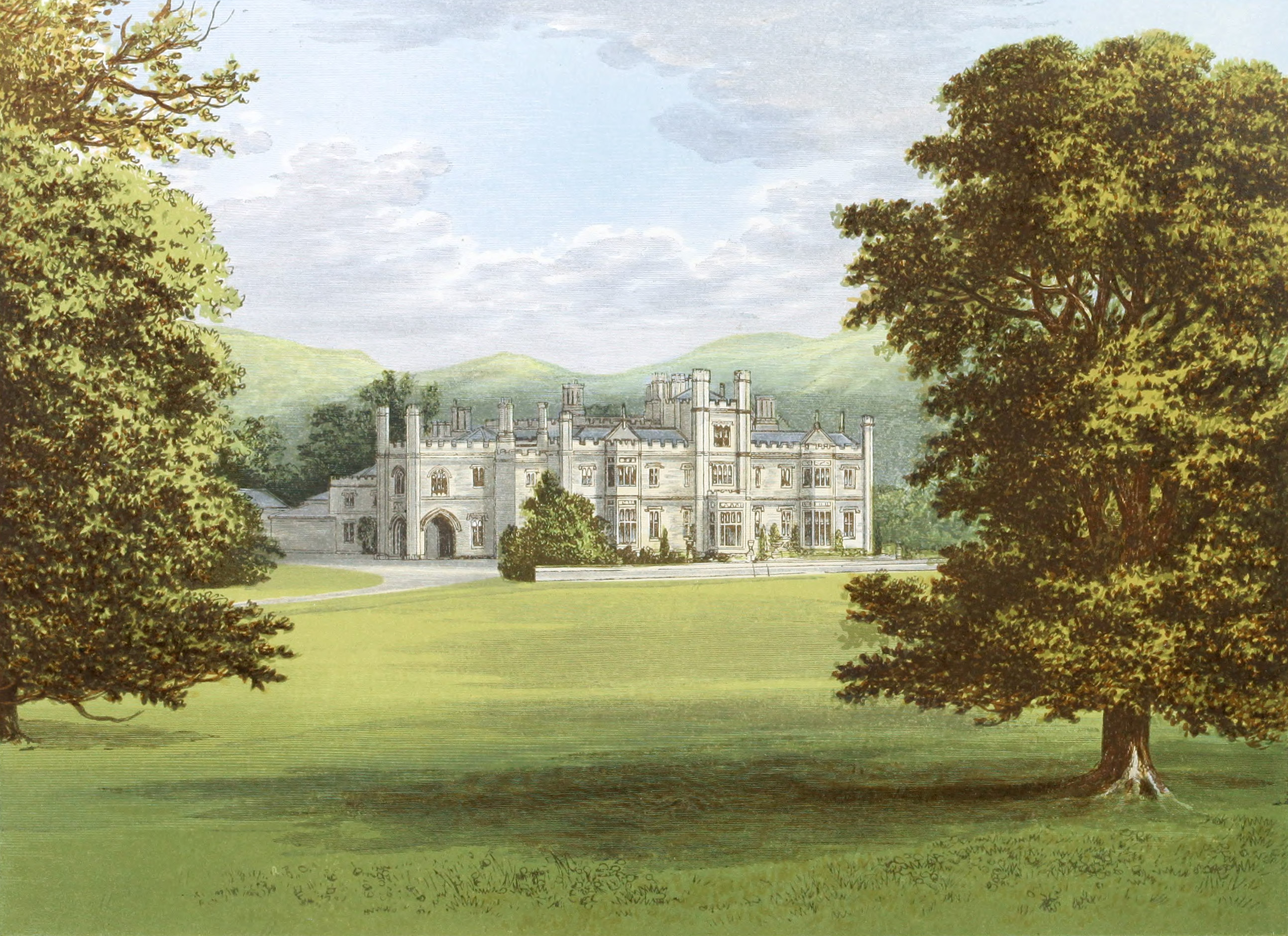 Near Falkirk, Stirlingshire.—Earl of Dunmore.

Dunmore House, a handsome structure in the Italian style, stands in the midst of a finely timbered park, looking out upon the Frith of Forth, opposite Alloa. The scenery is varied, and the views beautiful, including the range of the Ochil hills in one direction, and Stirling Castle in another, with the mountains round Loch Katrine and Loch Lomond. The- Dunmore woods are celebrated for their noble pines and beeches. The silver firs are remarkably fine.

Within the circle of the park, which is well stocked with deer, is a pretty Episcopal Church, erected in memory of the late Earl, and containing a stained east window, presented by the late Lord Herbert of Lea. Leading to the Church is an avenue of Wellingtonias, the seeds of which were brought by Lord Dunmore from Sierra Nevada.

There are some interesting old pictures in the house.

This family derives from a branch of that of the Duke of Atholl, as thus—

John Murray, first Marquis of Atholl, by his marriage with the Honourable Ameliana Sophia, daughter of James Stanley, seventh Earl of Derby, had for his second son,

Lord Charles Murray, Master of the Horse to Queen Mary, who was raised to the Peerage of Scotland August 16th., 1580, under the titles of Lord Murray of Blair, Moulin, and Tillymott; Viscount Fincastle, and Earl of Dunmore. He married Katherine, daughter of Robert Watts, Esq., and had several children, of whom the second and elder son to survive was

John Murray, second Earl, a General in the Army, Governor of Plymouth, and one of the Representative Peers of Scotland in 1713. He died unmarried April 18th., 1752, and was succeeded by his brother,

William Murray, third Earl. This nobleman married Catherine, daughter of his uncle Lord William Murray, and having become involved in the rebellion of 1745, was arraigned for high treason, and pleaded guilty, but obtained the king’s most gracious pardon. He died in December, 1756, and was followed in the title by his eldest son,

John Murray, fourth Earl, one of the Representative Peers of Scotland from 1761 to 1784. He married, February 21st., 1759, Lady Charlotte Stewart, daughter of Alexander Stewart, sixth Earl of Galloway, by whom, who deceased November 11th., 1818, he had a large family, the eldest son being

George Murray, fifth Earl, born April 30th., 1762, created a Peer of the United Kingdom in 1831, as Baron Dunmore of Dunmore. He married, August 3rd., 1803, Susan, daughter of Archibald Hamilton, ninth Duke of Hamilton. The Earl died November 11th., 1836, and was succeeded by his eldest son,

Augustus Edward Murray, Viscount Fincastle, born April 22nd., 1871, to whom His Royal Highness the Prince of Wales was Godfather.

Read more at Builtings at Risk »