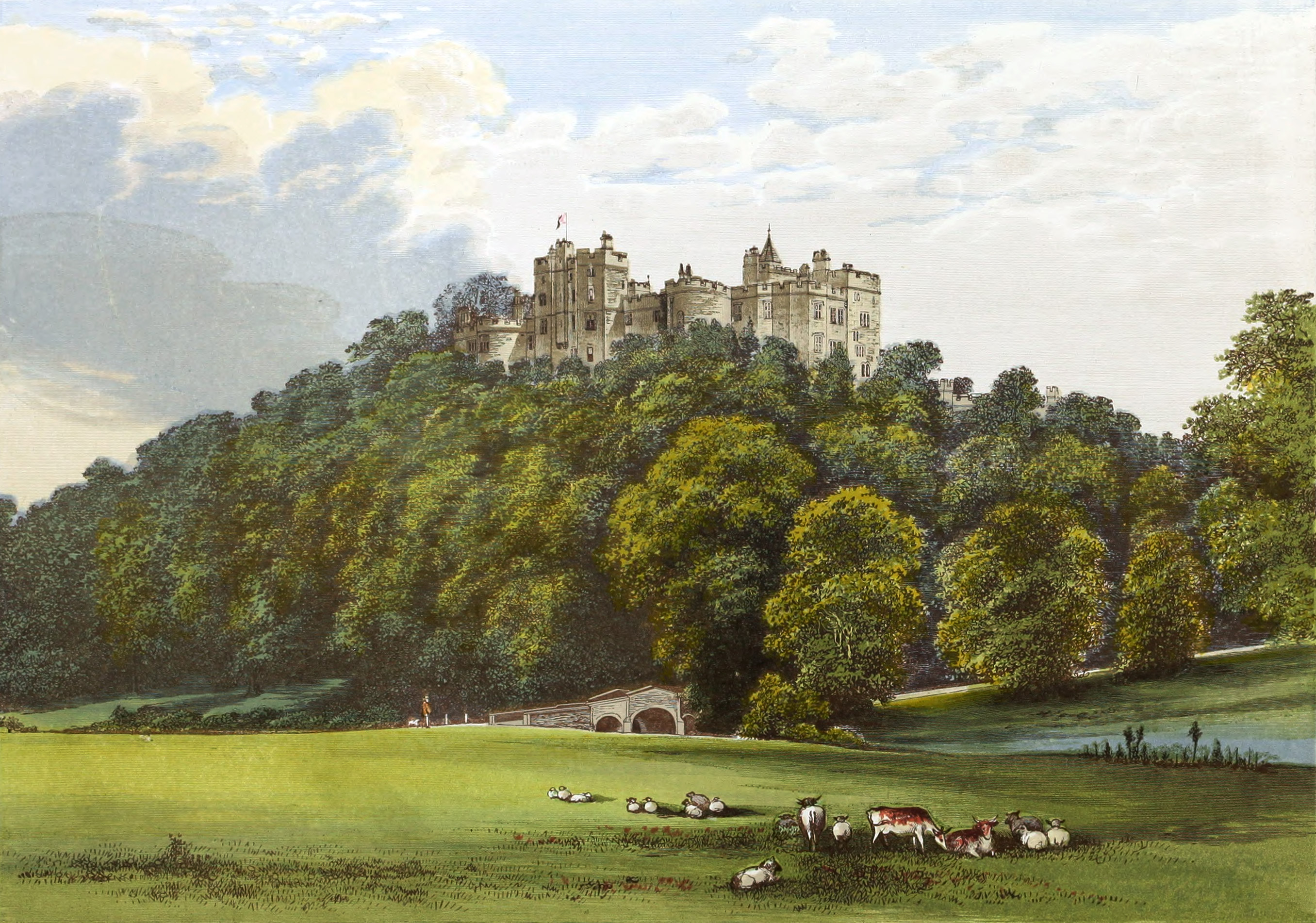 It is stated that the name of this place is derived from the words Dun, or Dune, a ridge of hills along a coast, and Torre, a tower; the latter, however, evidently came from the Latin word Turris.

After the Norman Conquest, Dunster was first held by

Sir William Mohun, of the once potent family of that name, and next went to that of

“The ancient castle, so far as we have the means of judging, was a quadrangle, while the keep was in all probability circular. The present castle was erected, in the reign of Queen Elizabeth, upon the site of the older building—that is, upon the south-eastern side of the conical hill called the Torr, commanding a view of the whole length of the Fore Street, beyond which is Conigar Hill, whose crest aud sides, to the extent of nearly thirty acres, are clothed with wood. The top of the hill is no more than a thin ridge, with the shell of a tower at its eastern extremity. The tower, which was built by a former Mr. Luttrell, is overgrown with ivy, has the appearance of being in ruins, and serves as a landmark to seamen navigating the British Channel.”

In the grounds is a remarkably fine lemon-tree, growing in the open air, requiring, however, to be protected during the winter months.

Henry Fownes, Esq., of Nethway House, Devonshire, married, in February, 1746, Margaret Luttrell, only child and heiress of Alexander Luttrell, Esq., of Dunster Castle, and she and her husband assumed the additional name and arms of Luttrell. They were succeeded by their eldest son,

John Fownes-Luttrell, Esq., of Dunster Castle, M.P. for Minehead, who married, August 3rd., 1782, Mary, eldest daughter of Francis Drewe, Esq., of Grange, Devonshire, and by her had issue, with several other children,—he died February 16th., 1816,—