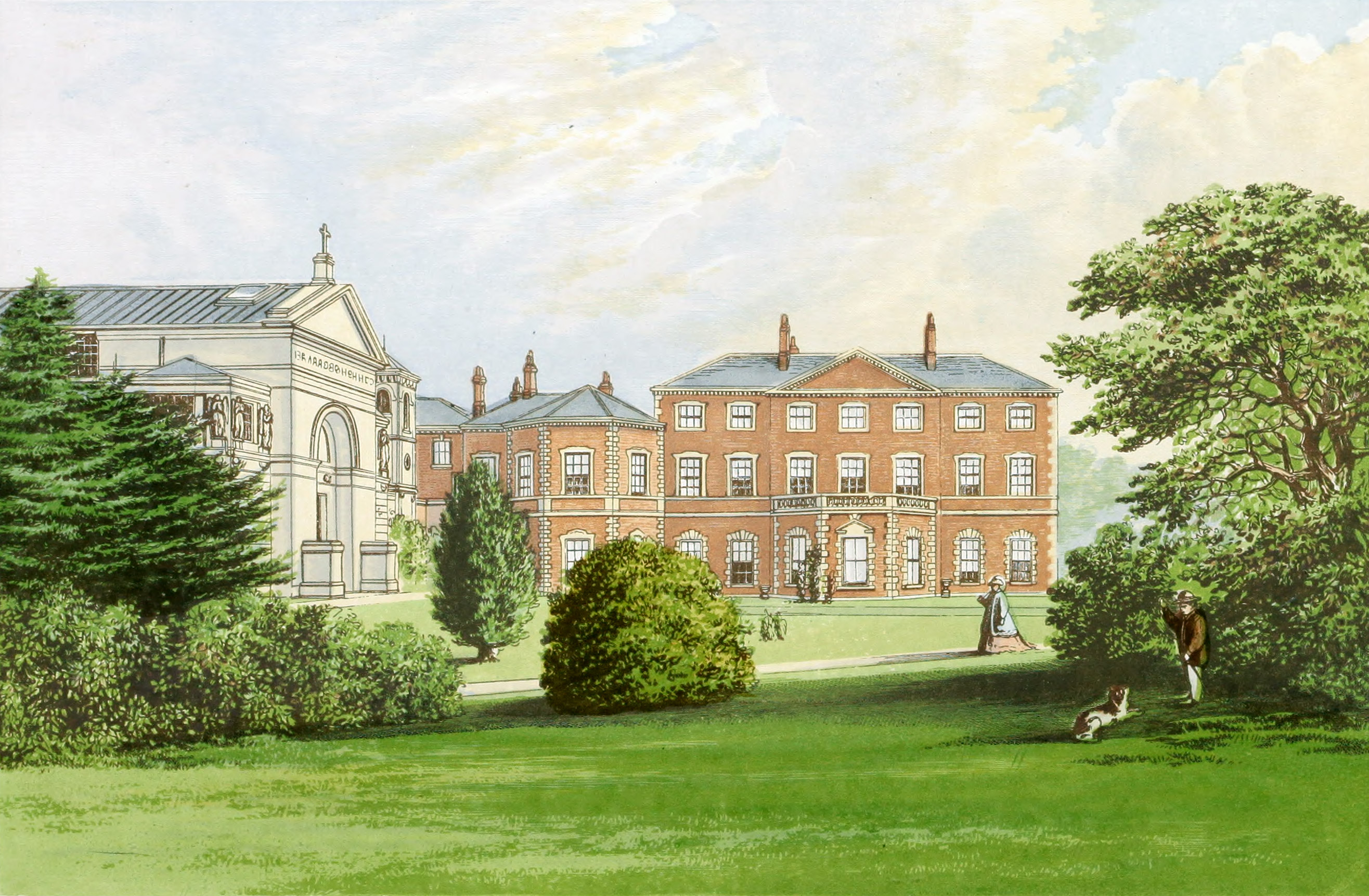 Everingham is one of those homely English mansions which speak to the passer-by of the quiet peacefulness of the “land we live in,” and suggest thought of the word “comfort,’ a word said to be peculiar to our country, and to have no counterpart in any foreign language, the reality in its fulness being only known in Old England.

The house is of red brick, built about the year 1760. It stands at one corner of an extensive deer park, well wooded with ancient oaks and a variety of other trees. Attached to it is a handsome Roman Catholic Chapel, designed after the “Maison Quarrée” at Nismes, in Languedoc.

This park, which is about five miles from Market Weighton, in the East-Riding of Yorkshire, was anciently a domain of the Archbishops of York, and was given about the year 600 to a noble lady named Everilda, or Everildis, afterwards called Saint Everilda. She founded here a large convent, which was called Everildisham after her, and the village feast, as I am informed by Lord Herries, is still held in honour of her name; but the church, I find, is stated in Lawton’s “Collectio rerum Ecclesiasticarum,” to be dedicated to Saint Emeldis.

The church, in which was a chantry, was in the patronage of the Everinghams, and the estate came from them to the Elleys, next to the Suthills, and lastly to the Constables, of Flamborough, by the marriage of the heiress of John Suthill, Esq., with Sir Marmaduke Constable.

The town of Everingham was held by the family of Everingham, (namely, half a knight’s fee or the manor,) of the fee of the Archbishop of York, by the service of performing the office of butler in his house upon the day of his enthronization and two carucates of land were held of the fee of Lincoln, and paid nine shillings to the Sheriff’s fine.

At the time of the Survey the manor was held by the Archbishop of York.

In the library are some interesting old manuscript works formerly belonging to St. Mary’s Abbey, York, and other abbeys of Yorkshire.

The family of Lord Herries derives paternally from Thomas Haggerston, Esq., of Haggerston Castle, in the county of Northumberland, Commanding Officer of a regiment in the service of King Charles I., who was created a Baronet on the 15th. of August, 1643.

His Lordship represents in the female line the families of Maxwell, of Carlaverock, Earls of Nithsdale, and Constable, of Everingham.