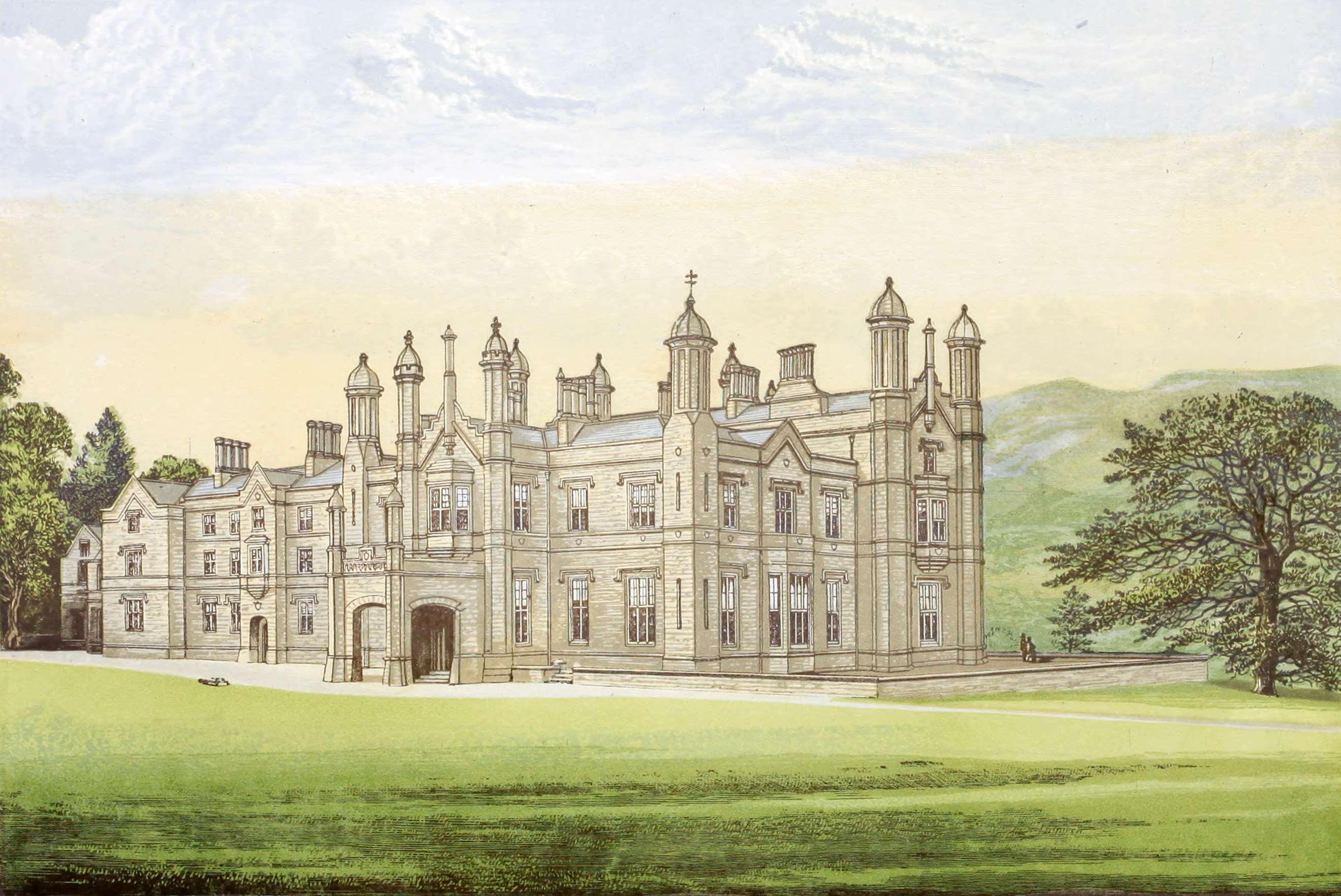 Glanusk Park, in South Wales, was at one time the property of Lord Orford, and was afterwards owned by Mr. John Keppel, from whom it passed in the present century into the hands of Joseph Bailey, Esq., M.P. for the city of Worcester.

The present imposing mansion was built by Mr. Bailey, on the existing site, the previous house being thought to be too close to the so-called Glanusk Water, in consequence of which it was taken down.

The park, which is well stocked with deer, comprises between seven and eight hundred acres of ground, exceedingly beautiful from its undulations, and is surrounded by mountains.

The River Usk, whereof Glanusk forms a part, runs for several miles through the estate, affording abundance of salmon and trout to the fisherman, as well as adding not a little to the beauty of a landscape which, from the mixture of wood, dale, rock, and meadow, presents a most romantic picture.

Within the park are some ancient Druidical remains, which have, as may be supposed, given ground for a variety of speculations to the learned in antiquities, but these would be unsuited to the pages of a work like the present.

The family of Bailey derives from John Bailey, Esq., of a family long resident in Yorkshire. His son,

Sir Joseph Bailey, the first Baronet, was left a large fortune by his uncle, Richard Crawshay, Esq., of Cyfartha Ironworks, Glamorganshire, who died in 1810, which has been increased by his extensive ironworks at Nant-y-Glo. He was also possessed of considerable landed property in the counties of Brecon, Radnor, Glamorgan, Monmouth, Hereford, and Bucks., in several of which are handsome seats of his. He represented the city of Worcester in three Parliaments, and sat latterly for Breconshire. He was High Sheriff of Monmouthshire in 1823, and was a Deputy Lieutenant for that county and Breconshire, and was in the Commission of the Peace for the counties of Brecon, Glamorgan, Monmouth, and Hereford. He was patron of eight livings. He died November 20th., 1858, at Glanusk.