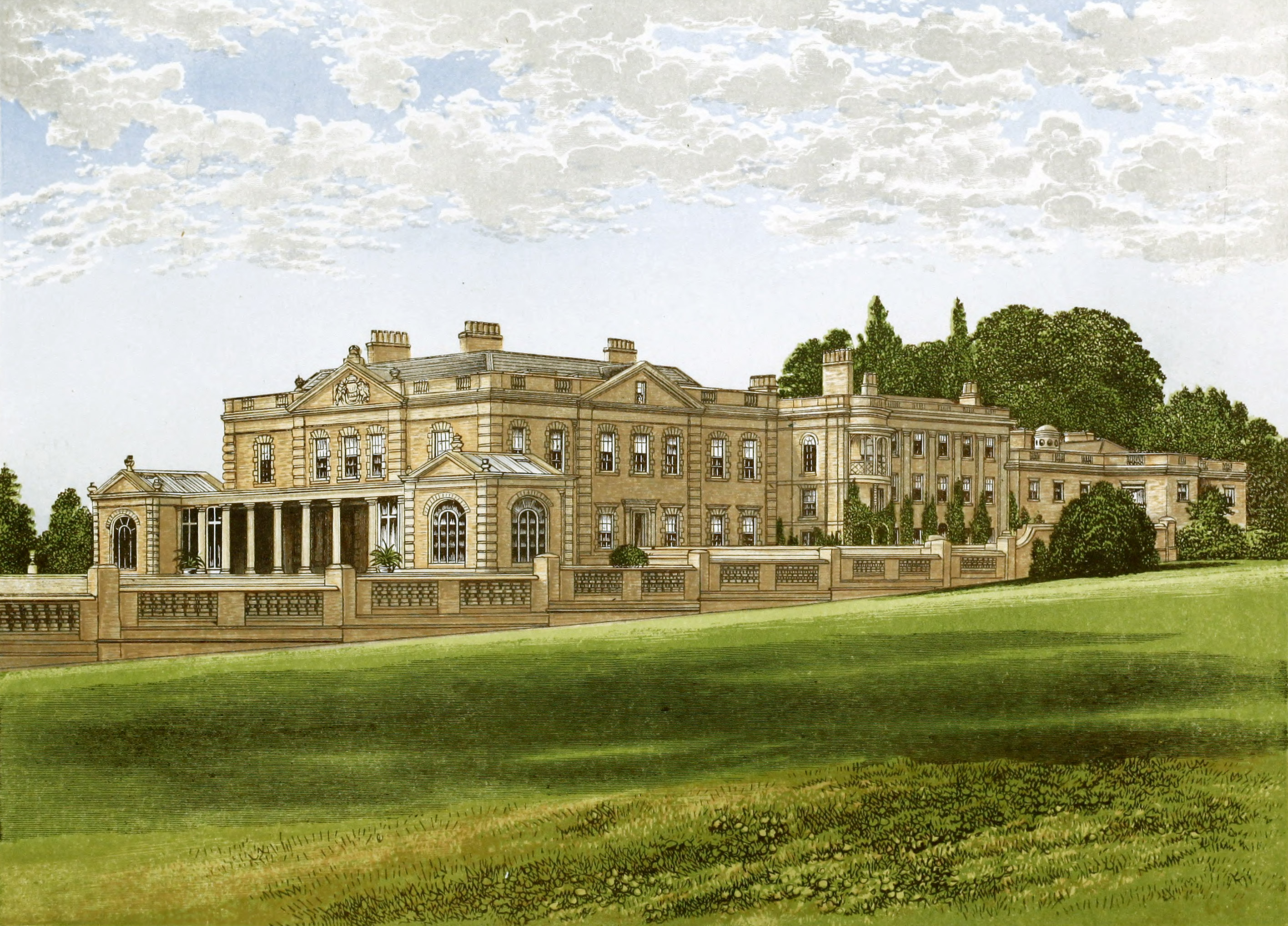 Gunton Park, about five miles from the town of Aylsham, and four miles north- west of North Walsham, is beautifully situated on an eminence surrounded by extensive plantations, well laid out.

The mansion is in every respect a handsome habitation.

The parish Church is situated not far from the house, and is adorned with an elegant portico in the Doric style of architecture. This church was rebuilt by Sir William Morden Harbord, Baronet, who became heir to the estate on the death of Harbord Harbord, Esq., in the year 1742.

The parochial Church at Thorpe Market, a village within one mile of Ganton Park, was rebuilt by the late Lord Sufl&eld. ‘^In it the architect has combined simplicity with elegance. It is built of fliut and freestone: at each of the four corners is a turret, and the points of the gables are terminated by a stone cross; the interior displays a considerable degree of taste, consisting of a single aisle. The windows are ornamented with painted glass.”

The patronymic of this family was originally Morden.

Sir William Morden, K.B., created a Baronet March 22nd., 1745, took the surname of Harbord, being that of his maternal grandfather. In succession to him were

Sir Harbord Harbord, M.P. for Norwich, advanced to the Peerage August 8th., 1786, by the title of Baron Supfield, of Sufffield, in the county of Norfolk.

He married secondly, September 12th., 1826, Emily Harriot, youngest daughter of Evelyn Shirley, Esq., of Eatington Park, Warwickshire, and had, besides other children, a son,

Charles Harbord, who also succeeded to the title. IV. I

The eldest son by the first marriage,

Sir Charles Harbord, fifth Lord Suffield, Vice Lieutenant of Norfolk, and Lord of the Bedchamber to H.R.H. the Prince of Wales, born January 2nd., 1830, married, May 4th., 1854, to Cecilia Annetta, youngest daughter of Henry Baring, Esq., and had, with several other children, an eldest son.