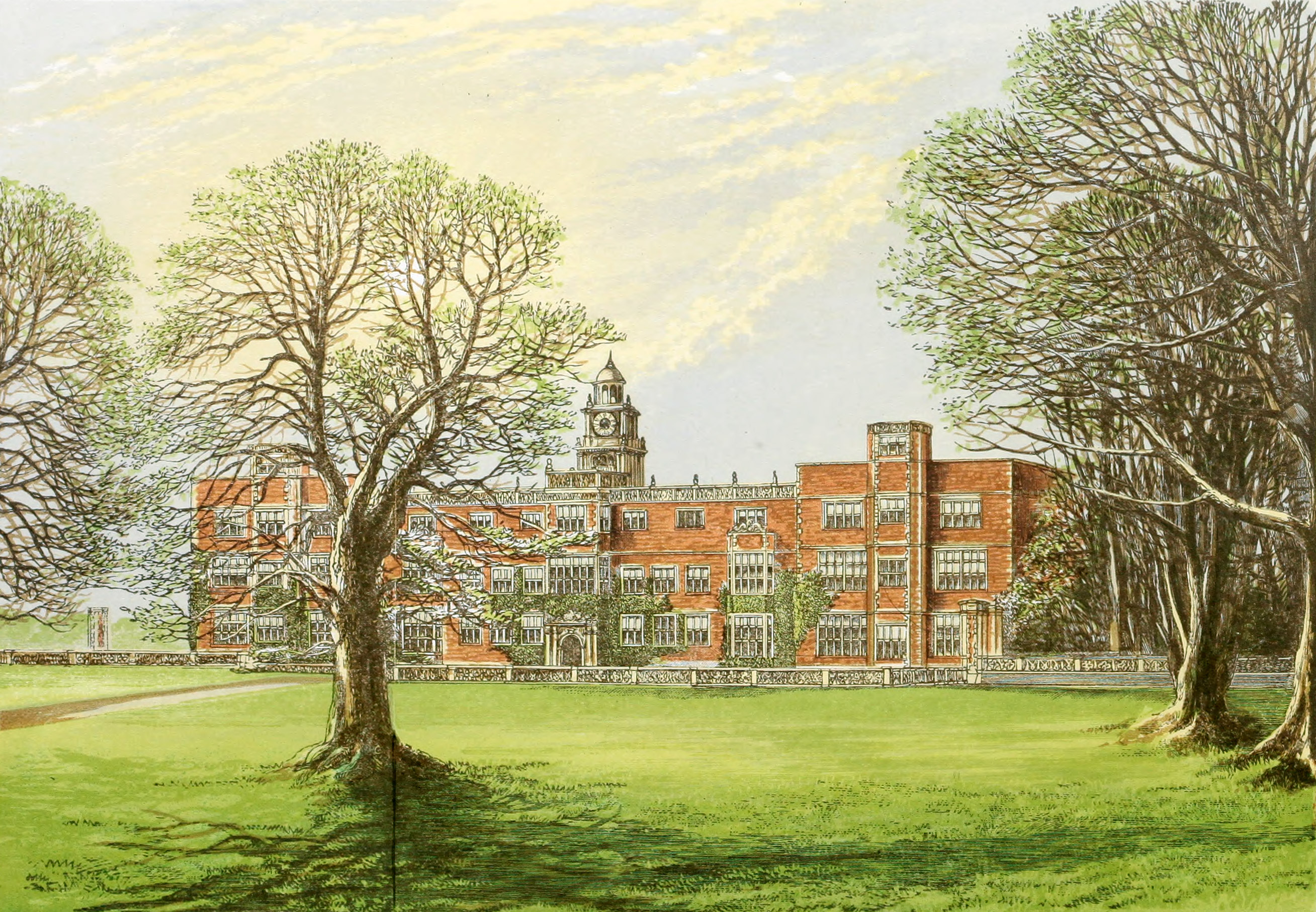 In consequence of Hatfield having been from time to time intimately connected with the lives of those who have occupied the most distinguished positions in the annals of our country, it has become of unusual interest. I cannot, however, do more than briefly allude to some of its more prominent historical associations.

Hatfield is a place of great antiquity, at one time forming part of the revenue of the Saxon kings. It remained in their possession until the time of

Edgar, by whom it was bestowed upon the monks of Ely. They held the estate till the year 1109, when Henry the First converted the monastery of Ely into a bishopric. Hatfield then became the residence of the prelates of that see, and was hence distinguished by the title of Bishop’s Hatfield.

During the reign of Henry the Seventh the house was rebuilt by Morton, Bishop of Ely, but shortly afterwards was exchanged by Bishop Godrick with Henry the Eighth.

It continued the property of the crown till the fourth year of James the First, when it was exchanged for the palace of Theobalds with

Sir Robert Cecil, whose successors have continued to hold it up to the present time.

Edward VI. made Hatfield his residence during his father’s reign, and from it he was conducted to the throne.

Elizabeth also kept her state here for the last few months of Edward’s reign, and again under the guardianship of Sir Thomas Pope, during the four years preceding her accession to the throne, and at the death of her sister she was proclaimed queen before the gates of Hatfield.

Elizabeth’s court here appears to have been attended with magnificent displays, one of which is thus described by a contemporary writer:—”In Shrovetide 1556 Sir Thomas Pope made the Ladie Elizabeth all at his own costes a great and rich maskinge in the great halle at Hatfelde: when the pageants were marvelously furnished. There were there twelve minstrels antickly disguised; with forty-six or more gentlemen and ladies, many of them knights or nobles and ladies of honour, aparelled in crimsin satten embrothered uppon with wrethes of golde, and garnished with bordures of hanging perle. And the devise of a castell of clothe of gold, sett with pomegranates about the battlements, with shields of knights hanging therefrom, and six knights in rich harneis turneyed. At night, the cuppboard in the halle was of twelve stages, mainlie furnished with garnish of gold and silver vessels and a banket of seventie dishes, and after a voidde of spioes and suttleties with thirty spyse plates, all at the chardgis of Sir Thomas Pope; at the next day the play of ‘Holophornes;’ but the Queen Mary percase misliked these folleries, as by her letters to Sir Thomas Pope hit did appear, and so their disguisinge was ceased.”

The house as it now stands, or nearly so, was built by Sir Robert Cecil in the year 1611; he did not, however, long survive the completion of this work, for he died the next year, worn out with business and anxiety.

The following account of the mansion is given by Clutterbuck in his “History and Antiquities of the County of Hertford:”—“This house, which is a fine specimen of the domestic architecture of the period in which it was erected, is situated in a park of considerable extent, watered by the River Lea, and sheltered on the north by stately avenues of elms and oaks of venerable growth. The building is constructed of brick and stone, in the shape of an oblong, surmounted by a lofty clock, with wings projecting from the south front, flanked at their corners with square towers. Along the whole length of the front runs a Doric collonade supporting a gallery, divided into two equal parts by a frontispiece of three stories, in the Doric, Ionic, and Corinthian orders. In the third story of this frontispiece is a stone shield, on which are sculptured the arms of Cecil, Earl of Salisbury, with their quarterings, encircled by a garter, and supported by two lions, underneath which is the family motto, ‘Sero sed Serio/ and above, in the open balustrade which runs along the top of the front, under the crest and coronet, is the date 1611.

The interior of the mansion is laid out in a style of magnificence corresponding with its exterior. On the right of the principal entrance there is a spacious and lofty hall, furnished on its eastern side with a minstrels’ gallery, enriched with carved pilasters and panels, and set with figures of beasts and grotesque ornaments characteristic of the fashion of the times in which it was erected.”

Hatfield House continues to sustain its reputation for being honoured with the presence of royalty, inasmuch as Queen Victoria was a visitor here in 1846, and in 1867 the Queen of Holland became the guest of the Marquis of Salisbury.

The family of Cecil derives from Richard Cyssel, an officer in attendance at the court of Henry the Eighth.