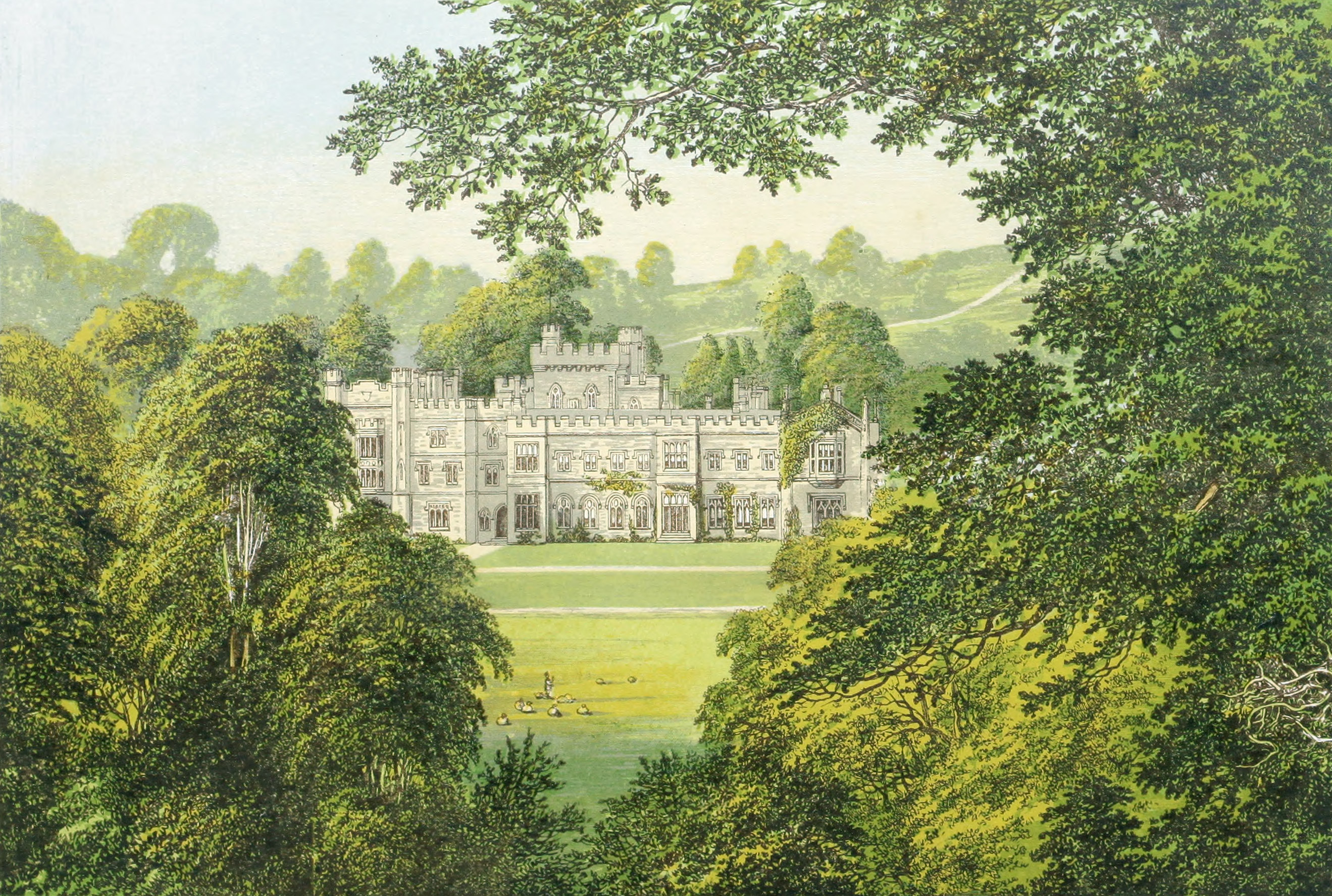 The descent of this ancient place is as follows :

The first structure was erected in the reign of Henry the Fourth, (by whom the first stone is recorded to have been laid,) by

Sir Rowland Lenthall, Master of the Wardrobe to His Majesty, and who married Margaret, daughter and co-heiress of Richard Fitz-Alan, K.G., Earl of Arundel, Warren, and Surrey, and the house is said to have been furnished with spoils from the field of Agincourt. Upon his death the estate devolved on females, his cousins, and after being sold to

Lord Burford, (Cornewall,) it afterwards became, by purchase, the property of

Sir Humphrey Coningsby, Knight, one of the Justices of the Court of King’s Bench in the reign of Henry the Eighth. He left by his wife Cicely, daughter and co-heiress of John Salwey, Esq., of Stanford, in Worcestershire, a son and heir, Humphrey Coningsby, Esq., who had issue by his wife Anne, daughter of Sir Thomas Inglefield, Knight, one of the Judges of the Court of Common Pleas, two sons and three daughters, of whom the surviving son and heir,

Sir Thomas Coningsby, was knighted by Queen Elizabeth in 1591. He died May

30th., 1625, having married Philippa, daughter of Sir William Fitzwilliam, of Milton, in Northamptonshire, Lord Deputy of Ireland, and had ten children, of whom the youngest son,

Fitzwilliam Coningsby, became next of Hampton Court, and was Sheriff of the County in 1627. He married Cicely, daughter of Henry Nevile, seventh Lord Abergavenny, and by her was father of

Humphrey Coningsby, who married Lettice, eldest daughter of Arthur Loftus, Esq., of Rathfarnham, in Ireland, and had an only son,

Thomas Coningsby, Esq., who was an active participator in the revolution which brought in William the Third, and at the Battle of the Boyne was so close to the king that he staunched a wound on his shoulder grazed by a bullet. The hand- kerchief he used is still preserved with great care in the library. In consideration of his eminent services His Majesty constituted him and Henry, Lord Sydney, Lords Justices of Ireland, and in the year 1693 created him

Lord Coningsby of Clanbrassil, in the county of Armagh, and he was sworn a Member of the Privy Council in England. On the accession of George the First he was raised to the Peerage of England as a Baron of Great Britain, by the title of Lord Coningsby of Coningsby, Lincolnshire, June 8th., 1716, with limitation to his daughter Margaret, a singular limitation, as he had a son by a former wife. He was also appointed Lord Lieutenant of Herefordshire. He married first Barbara, daughter of Ferdinando Gorges, of Eye, in the same county, by whom he had

Thomas Coningsby, Esq., who, by his wife, daughter of John Carr, Esq., of the county of Northumberland, was father of

Richard Coningsby, second Lord Coningsby of Clanbrassil, who dying without male issue on the 18th. December, 1729, the title became extinct. He had by his second wife, Frances, daughter of Richard Jones, Earl of Ranelagh, a son,

Of whom the elder was created in 1716

Viscountess Coningsby of Hampton Court, and succeeding her father in 1729, became

Charlotte Hanbury Williams, married William Anne Holies Capel, Earl of Essex, who inherited the estate from his grandmother, and sold it in the year 1817 to

The present magnificent seat, built near the site of one of the most celebrated old mansions in the kingdom, stands in an extensive park and grounds adorned with stately timber, and with beautiful views in every direction, the two rivers, Lugg and Arrow, meandering through the estate, till they meet together near the house.

The principal front, (on the east side of which is the chapel,) of most imposing appearance, is towards the north. In the centre is a massive square tower. Over the entrance is a panel, sculptured with the arms and supporters of the Coningsbys, which are also painted on some old glass, with the dates 1613 and 1614.

Within the house in many of the apartments are a number of fine paintings, and also much of the ancient furniture still preserved.

The family of Arkwright derives from Richard Arkwright, born at Preston, in Lancashire, in 1732, the celebrated inventor of improvements in the machinery used in the cotton manufacture, for which he received the deserved honour of knighthood as Sir Richard Arkwright.