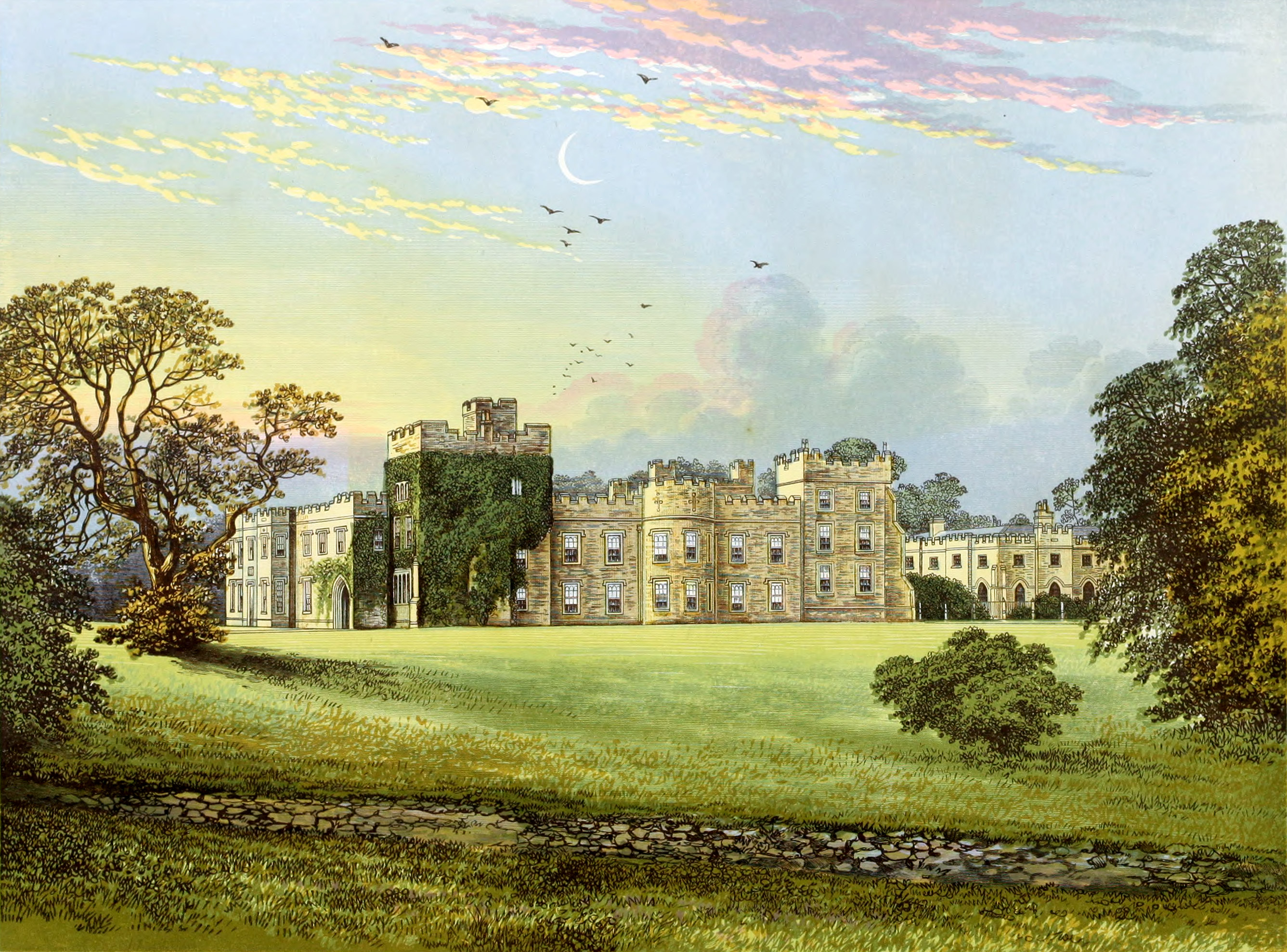 Near Bedale, Yorkshire.—Duke of Leeds.

A noble deed is a fitting foundation for a noble family.

The following is the account given by Sir Bernard Burke in his very interesting book, “The Rise of Great Families,” of the advancement of the one with which the present volume commences:—“The Dukedom of Leeds is another strong case in point. Sir William Hewitt, Lord Mayor of London, 1559, was possessed of a considerable estate, and had only one daughter to inherit it. It chanced during the time her father resided on London Bridge, that the child, through carelessness of her nurse, fell into the river, whereupon a young gentleman, named Edward Osborne, one of Sir William Hewitt’s apprentices, plunged in and rescued the infant. ‘In memory of which deliverance,’ says an old writer, ‘and in gratitude, her father afterwards bestowed her in marriage on the said Mr. Osborne with a very great dowry.’”

Richard Osborne, was father, by his wife Jane, daughter of John Broughton, Esq., of (the above mentioned)

Sir Edward Osborne, Knight, Lord Mayor of London in 1582, who married Anna, daughter of Sir William Hewitt, one of the most considerable merchants of London, and had several children, of whom the eldest son,

Sir Hewitt Osborne, Knight, married Joice, daughter of Thomas Fleetwood, Esq., of the Vache, Buckinghamshire, Master of the Mint, and had an only son, his successor,

Sir Edward Osborne, Knight, of Kiveton, Yorkshire, who was created a Baronet

July 13th., 1620. He married, first, Margaret, eldest daughter of Thomas, Viscount Fauconberg, and had a son, Edward, who was killed by the fall of a chimney of the house, and secondly, Anne, daughter of Thomas Walmesley, Esq., of Dunkenhalgh, Lancashire, widow of William Middleton, of Stockeld, Yorkshire, and had an only son,

Sir Thomas Osborne, Baronet, who became Lord High Treasurer of England, and was raised to the Peerage August 16th., 1768, as Baron Osborne of Kiveton, and Viscount Latimer of Danby. He was further advanced to the dignity of an Earldom June 27th., 1674, as Earl op Danby, and next created Marquis of Carmarthen, April 20th., 1689, and finally Duke of Leeds May 4th., 1694. He had been installed a Knight of the Garter, June 19th., 1675. He married Bridget, daughter of Montagu Bertie, Earl of Lindsay, Lord Great Chamberlain of England, and was succeeded at his death, July 26th., 1712, by his only surviving son,

Peregrine Osborne, second Duke, who had been summoned to the House of Lords in his father’s lifetime as Baron Osborne of Kiveton, and created Viscount Dumblane, in the Peerage of Scotland, July 19th., 1675. His Grace married Bridget, daughter and heiress of Sir Thomas Hyde, Baronet, and was father of

Peregrine Hyde Osborne, third Duke, who married, first, Elizabeth, daughter of Robert, Earl of Oxford, and secondly, Anne, daughter of Charles, Duke of Somerset; also, thirdly, in 1725, Juliana, daughter and coheiress of Roger Hele, Esq., of Hoiwell, Devonshire. He died March 9th., 1731, and was succeeded by his firstborn son,

Francis Godolphin Osborne, fifth Duke, born January 29th., 1751, who had been summoned to Parliament vitâ patris as Baron Osborne. He married, while Marquis of Carmarthen, in 1773, Amelia, only daughter and heiress of Robert D’Arcy, Earl of Holderness, and Baroness Conyers. Their eldest son was

George William Frederick Osborne, sixth Duke, K.G., P.C., born July 21st., 1775, Lord Lieutenant of the North Riding of Yorkshire, Governor of the Scilly Islands, Constable of Middleton Castle, Ranger of Richmond Forest in Yorkshire, and Master of the Horse. He became Baron Conyers, at the death of his mother in 1784, and married, August 17th., 1797, Chai’lotte, daughter of George, first Marquis of Townshend. He died July 10th., 1838. His Grace’s only surviving son,