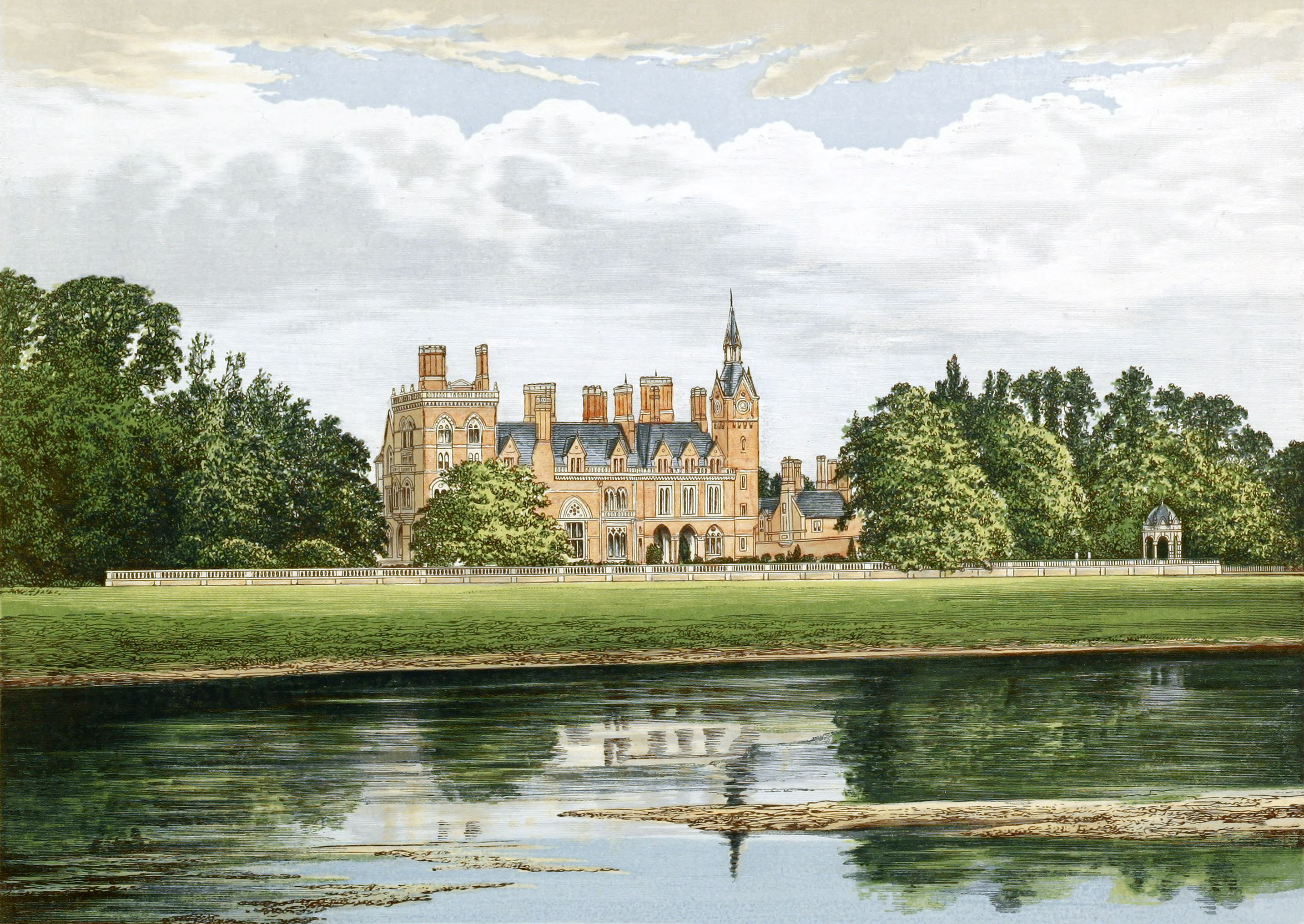 When the old Hall at Kelham was destroyed by fire in 1857, Mr. Manners Sutton was in Italy.

On his journey homewards he gave much consideration to the many questions which suggested themselves as to its re-erection, and having consulted Sir G. Gilbert Scott, R.A., to whom the task was confided of designing and carrying out the new work, the following conclusions were arrived at:—

That the house should be of mediseval architecture, not adopting precisely any of its many varieties as existing among ancient remains, but treating it freely with the aid of several of such varieties, and especially it was thought that as Italy is the birthplace almost of modern domestic architecture, many useful hints and suggestions might be obtained from its productions, without involving the substitution of its details for those of more northern countries.

These considerations determined in a great degree the character and architectural treatment of the building, which may be said to be that suggested by works of the thirteenth and fourteenth centuries, viewed on a broad basis, and freely admitting all which can be usefully learned from the architecture, whether of England, France, or Italy, though adopting no details peculiarly Italian.

As to arrangement and construction, it was determined on three points.

The building was to be approached through a cloistered court, capable of admitting several carriages at once, and whose central span was to be closed in by a glazed roof.

The entrance hall was to be of limited dimensions; but instead of a large entrance hall, a music hall of large size, and of the height of two storeys of the building, was to be formed in the centre of the house, and away from the entrance.

All the rooms on the ground floor, inclading the great hall, were to have groined vaulting over them in fireproof material, which was also used in the construction of the upper floors.

The family of Manners deduces its descent from

Sir Robert de Manners, Knight, who in the seventeenth year of the reign of King Edward the Second was returned into Chancery as one of the principal persons in the county of Northumberland.