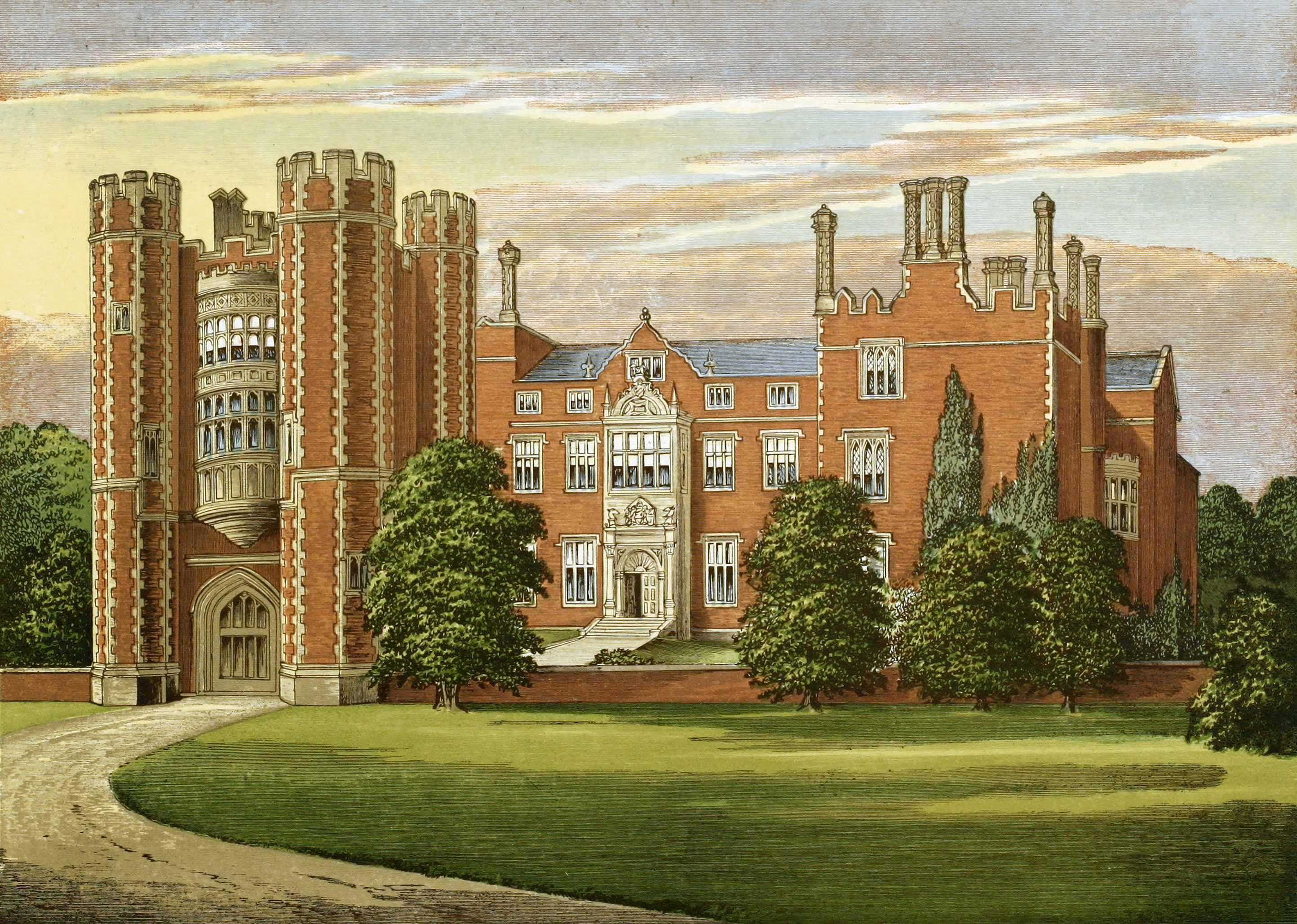 Kirtling Tower was built about the time of Henry the Sixth. It stood on the site of an old Saxon castle, and tradition says that it was the last castle in which King Harold slept on his way from the north to meet the invasion of William of Normandy.

Princess Elizabeth, afterwards Queen, was a state prisoner at Kirtling, under the charge of Edward, first Lord North.

The Tower is all that now remains of the old hall, which was pulled down in 1801–2, by George, third Earl of Guilford and ninth Baron North.

Nearly all the pictures of the North family were then removed to Wroxton Abbey, near Banbury, another seat of the family.

A brief sketch of the descent of this family is all that my limited space allows me to give.

Edward North, born about the year 1496, was brought up to the profession of the law, and in the 22nd. of Henry the Eighth became one of the king’s Sergeants-at-Law. Hewasafterwardsknighted,andbecameM.P.forCambridgeshire. Hewas sworn of the Privy Council under Edward the Sixth, and was re-elected for the county. At the decease of that monarch he appears to have espoused the cause of Lady Jane Grey, but made his peace with Queen Mary, was again sworn of the Privy Council, and in the first year of her reign was summoned to Parliament as Baron North of Kirtling. Next to him was

William North, sixth Baron North and second Lord Grey, was a military officer, wounded at the battle of Blenheim. He died without issue, when the Barony of Grey ceased, but that of North devolved on his cousin,

George Augustus North, who married, first, September 30th., 1785, the Honourable Maria Frances Mary Hobart, daughter of George, third Earl of Buckinghamshire, and by her had one daughter, Maria North, married to John, second Marquis of Bute, who died in September, 1841. He married, secondly, Susan, daughter of Thomas Coutts, Esq., the eminent banker, and had two daughters.

At his Lordship’s death, April 20th., 1802, the Barony fell into abeyance between these three ladies, and so continued until the death of the eldest and youngest, when it rested in the elder daughter of the second marriage, who then became

William Henry John North, born October 5th., 1836, of Kirtling, in the county of Cambridge, Captain in the Queen’s Own Oxfordshire Yeomanry Cavalry, married, January 12th., 1858, Frederica, daughter of Richard Howe Cockerell, Esq., Commander R.N., and had with other issue,