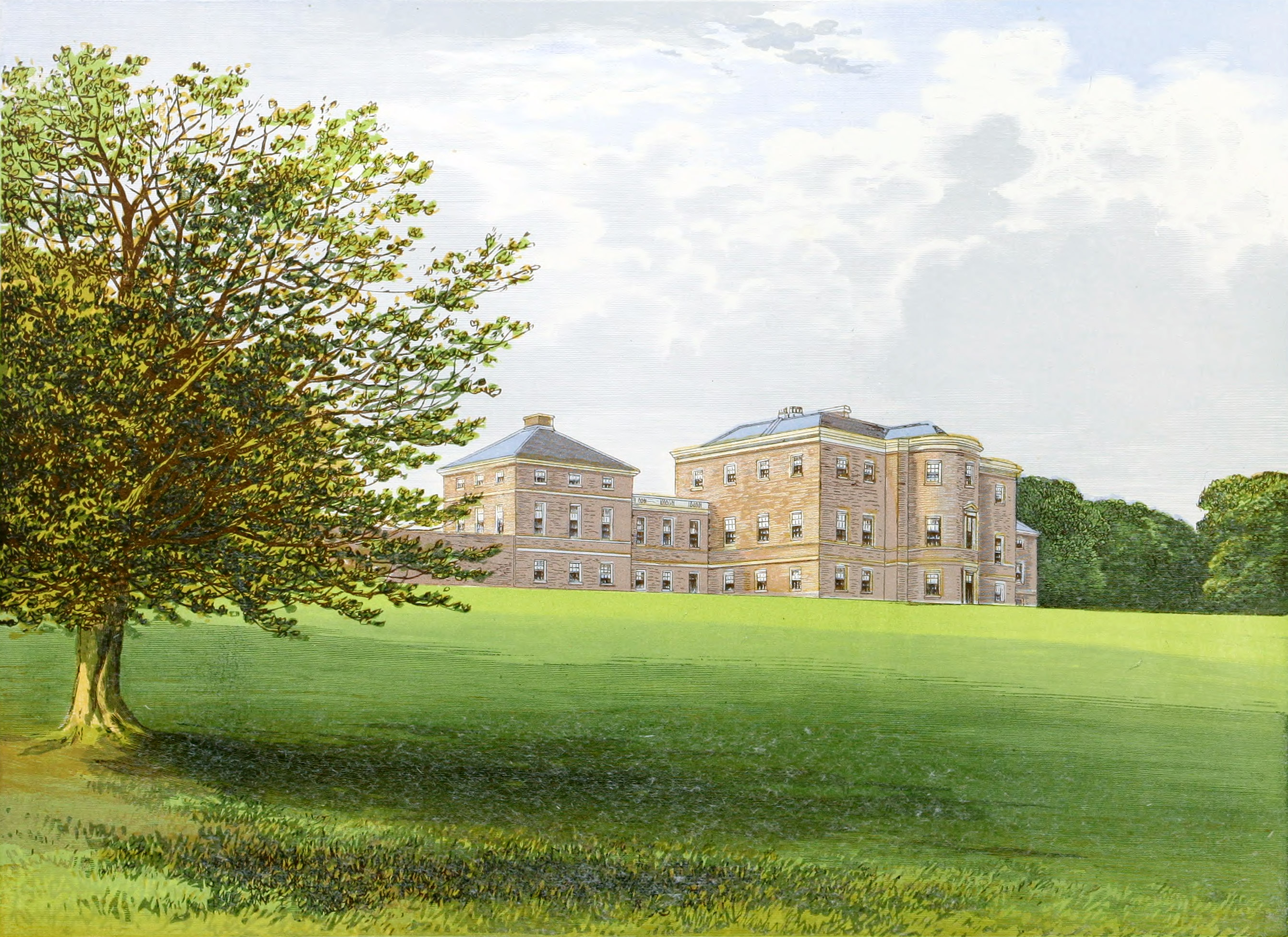 The present mansion of Mersham Hatch was begun by Sir Wyndham Knatchbull,* the sixth Baronet, and finished by his uncle, Sir Edward, the seventh Baronet. It is stated that three million bricks were used in its erection, and yet that it cost only £20,000.

The estate was purchased in the reign of King Henry the Seventh, the family

having previously lived for a long period at Leinne, in Kent.

John Knatchbull was living tempore Edward III., and from him descended

Richard Knatchbull, Esq., who married Agnes, daughter of Robert Brent, and died in 1523. His great-great-grandson was

Sir Norton Knatchbull, Knight, M.P. for Kent, High Sheriff of the county in the fifth year of James I., and M.P. for Hythe. He married three times, but having no children, was succeeded by his nephew,

Norton Knatchbull, Esq., (son of Thomas Knatchbull, Esq., by his wife Eleanor, daughter and coheiress of John Astley, Esq., of Maidstone,) who was created a Baronet, August 4th., 1641. His first wife was Dorothy, daughter of Thomas Westrow, Esq., Citizen and Sheriff of London. He died in 1684, and was succeeded by his eldest son,

Sir John Knatchbull, second Baronet, married Jane, daughter and heiress of Sir Edward Monins, Baronet, of Waldershare, and had twelve children, three of them sons, who all died issueless before himself. He died in 1696, and was succeeded by his brother,

Sir Edward Knatchbull, fourth Baronet, M.P. for the County of Kent. His wife was Alice, daughter of John Wyndham, Esq., of Nonington, Wiltshire, and they had, with other children, an elder son, who, at his death, 17-30, succeeded him as

Sir Wyndham Knatchbull, fifth Baronet, who married Catherine, daughter of James Harris, Esq., of Salisbury, and dying in 1749, was followed by

Sir Wyndham Knatchbull, sixth Baronet, who also died unmarried, in 1763, when the title reverted to his uncle,

Sir Edward Knatchbull, seventh Baronet. This gentleman married Grace, second daughter of William Legge, Esq., and had several children, of whom the only surviving son,

Sir Norton Joseph Knatchbull, tenth Baronet, born July 10th., 1808. He married, May 31st., 1831, Mary, eldest daughter of Jesse Watts-Russell, Esq., of Ham Hall, Staffordshire, and by her had issue, with five daughters, two sons, both of whom succeeded to the title. The elder, at his death, February 2nd., 1868, became