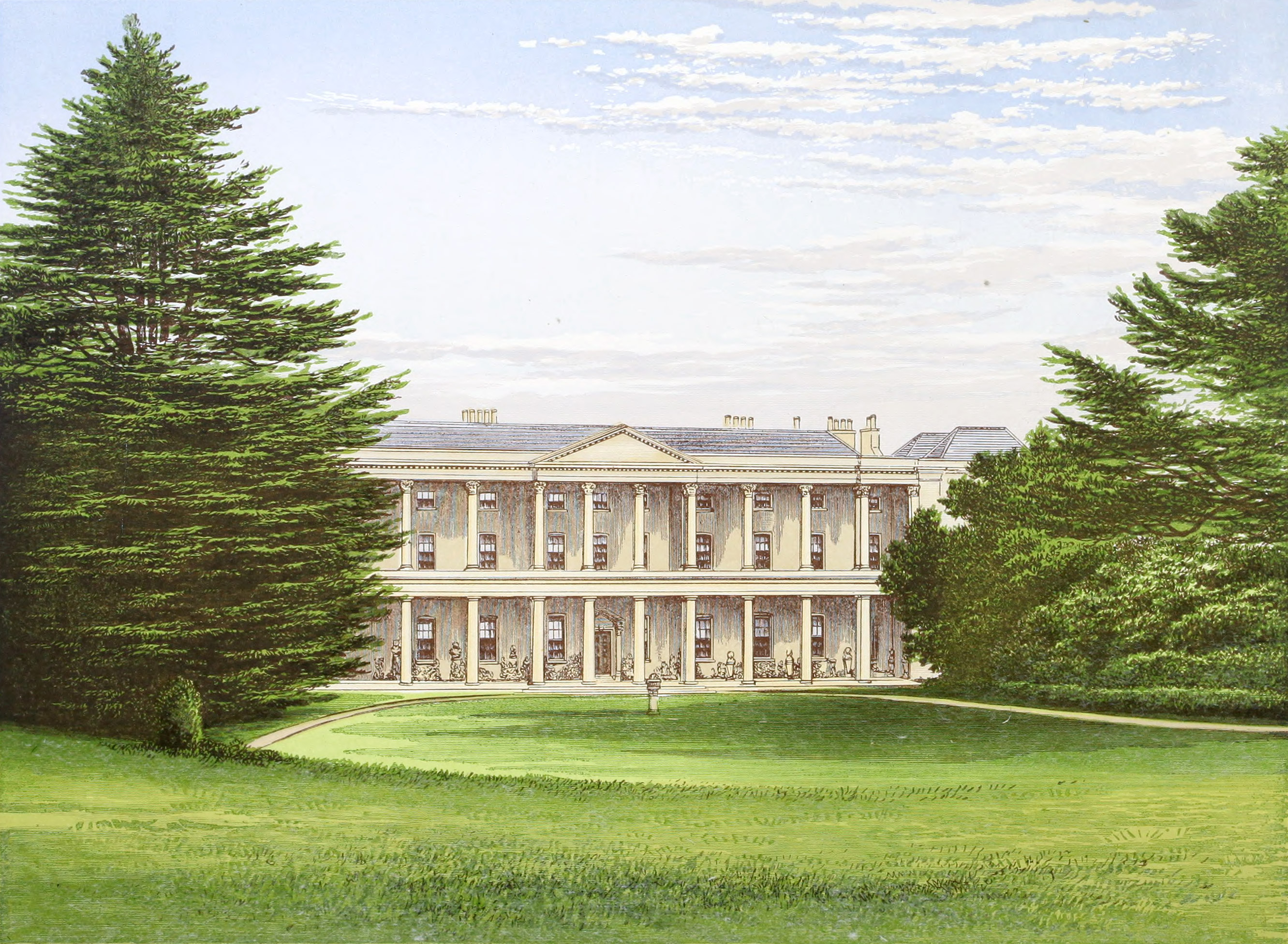 “The mansion stands on a gentle eminence, and is a very spacious and elegant building; its south or principal front is about three hundred feet long.

“The grounds are extensive, and contain a variety of sylvan beauties; but the most prominent feature in the landscape is the lake, which spreads its waters over an extensive surface, and is adorned with several islands, planted with fine forest trees, spreading their immense branches in a wild and luxuriant manner.

“The various prospects are extremely picturesque, embracing among other objects the town and church of High Wycombe, the mausoleum near the Church of West Wycombe, and the meandering river, with the delightful vale, in which the former are situated.’

The family of Dashwood is stated to have been originally seated in Dorsetshire, and to have migrated thence into Somersetshire.

Francis Dashwood, Esq., was a Turkey Merchant, and an Alderman of London. He married Alice Sleigh, and had, with six daughters, two sons, of whom the younger,

Francis Dashwood, Esq., was created a Baronet, June 28th., 1707, and was Member for Winchelsea in Parliament. He was married four times, his second wife being Mary, daughter of Vere, fourth Earl of Westmoreland, and eventually one of the coheiresses of the Barony of Le Despencer, and had a son, Francis, second Baronet. His third wife was Mary, daughter of Major King, and by that lady he had a son, John, who became third Baronet, and assumed the name of King. Sir Francis died November 4th., 1724, and was buried at Wycombe. His eldest son,

Sir Francis Dashwood, second Baronet, born in December, 1708, succeeded to the Baronry of Le Despencer, in right of his mother, in 1 762, and was summoned to Parliament, April 19th., 1763. He was at one time at the head of the War Office, and afterwards Master of the Wardrobe, and filled the office of Chancellor of the Exchequer from May 29th., 1762, to April 16th., 1763. He married Sarah, daughter and heiress of Thomas Gould, Esq., and widow of Sir Richard Ellys, Bart., but having no children, the Barony fell into abeyance at his death, December 11th., 1781, and the Baronetcy devolved on his half-brother,

Sir John Dashwood-King, third Baronet, born in August, 1710, who assumed the additional surname by Act of Parliament in 1742. He married Sarah, daughter of Blundell Moore, Esq., and had, with three other children, an elder son—He died December 6th., 1793—

Sir George Henry Dashwood, fifth Baronet, born in 1790, married, but had no issue. He was followed by his next surviving brother,

Sir John Richard Dashwood, sixth Baronet, who was born in 1792, and dying unmarried, September 24th., 1803, was succeeded by his nephew, (son of the next brother, Edwin Dashwood, of the Royal Horse Guards, married, in 1821, to Emily, daughter of the Rev. Robert Hare, of Hurstmonceaux, Sussex, and died in 1846,)