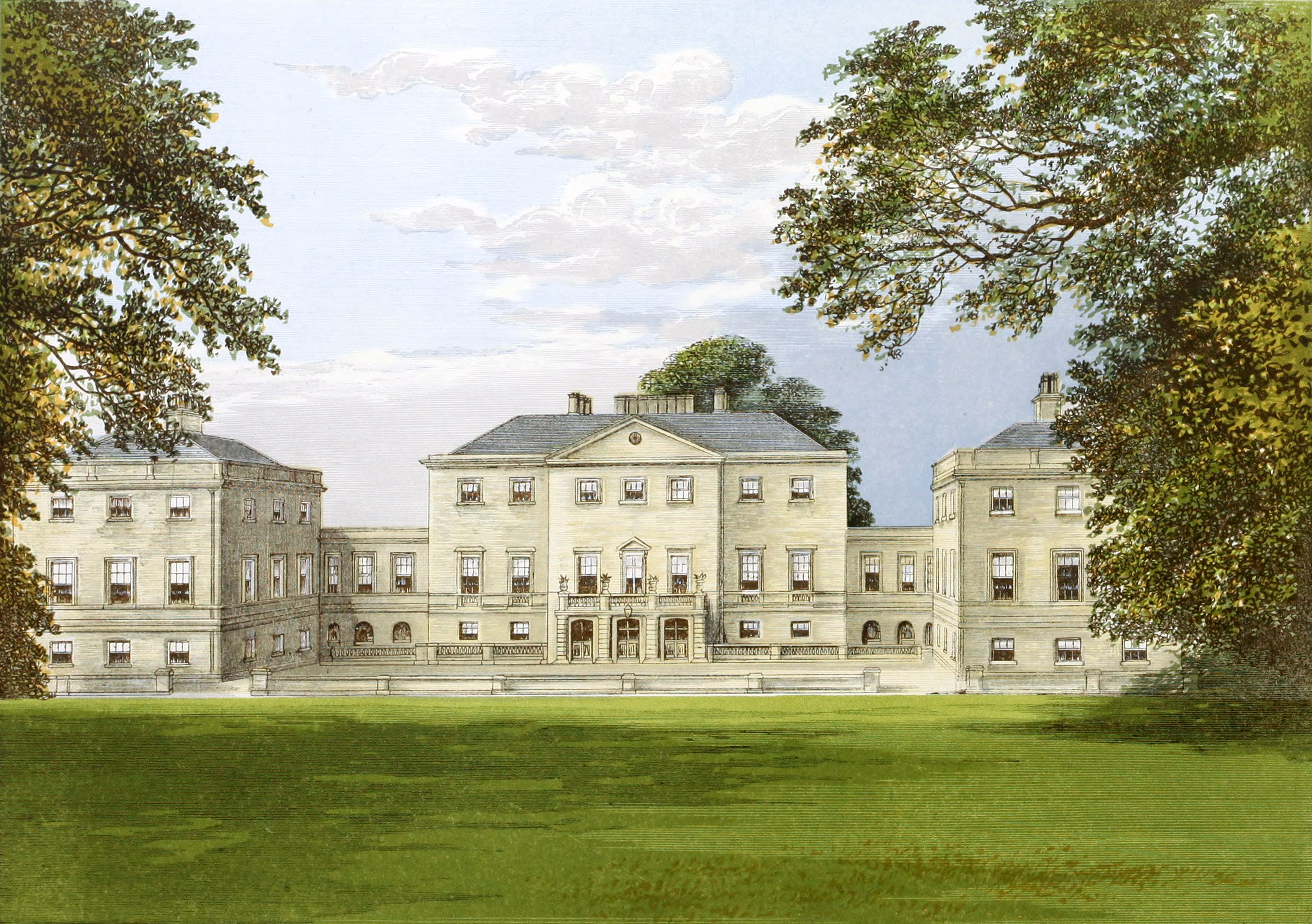 Nuneham Park is well known to every Oxonian, beautifully situated as it is on the bank of the classic Isis, some three or four miles from the ever famous University of Oxford, my own Alma Mater.

The adjoining parish of Stanton Harcourt was in the ownership of the noble family of Harcourt,—now represented by a branch of the equally noble one of Vernon,—for more than six hundred years. It was afterwards left by them for the more attractive situation of Nuneham Courtenay.

The accounts of the descent of each of the two great houses, now represented by that of Vernon-Harcourt, furnish such an embârras de richesse that a mere outline is all that can here be given of the successive representatives of the family, as follows:—

William de Vernon, proprietor of Vernon, in Normandy, in 1052.

Richard de Vernon, came into England with the Conqueror. Ninth in descent from him was

Sir Richard Vernon, Knight, born 1394, married Benedicta, daughter of Sir John Ludlowe. He was Speaker of the Parliament held at Leicester in 1425, and Treasurer of Calais. He died 1451.

George Vernon, Esq., of Sudbury, who assumed the additional surname and arms of Venables, in 1728, on inheriting the estates of his maternal ancestors, and was raised to the Peerage as Lord Vernon, Baron of Kinderton, in the county of Chester. His Lordship married, first, in 1733, Mary, daughter and coheiress of Thomas, sixth Lord Howard of Effingham, and had a son, the Hon. George Vernon, successor to the title. He married, secondly, in 1741, Anne, daughter of Sir Thomas Lee, Bart., of Hartwell, in Buckinghamshire, but had no issue. He married, thirdly, in 1747, Martha, daughter of the Hon. Simon Harcourt, grand-daughter of Viscount Harcourt, Lord Chancellor, and had, with a son, the Hon. Henry Vernon, successor to the Barony, a second son,

The Hon. and Most Reverend Edward Venables Vernon, D.D., Lord Archbishop of York, born October 10th., 1757, who, on succeeding to the Harcourt estates, assumed the further surname of Harcourt, and became of Nuneham Courtenay. HisGracemarried, February 5th., 1784, the Hon. Anne Leveson Gower, daughter of Granville Leveson Gower, first Marquis of Stafford, (ancestor of the Dukes of Sutherland). He had a large family, and was succeeded in the estates by his eldest son,