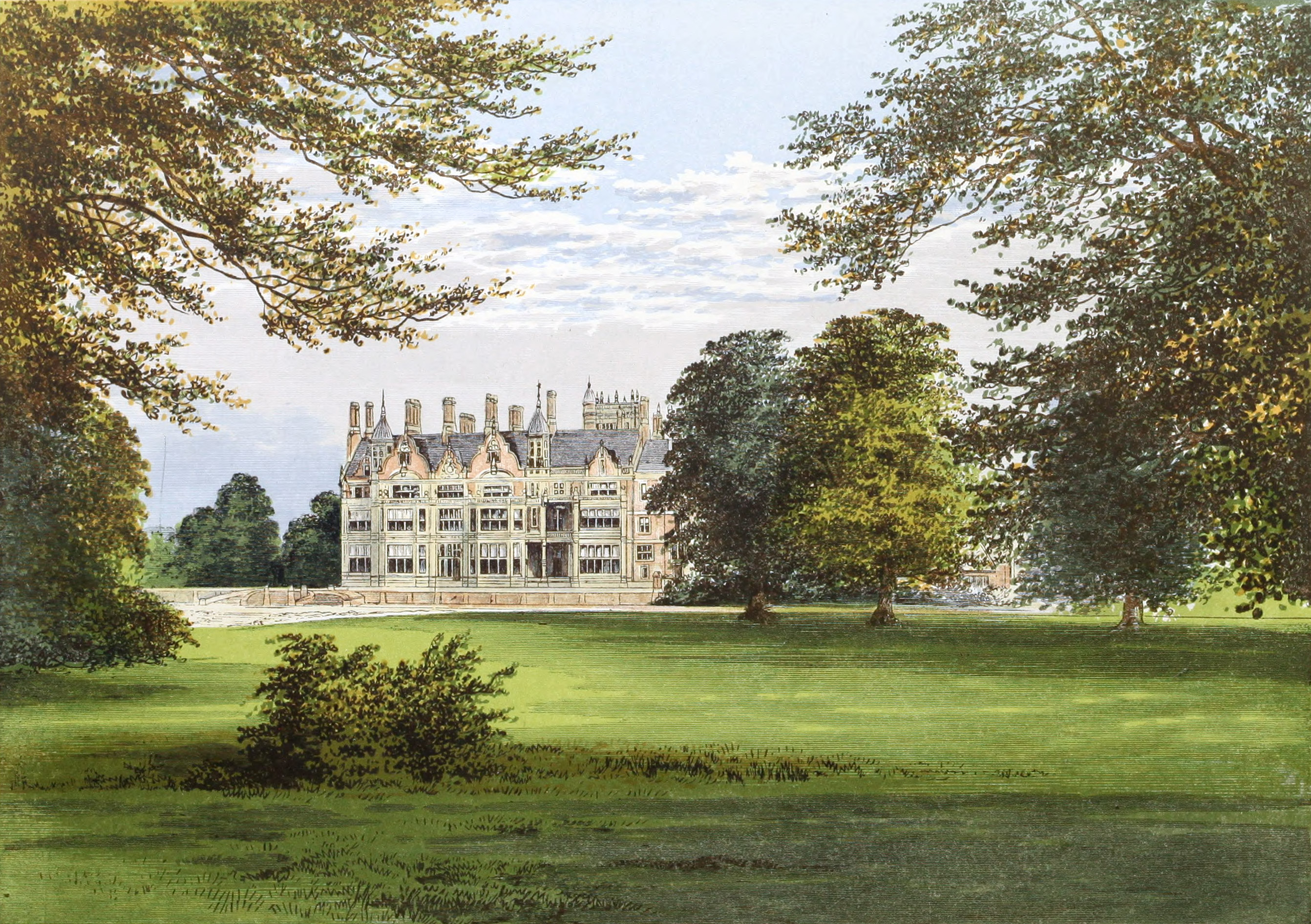 The estate of Bearwood was formerly an outlying part of the Royal Forest of Windsor.

It was purchased of the Crown in the year 1816, by the then Mr. Walter, as mentioned below.

In some of the old county histories it was written Berewood, but I think there need be no doubt but that the former spelling of the name correctly expressed its origin, as a haunt and home of the bear, in the same way that Beverley was of the beaver.

The original purchase consisted of not quite four hundred acres, and shortly afterwards Mr. Walter built a house on the estate, and formed a lake of about twenty-seven acres, and laid out very beautiful and extensive gardens, under the superintendence of Mr. David Stewart.

In or about the year 1844 much more land was added to the property, and the lake was enlarged to forty-four acres, other improvements being at the same time made in the grounds.

In the year 1865 Mr. John Walter took the old house down, and had it entirely rebuilt on the same site on a much larger scale, in the Elizabethan style.

The picture gallery contains a very choice and valuable collection of paintings by the old Dutch and Flemish masters, among them being chefs-d’oeuvre by Paul Potter, Hobbema, Both, Ruysdael, Berghem, De Hooghe, Karle du Jardin, Adrian Ostade, Isaac Ostade, Van der Neer, and other great painters.

John Walter, Esq., of Warwickshire, was father of

Robert Walter, Captain in the Royal Navy, and

John Walter, Esq., of London and Teddiugton Grove, was founder of the Times newspaper. He married Miss Frances Landon, and had several children, of whom the second and younger son,

John Walter, Esq., J. P. and D.L., and High Sheriff of Berkshire, M.P., for some years for the county, and afterwards for Nottingham, became a co-proprietor with his father of the Times, and its sole manager, with great success. He purchased the estate of Bearwood, and spent large sums on its improvement. He married twice, his first wife being a daughter of the Rev. Dr. Gregory, Vicar of Ham, but had no children. He married, secondly, Mary, daughter of Henry Smithe, Esq., of Eastling, Kent, and had five children, of whom the eldest son,