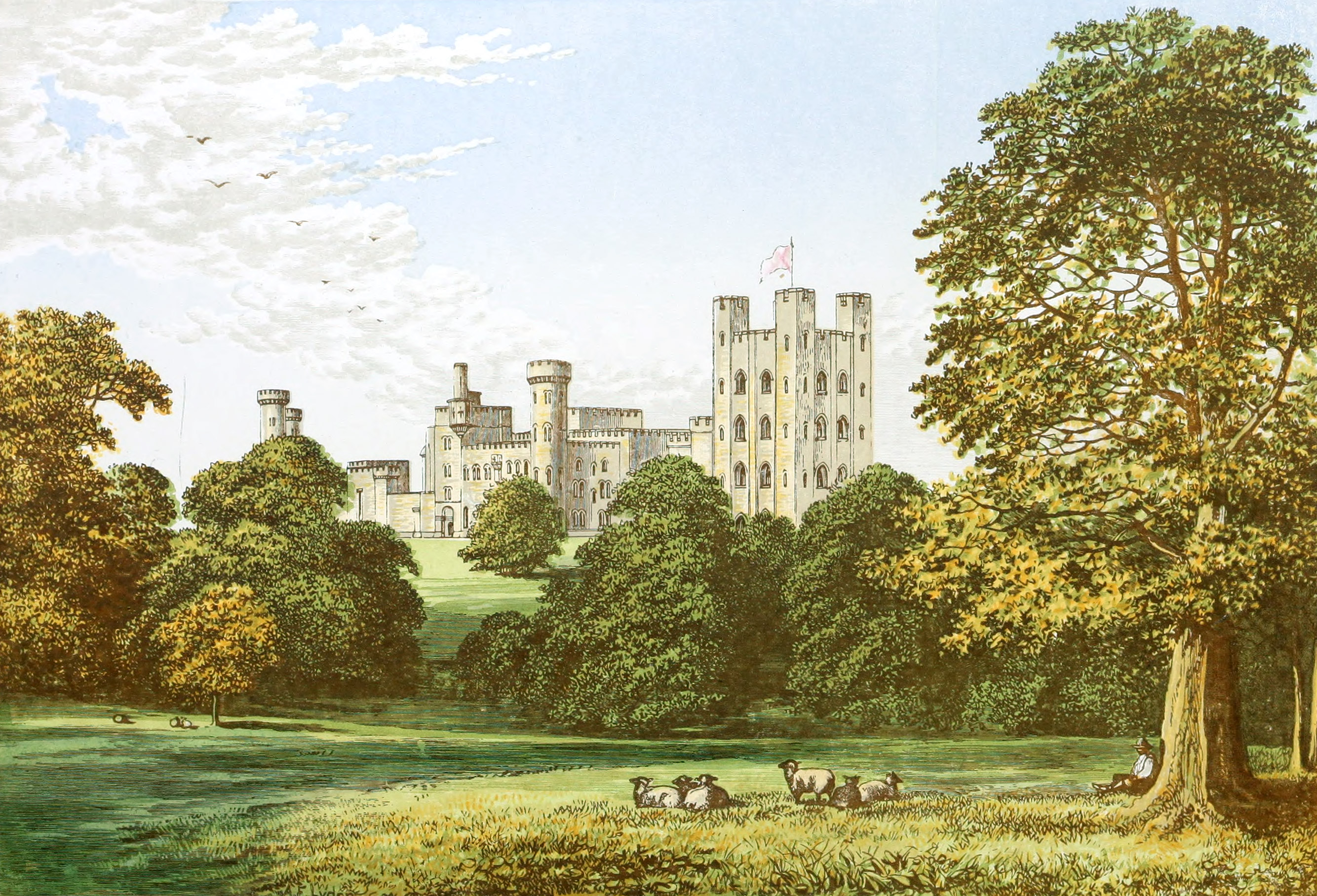 Roderick Molwynog, Sovereign of North Wales in the eighth century, was the owner of Penrhyn Castle at the early date of 720.

It was razed to the ground by Meredydd ap Owen in the year 987, who invaded the country, and slew the then remaining monarch, Cadwallan ap Jevaf.

In the time of Llewellyn it was granted, with other estates, to

Yarddur ap Trahaiarn, from whom, by the law of Gavelkind, it descended to an heiress, who by her marriage conveyed it to the family of a descendant of Ednyfed Vychan.

Gwillym ap Gryffydd possessed it in the reign of King Henry the Sixth, and was followed by his son,

Sir William Grypfydd, in the reign of King Henry the Eighth. His grand-nephew, Piers Gryffydd, sailed in his own ship in April, 1588, and shared with Sir Francis Drake in the defeat of the Spanish Armada. He died without male issue, but a descendant of another branch of the same family, namely,

Piers Grypfydd, sold the estate to his cousin,

The Right Rev. Dr. John Williams, Lord Keeper, and Archbishop of York, who died in 1649, when this enormous property devolved to his nephew,

Gryffydd Williams, who in 1661 was created a Baronet, and became the father of nineteen children, of whom the eldest,

Sir Robert Williams, Baronet, was followed by his elder son,

Sir John Williams, Baronet, who died in 1683, and was succeeded by his brother,

to his three sisters and co-heiresses, namely,

1. Frances Williams, who married Lord Edward Russell, son of the Duke of Bedford. She died without issue, and left her share of the property to her sisters.

2. Anne Williams, married to Thomas Warburton, Esq., of Winnington, in the county of Chester.

The sole daughter and heiress of Mr. and Mrs. Warburton,

Miss Warburton, married Lord Penrhyn, and his father, John Pennant, Esq., purchased the other moiety of the property, which went next to

The house is supposed to have been rebuilt by Gwillym ap Gryffydd in the reign of Henry the Sixth, long after its demolition by Meredydd ap Owen.

“The buildings enclose a large area or quadrangle, with gateway tower, a vast hall, saloon, and many very elegant apartments.

“The grounds are extensive and well wooded; they command many very fine views, receiving additional beauty from the river Ogwen, which here forms several cascades, seen through the vistas in the plantations from the front of the house.”

The family of Lord Penrhyn descends from a common ancestor with that of the Earl of Morton, namely, Sir James de Douglas, of Loudon, living about the year 1300.