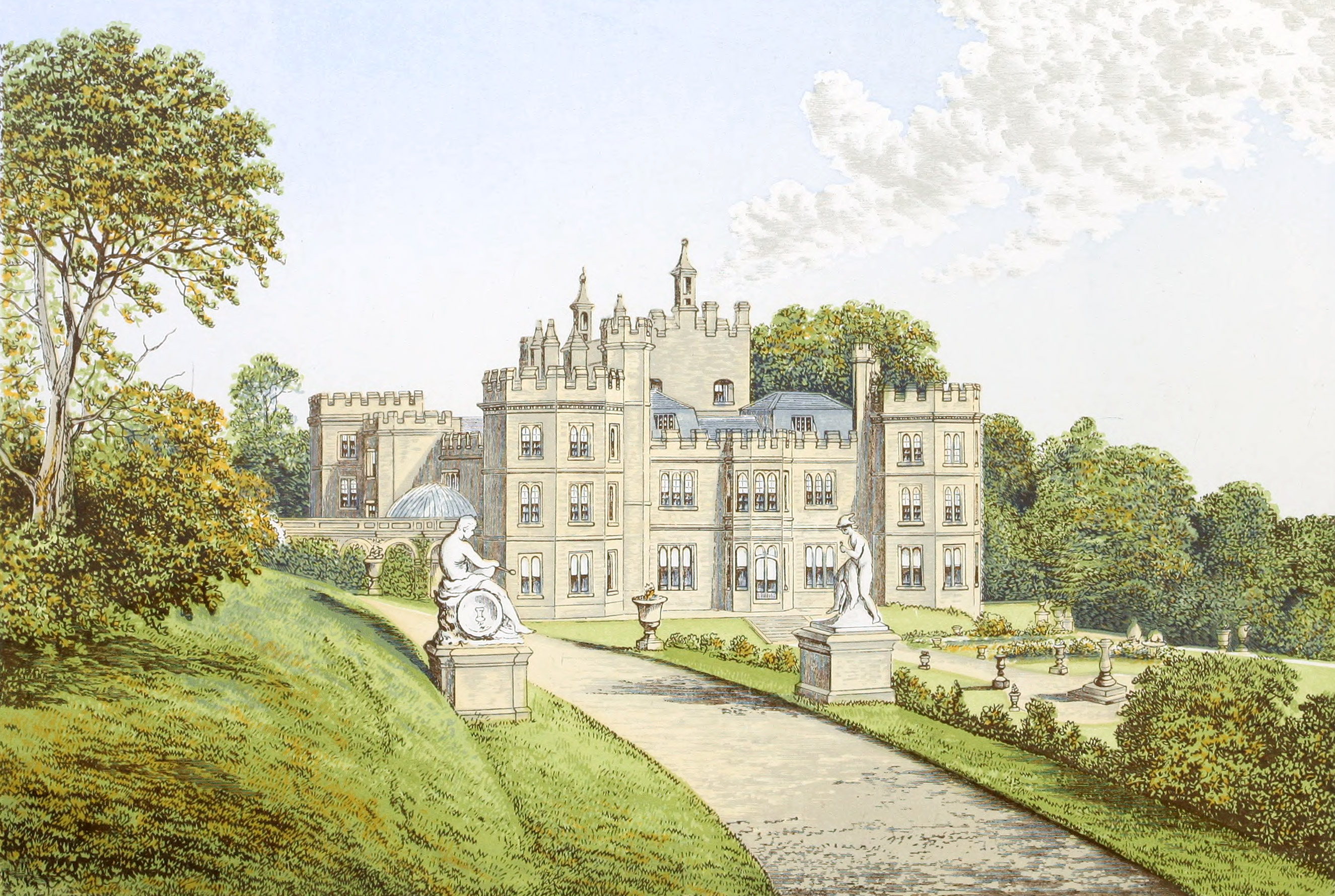 I know no more lovely spot between Cornwall and the Grampians than that on which stands the noble seat which at present should be described, but in fact no description could do justice to its varied features, the scenes on every side and in every point of view being as rich and beautiful as it is possible to imagine.

Tradition states that the Duke of Medina Sidonia was so enchanted with the view of it from the sea, that never doubting of the triumphant success of the Invincible Armada, he at once determined that it should be his portion of the spoils expected from conquered England; but “the race is not always to the swift, nor the battle to the strong.”

There are a number of very fine and large cork trees in the grounds near the sea, at least there were when I saw them many years ago.

This place was anciently called West Stonehouse, belonging to a family of the same name, and was conveyed by an heiress to

Stephen Durnford, Esq., and he dying without male issue, his daughter,

Jane Durnford, became the wife of Sir Piers Edgcumbe, K.B., a gentleman of a very ancient family in Devonshire, who derived their surname from a place of the same name in the county. He was direct ancestor of the present proprietor.

The Christian names of Piers and Richard seem to have alternated in this family for many generations, and on this “quaint old Fuller” remarks, and I have thought the same to myself in noticing the like habit or custom in the pedigrees of other families:—“The names of Pierce or Peter, and Richard, have been (saith my author) successively varied in this family for six or seven descents. Such chequering of Christian names serves heraulds instead of stairs, whereby they ascend with assurance into the pedigrees of gentlemen; and I could wish the like alternation of font-names fashionable in other families; for where the heirs of an house are of the same name for many generations together, it occasioneth much mistake, and the most cautious and conscientious heraulds are guilty of making incestuous matches, confounding the father for the son, and so reciprocally.”

This family descends from William de Eggecombe, living in the reign of Edward the Third, and who died in 1380. After him came

Peter Edgcumbe, M.P. for the county of Cornwall in the reign of Queen Elizabeth.

Richard Edgcumbe, Esq., elevated to the Peerage in 1742 as Baron Edgcumbe.