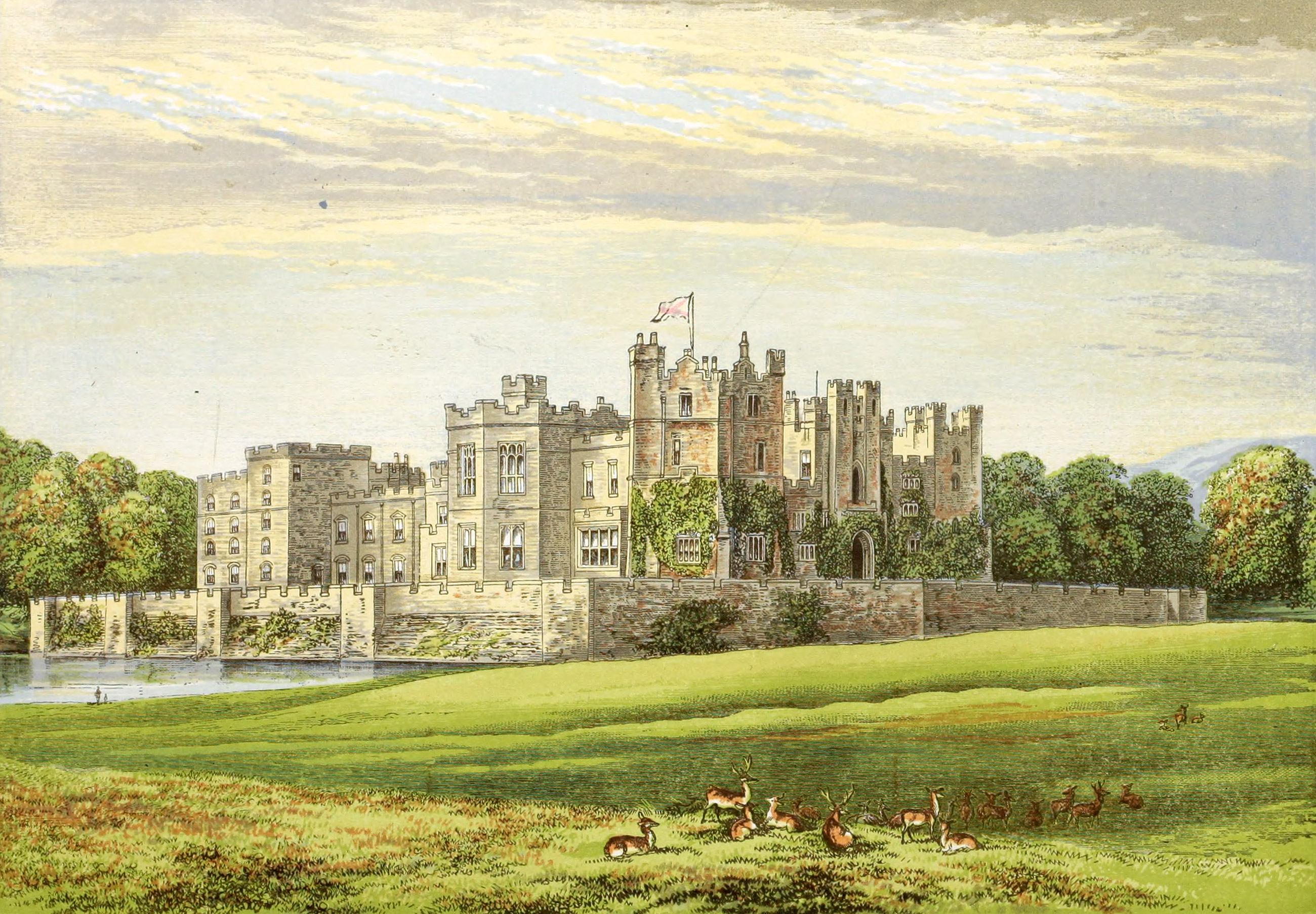 Near Staindrop, Durham.—Duke of Cleveland.

This splendid edifice has in part continued from Anglo-Saxon times, but it was principally erected in the year 1379, by

John de Neville, with whose potent descendants it continued, until, in an unfortunate moment,

Charles Neville, sixth and last Earl of Westmoreland, (of that family,) engaged in a conspiracy against Queen Elizabeth. It failed altogether, her good fortune standing her in good stead, as it did on so many other occasions, and he escaped only with his life, and fled to the Netherlands, where he died an exile in the year 1584. His immense estates were declared forfeited, and in the reign of James the First the castle and demesne of Eaby were purchased by

Sir Christopher Vane, was created Baron Barnard, of Barnard Castle, in the county of Durham. His descendant,

Henry, Lord Barnard, was raised to the higher title of Viscount Barnard and Earl of Darlington, by King George the Third, April 3rd., 1754; and again his grandson,

William Henry, the third Lord, was elevated in the year 1833 to the Dukedom of Cleveland.

The park and pleasure-grounds of this splendid place are such as might be expected, woods, hills, and valleys giving an endless succession of beautiful views.

The Castle itself stands on about two acres of ground, and at irregular distances are two towers, respectively designated the Clifford Tower and the Bulwor Tower.

The hall is of noble proportions, and the roof is arched, and supported on six columns, which diverge and spread over the ceiling.

Above the hall is a large and grand room, ninety feet in length by thirty-four wide, in which the baronial feasts were used formerly to be held, and where no fewer than seven hundred knights who held of the Nevilles are recorded to have been entertained on one occasion.

Leland considered Raby as the “largest castle of logginges in all the north country.”

The late Countess of Darlington made a curious collection of objects of natural history in a museum at Raby Castle; a happy taste, suitable to a period of peace and tranquillity; how great an advance on the troublous times of the Nevilles.

The family of the Duke of Cleveland is stated to be derived from a Welsh ancestor, Howell ap Vane, who lived long before the Conquest, and more immediately from Sir Henry Vane, knighted for his valiant deeds at the battle of Poictiers, 19th. September, 1356.