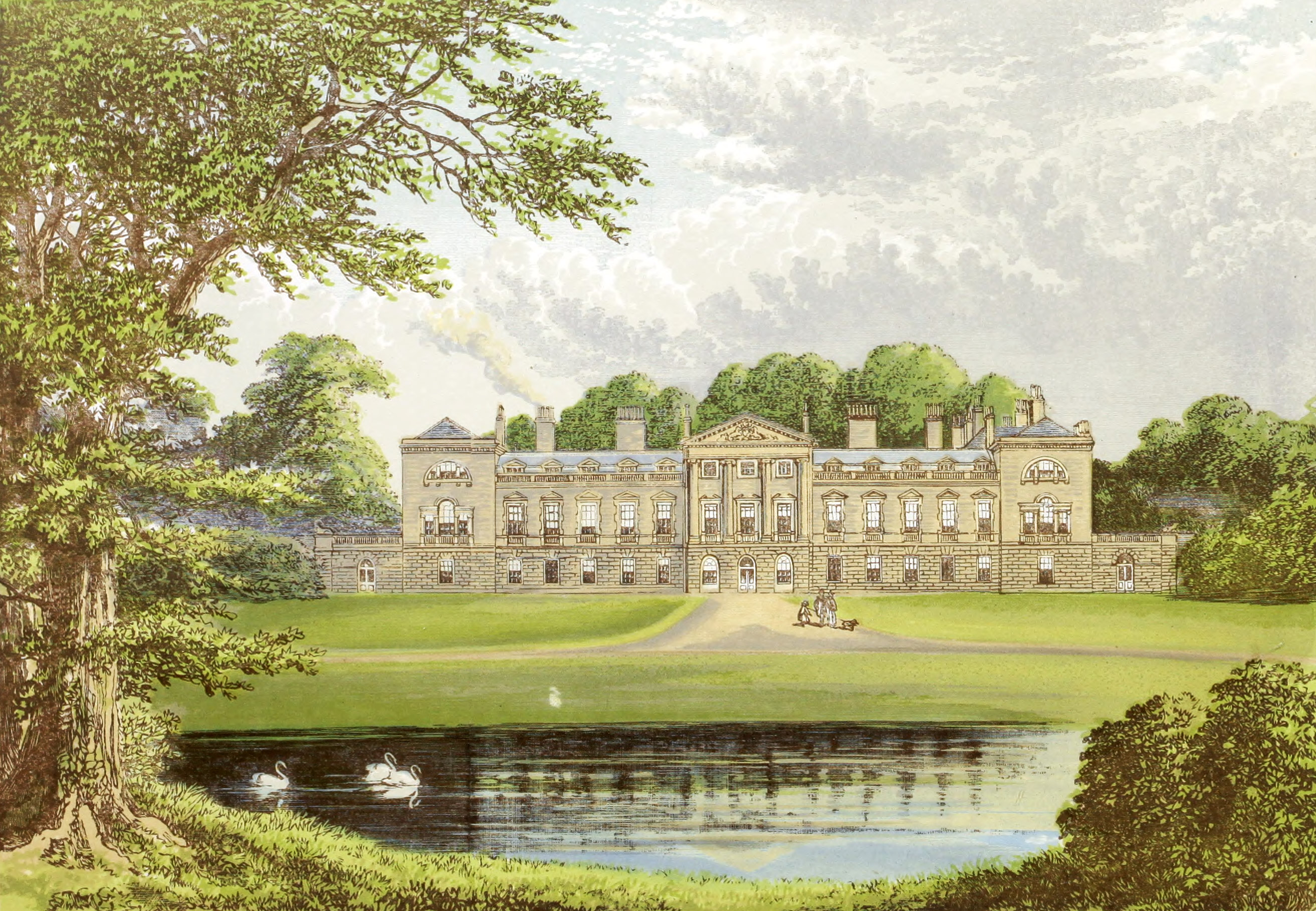 Here was in early times a monastery of the Cistercian order, founded in the year 1146 by

Hugh de Boledac, a powerful baron, incited to the work, it is recorded, by the Abbot of Fountain’s Abbey, Yorkshire.

These Abbey lands were given by King Edward the Sixth, after the dissolution of the monasteries, to

John, Lord Eussell, soon afterwards created Earl of Bedford, in whose family they have remained ever since.

The building, as may be supposed, has been variously altered from time to time. The present mansion was built by the fourth duke.

The principal front is of the Ionic order of Grecian architecture, and was the work of the fifth duke.

The Venetian Drawing-room has a fine series of twenty-four views of Venice, by Canaletti, from which it derives its name.

In the hall is a mosaic pavement removed from Rome.

There is a sculpture gallery one hundred and thirty-eight feet long by twenty-four feet wide, with a flat dome over its centre supported by eight marble columns, containing a fine collection of antique marbles, among which is the famous Lante Vase of Parian marble, six feet three inches wide, and six feet high, inclusive of the pediment on which it stands, with two magnificent handles, and beautifully sculptured. It was found in the ruins of Hadrian’s villa at Tivoli, of which no doubt it formed a conspicuous ornament. Also a fine cast of the Apollo Belvidere, a statue of Psyche, by Westmacott, and sculptures of Bacchus, a bust of Fox, etc., etc.

The state bedchamber is most magnificently furnished.

The picture-gallery has a number of fine portraits of the Russell family, and among the best are those of William Earl of Bedford, the Countess of Somerset, and Lady Catharine Brooke.

Woburn Abbey was visited by Queen Elizabeth in the year 1572, and by King Charles the First in 1645.

Within the last few years upwai’ds of three hundred model cottages have been built on the estate, for the tenantry, by the Duke of Bedford.

The park is extensive and well timbered, and is surrounded by a wall eight feet high.

The family of Russell is of French origin, deriving originally, as is stated, from the Du Rozells of Normandy, and in later times from John Russell, Constable of Corfe Castie in 1221.