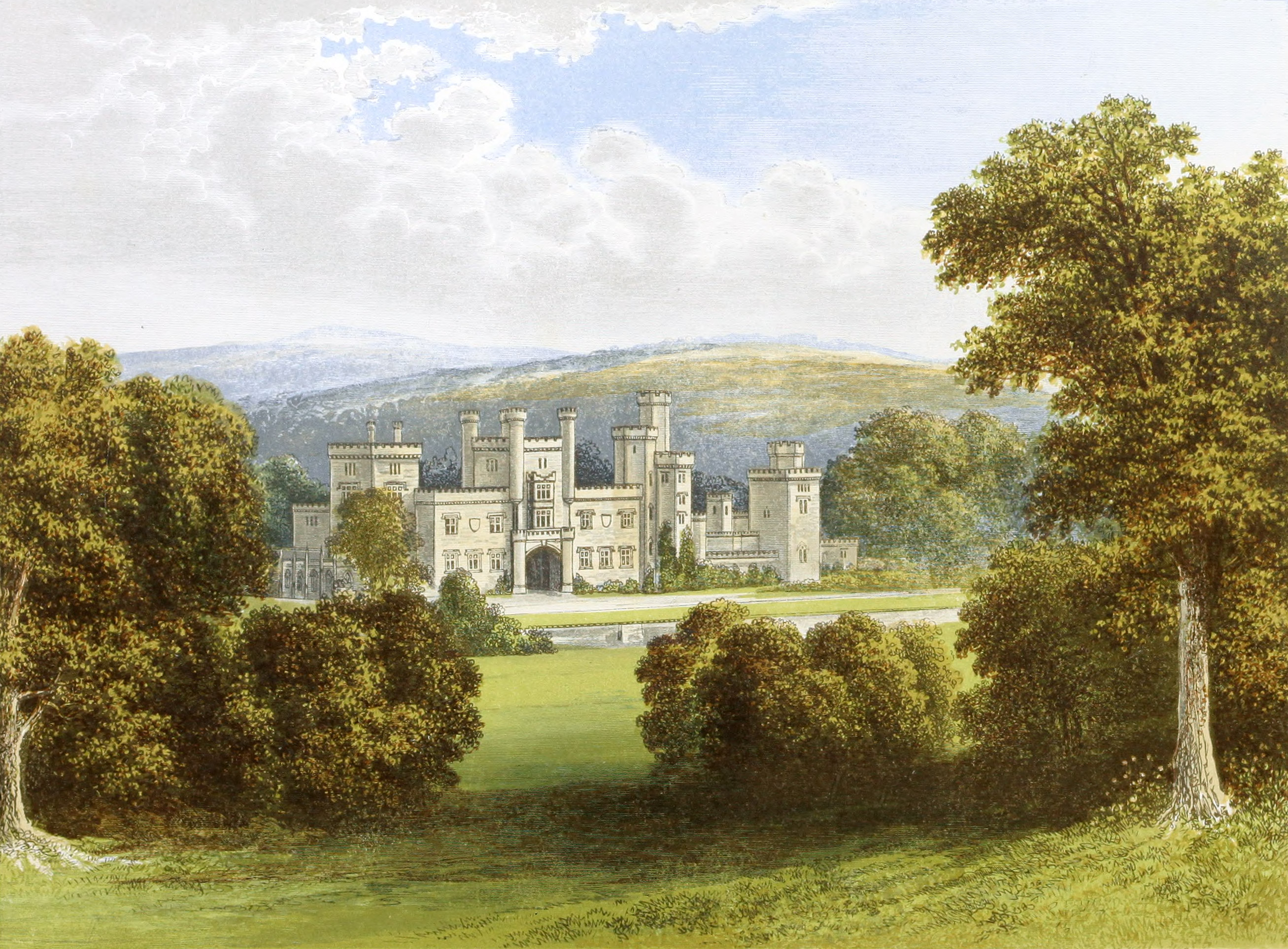 This ancient castle derives its name, as is supposed, either from the place having been in the old times a home of the raven, or from the Danish standard, which bore a figure of the bird, having floated over its walls.

It was well known as early as the year 1080, for here we are told one Eardulf rose from the dead to foretell the death of Bishop Walcher and the punishment of his murderers.

A hundred years later Bishop Ranulf granted the manor to his nephew Richard, who belonged to the family of the Barons of Fitz-Marmaduke, the last of whom was murdered on the old bridge at Durham, and having no children, his sister Eleanor conveyed the estate by marriage to a cadet of the Lumleys of Lumley Castle. In like manner it went to the Boyntons; next to the Grascoignes; and in the year 1607 Sir William Gascoigne alienated the property to Thomas Liddell, Esq., ancestor of the present family.

The park contains a fine heronry.

In 1808 nearly the whole of the old house was pulled down and the present mansion begun.

Thomas Liddel, Esq., an Alderman of Newcastle-on-Tyne. He married Barbara, daughter and heiress of Richard Sti’angeways, Esq., and purchased Ravensworth Castle in 1607, in which he was succeeded by his eldest son,

Thomas Liddel, Esq., of Ravensworth Castle, who died in 1G19, and was followed by his eldest son,

Thomas Liddel, Esq., of Ravensworth Castle, a zealous supporter of Charles the First, who was created a Baronet, November 2nd., 1642, for his gallant defence of Newcastle against the Scots. He married Isabel, daughter of Henry Anderson, Esq., and had a large family, of whom the eldest son,

Sir Thomas Liddel, Knight, married Bridget, daughter of Edward Woodward, Esq., of Lee, a Maid of Honour to the Queen of Bohemia. He died before his father, who deceased in 1650, and the only son,

Sir Thomas Liddel, Bart., of Ravensworth Castle, married Anna, daughter of Sir Heury Vane the elder, of Raby Castle, Durham. He died in 1697, and his eldest son succeeded him, namely,

2. Thomas Liddel, whose son, by Margaret, daughter of Sir William Bowes, of Gibside,

The elder succeeded his father as

Sir Henry Liddel, Bart., of Ravensworth Castle, M.P., who was raised to the

Peerage, June 29th., 1747, by the title of Baron Ravensworth, of Ravensworth Castle. His Lordship married, in 1735, Anne, only daughter of Sir Peter Delmè, Knight, Alderman and Lord Mayor of London, but having no sons, the Barony expired, while the Baronetcy went to his nephew, as above mentioned,