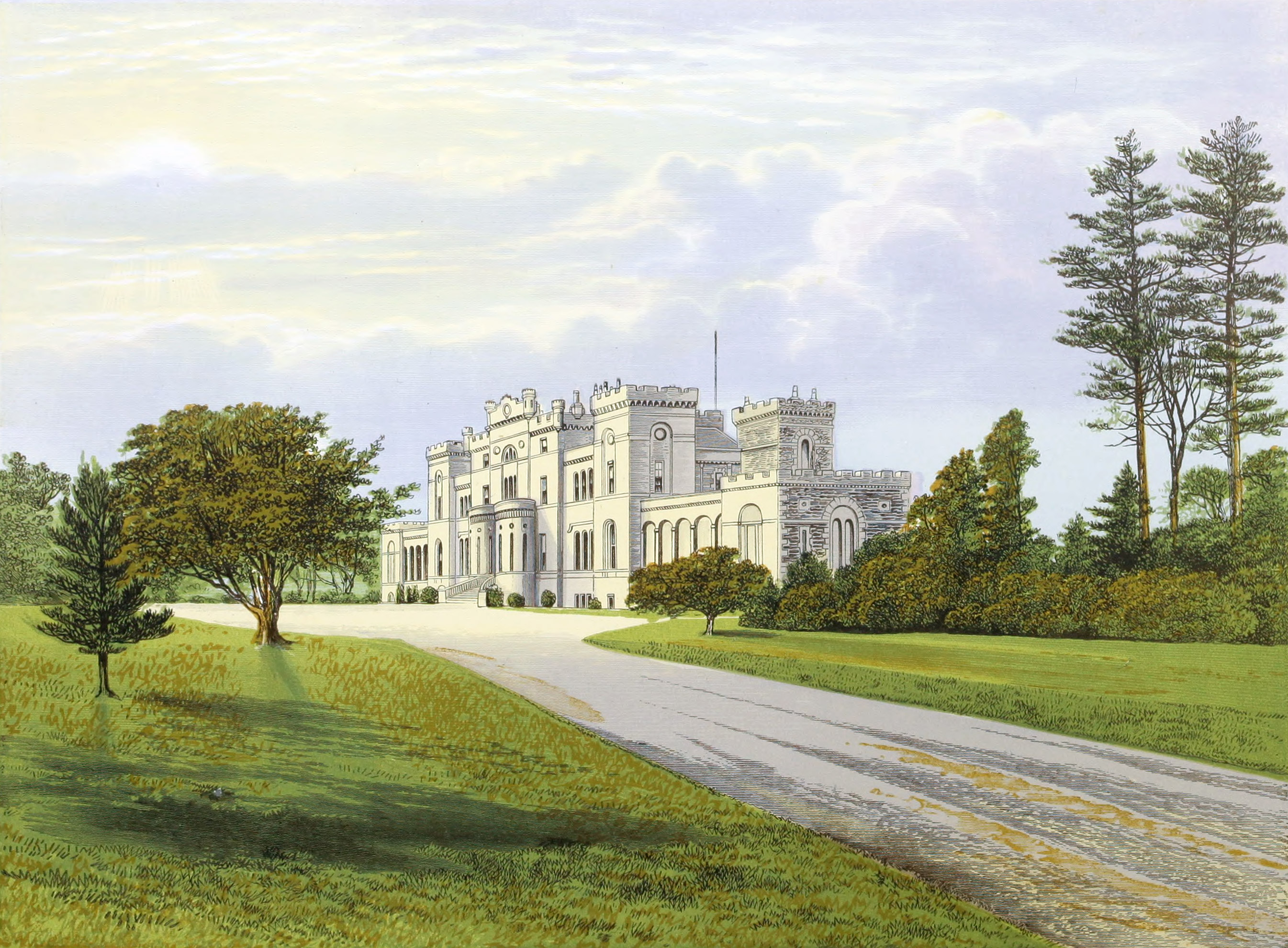 I quote the following from one of the printed accounts of this place:—

“Rossie Castle stands on an elevated site about a mile from the town of Montrose. The house was built by Hercules Ross, Esq., from a design by Criehton, about the end of last century.

“The elevation is certainly magnificent from the greatness of its features, and the arrangement of the interior is most admirable. The entrance hall is thirty feet by twenty, which opens to a great drawing-room thirty-three, small ditto twenty-seven and dining-room thirty-seven feet. From the drawing-room, the library and museum are entered, from which there is a communication to a large and elegant conservatory, occupying the left colonnade represented in the view. There is a public and private staircase on each side of the hall, which lead to two extensive bedroom floors above.

“The prospects from Rossie Castle are of the finest description. On one side there is a splendid view of the German Ocean, the town and bay of Montrose, and the magnificent bridge over the Esk; thriving and beautiful shrubberies are distributed with great taste in different parts of the lawn.”

Over the hall door of the castle are the words cut out in stone,

As for me and my house, we will serve the Lord

a goodly and godly motto.

Alexander Macdonald is mentioned (known by the name of Marcus) as living in the year 1630. His great great grandson,

William Macdonald, of Ranathan and St. Martin’s, born in 1732, who married Cecilia, daughter of Kinloch, of Kilrog and Logie, and left, at his death in 1814, a son,

William Macdonald, married, in 1808, to Grizel, eldest daughter of Sir William Miller, Bart., of Glenlee, Lord Glenlee, and dying in 1841, was succeeded by his cousin,

Montagu William Macdonald, Lieutenant of the Grenadier Guards, Lieutenant in the Forfarshire Militia, and Captain of the Perthshire Volunteers, born January 15th., 1851.