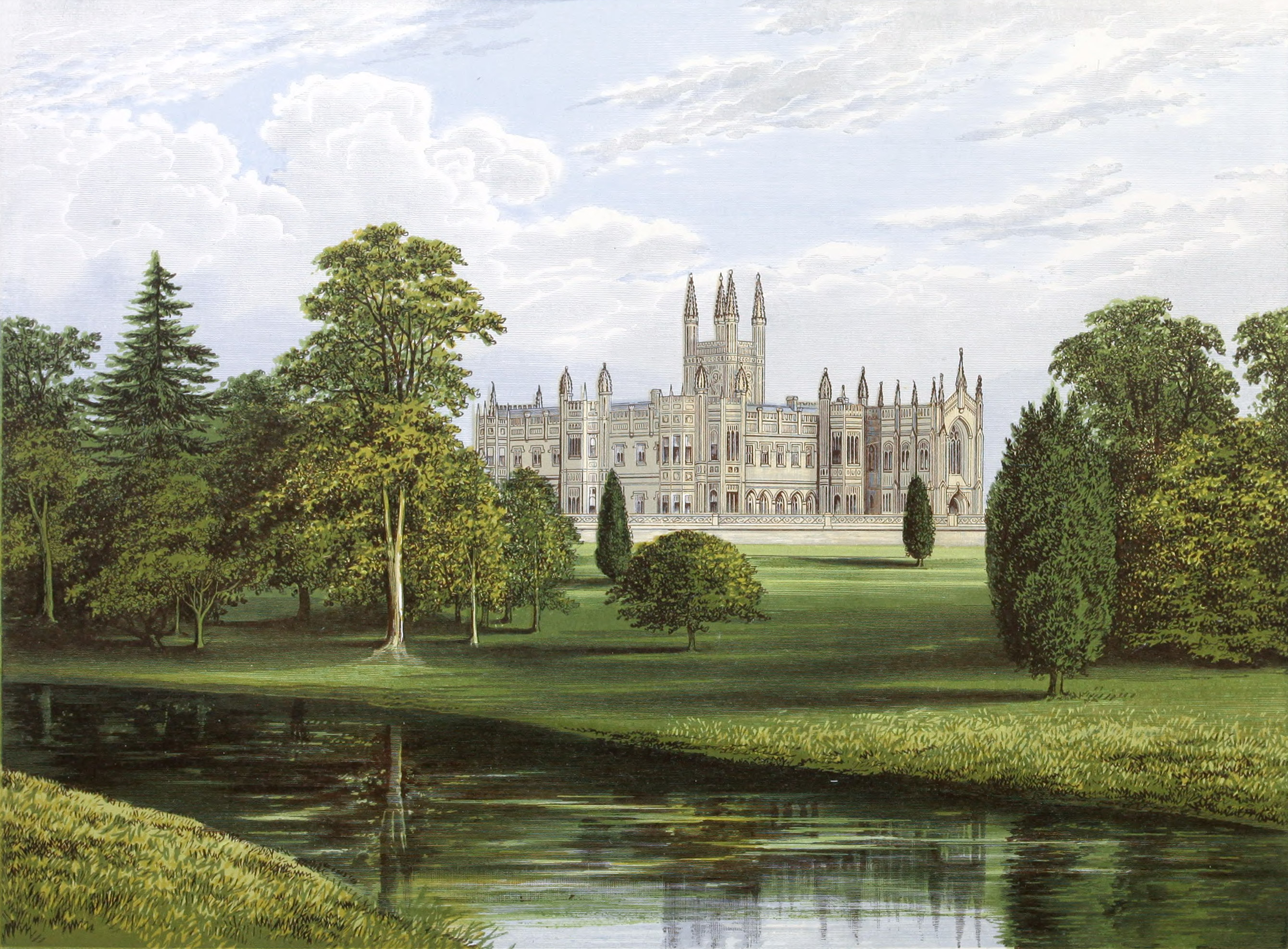 This ancient estate descended for upwards of seven hundred years in the male line, in regular succession, of the family of Tracy, when, as in so many other similar instances, an heiress brought it, as stated below, into a different one, that, namely, of Hanbury.

“It would be a tedious task to describe the whole of the splendid interior, room by room, and it is the less requisite, as this has already been done, with the utmost minuteness of detail, by Britton, in his Illustrations of Toddington.”

Here at one time rested the remains of Queen Cathei’ine Parr, the fortunate survivor of King Henry the Eighth.

Geoffrey de Hanbury, of Hanbury, in Worcestershire, living in the time of King John, was father of

Henry de Hanbury, was Lord Chief Justice of the Court of Common Pleas in Ireland, tempore Edward II. He died about the year 1358. His son was

Reginald de Hanbury, M.P. for Worcestershire in the reign of Richard the Second, whose successor,

John de Hanbury, A.D. 1400, married, and had issue, the third son being Richard Hanbury, father of

Richard Hanbury, Esq., who married, first, Catherine Smyth, and by her had

Richard Hanbury, Esq., of Elmley Lovett, in the county of Worcester. His wife was a daughter of — Bassett, and his son and heir,

John Hanbury, Esq., also of Elmley Lovett, married twice, and by his second wife, a daughter of — Bradley, was father of

Richard Hanbury, Esq., of Elmley Lovett, married to Marjery, daughter of Francis Bradley, Esq., and left a son and heir,

John Hanbury, Esq., of Feckenham, Worcestershire, M.P. for the city of Gloucester,

and Sheriff of Worcester in 1649–50. He married Anne, daughter of Christopher Capel, Esq., of Capel House, Herefordshire, Aldormau and M.P. for Gloucester, and dying iu 1659, left several children, of whom the youngest son,

Capel Hanbury, Esq., of Gloucester, and of Whoreston, in Worcestershire, died in 1707, leaving, by his first wife, a son and successor,

John Hanbuey, Esq., of Pontypool Park, in Monmouthshire, M.P. for that county, and a Major in the army, who married, in 1703, Bridget, eldest daughter and coheiress of Sir Edward Ayscough, of Stallingborough, in Lincolnshire, and died June 13th., 1734, leaving, with other children,

John Hanbury, Esq., of Pontypool Park, M.P. for the county of Monmouth, born in 1744, married Jane, daughter of Morgan Lewis, Esq., of St. Pierre, in that shire, and had three sons, of whom the youngest (at his death, April 4th., 1784,) succeeded, namely,

Charles Hanbuey, Esq., of Toddiugton, in the county of Gloucester, Lord Lieutenant of Montgomeryshire, born December 28th., 1777, married, December 29th., 1798, the Honourable Henrietta Susanna, only child and heiress of Henry, eighth Viscount Tracy, and assumed in consequence the sirnauie and arms of Tracy. He was raised to the Peerage as Baron Sudeley, of Toddiugton, July 12th., 1838. He died February 10th., 1858, and was succeeded by his eldest son,

Sudeley Charles George Hanbury-Tracy, third Baron Sudeley, born April 9th., 1837, Lord Lieutenant of the county of Montgomery, and an officer in the Grenadier Guards. His Lordship died unmarried, April 28th., 1877, and was succeeded by his next brother,

Charles Douglas Richard Hanbury-Tracy, fourth Baron Sudeley, born July 3rd., 1810, Lieutenant in the Royal Navy, called to the Bar in January, 1866, and M.P. for Montgomeryshire from 1863 until his succession to the Peerage. He married, May 9th., 1868, Ada Maria Katherine Tollemache, daughter of the Honourable Frederick James Tollemache, brother of Lord Dysart, and had, with other children,