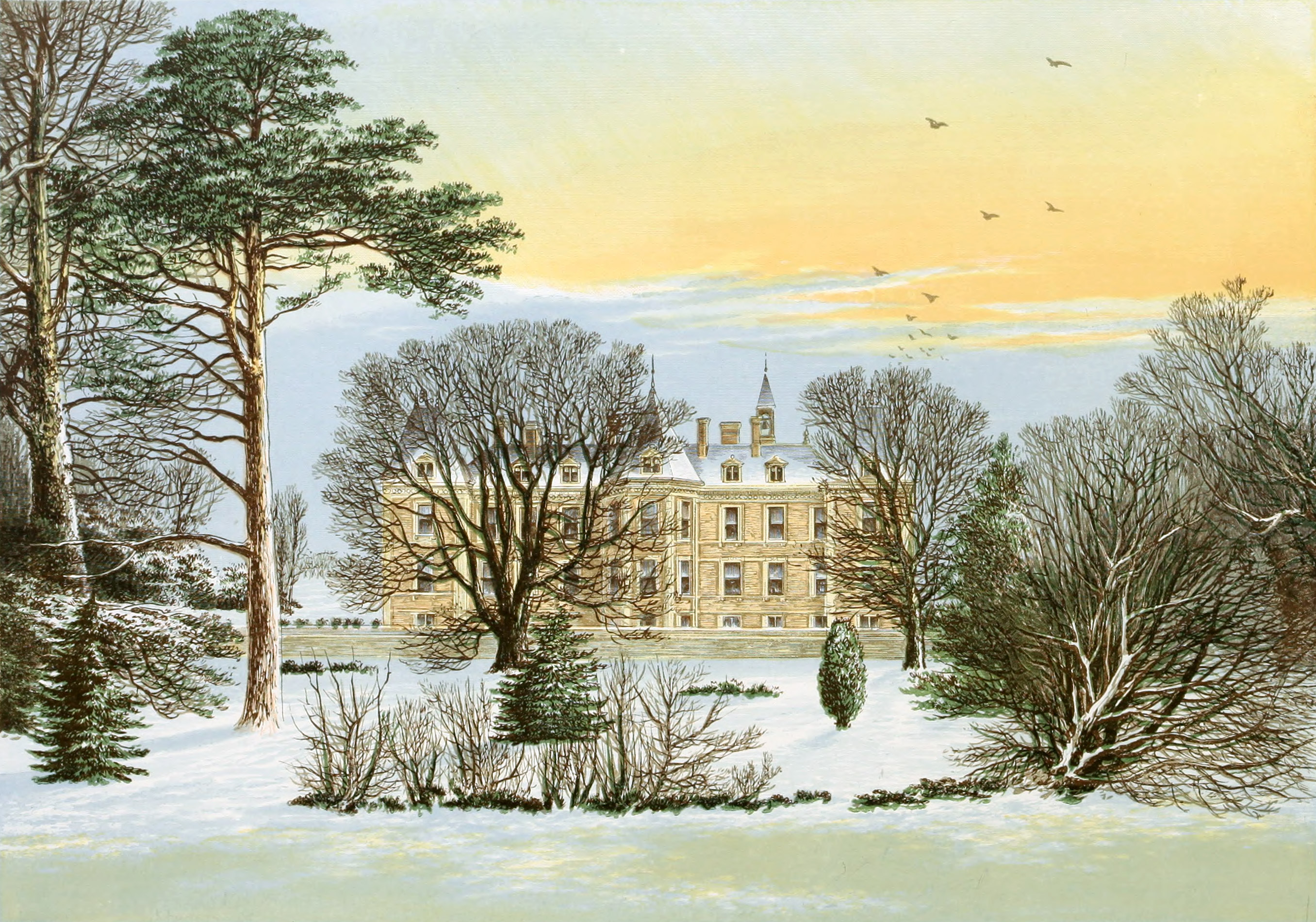 It is a well-known remark, and a true one, that the old Abbeys, the remains of which still demand so much deserved admiration, were placed in the most attractive situations in the country.

I know of but few exceptions to this all but universal rule, such as Thorney Abbey, in Nottinghamshire, which stands on a perfectly flat plain,—though even this, as I remarked in the preface to these volumes, “gives it a character and beauty of its own,”—and Thornton Abbey, near Grimsby, Lincolnshire, also on like level ground; so, too, Meaux Abbey, in Holderness. There is again, though very differently placed, Whitby Abbey, built on a bare and bleak height, looking out, on one side, on our eastern ocean, and on the other over the Yorkshire Moors, though not without many views from it of great beanty.

The remark I have just made, applies, as in so many other cases, to the one now before us, namely, Warter Priory,—or rather to the site of it, for not a vestige of the old building remains,—having been very beautifully situated near the village that still bears the name, surrounded by a variety of higher and lower hills of divers shapes, and close by a wide-spread spring of never-failing water, the source of a small stream which thence takes its winding way down the valley to Nunburnholme, two miles distant.

At the latter small village was formerly also a Nunnery, whence the name, which originally, as in old documents still, was Burnholme,—the “home” by the side of the burn or stream.

Just midway between the two, and very beautifully situated on the side of a hill, the highest in the East Riding, and well wooded in all directions, the house now called Warter Priory stands, in the midst of a park of most pleasantly undulated and well timbered grounds.

There is no doubt that the parish of Warter derives its name from the spring of water I have spoken of, being often still so spelled, and it is to this day, in dry seasons, the invaluable source of a supply of water to the whole of the Wolds for many miles in all directions.

The estate, consisting of between eight and nine thousand acres, was sold in the year 1878 by Lord Muncaster, who preferred living entirely at his more ancestral place of Muncaster Castle, Cumberland, to Charles Henry Wilson, Esq., M.P. for Hull.

England is proud, and may well be proud, of her “Merchant Princes,” whose name, as a class, is one throughout the world with honour and probity.

In great variety are their pursuits, but none of them, assuredly, are more bound up with the character of the country than those who “go down to the sea in ships and occupy their busiuess iu great waters.”

Nor are they of yesterday. The “Ancient Mariner” has been part and parcel of the history of the land for many a long hundred years before the day on which

“King Henrye rode to take the ayre,
Over the river of Thames past hee,
When eighty merchants of England came,
And downe they knelt upon their knee.”

The rest of their story is before us in the old ballad of “Sir Andrew Barton, Knight,” the Scotch Rover, which gives the account of his defeat and death at the hands of the gallaut Sir James and Sir Edward Howard, the latter of whom was made, for his valour, the king’s “High Ammiral,”

“Nowe hath your Grace two ships of war,
Before in England was but one.”

The “Great Harry,” I suppose. Even so, in these days, the number of our Royal Navy, large as it is, can any day be doubled, and more than doubled, again and again, by the splendid ships of our great merchants, who would come forward with them in a moment should their services ever be required, which, however, may God forbid they ever should.

This may well be seen to be so when in the case of the gentleman before mentioned, no fewer than some fifty-five steamships are owned by himself and his brother, making the largest fleet of steamers in the world owned by a private firm, and trading to the Scandinavian, North Sea, Baltic, Black Sea, Mediterranean, and Atlantic ports, from “the Kingston that is upon Hull.”

Mr. Wilson, the owner of Warter Priory and estate, is a younger son of the late Mr. Thomas Wilson and Susannah West Wilson, of Cottingham and Hull, and married, October 5th., 1871, Florence Jane Helen Wellesley, daughter of Colonel Wellesley, late of the 7th. Fusiliers, and has five children, two sons and three daughters.

Mr. Wilson was returned at the election for Hull in 1874, in the Liberal interest, and also at that in 1880. He has brought in Bills for the closing of public houses on Sunday, and is a strong supporter of all legislative measures for lessening the evils of the traffic in intoxicating liquors, and also for the total suppression of experiments on living animals. His youngest brother and partner is the Master of the Holderness Foxhounds.