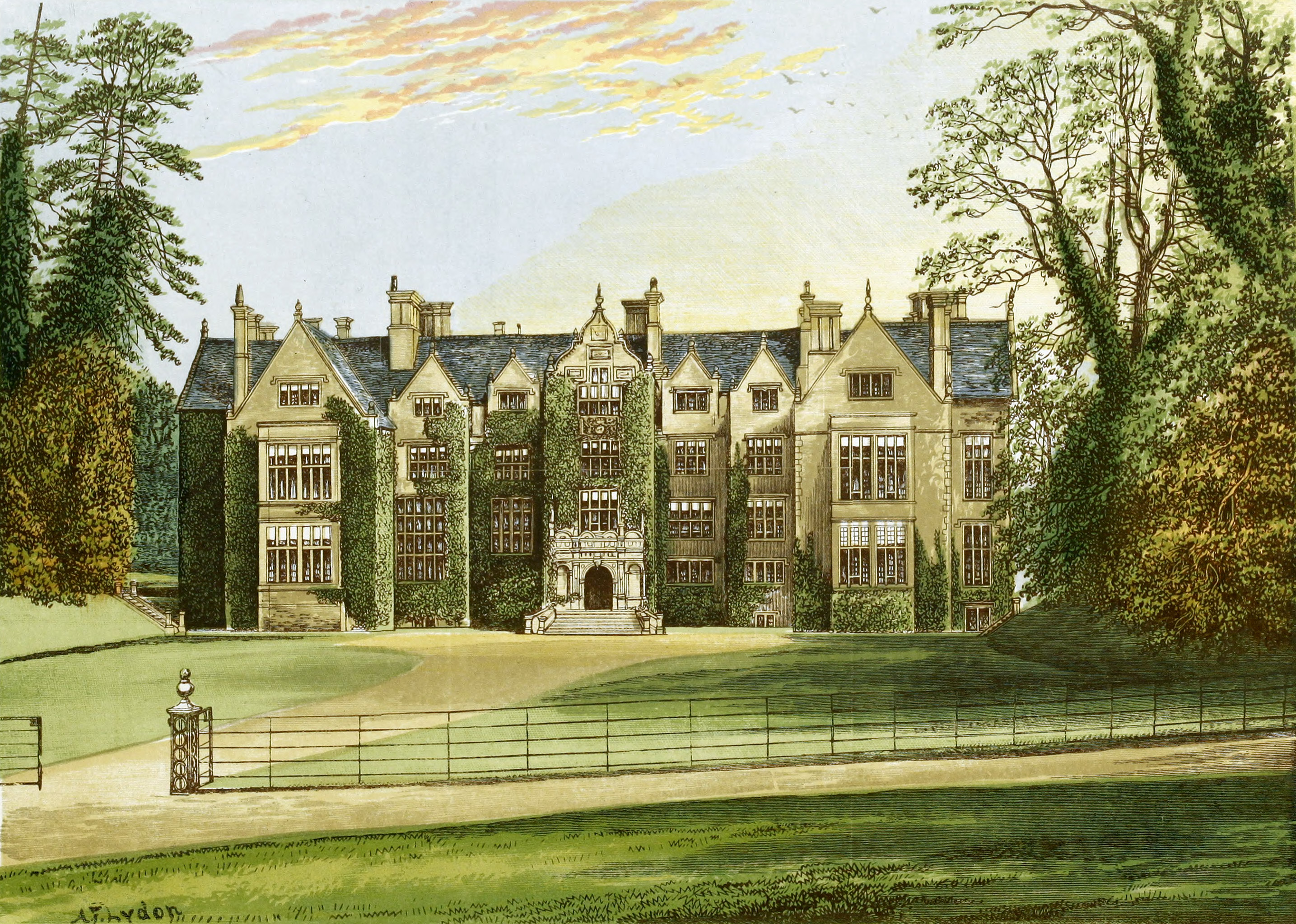 This place formerly belonged to canons regular of St. Augustine, but tbe original buildings having been destroyed by fire, the present extensive and very noble mansion was erected on its site, about the commencement of the seventeenth century. It has since, at different times, received various additions and improvements, in all of which the ancient baronial character of the edifice has been scrupulously preserved. The same may be said of the gardens and pleasure-grounds, whose monastic features will still be viewed with particular interest, as here no innovating hand has ever been allowed to intrude.

The building is of an ornamental and interesting character, though it is not com- pleted according to the original design, as an intended wing on the south side was commenced. The Lord Keeper made some additions, and a library has lately been erected after a plan by Mr. Smirke.

The chapel is a room beautified by the first Earl of Guilford.

The estate came into the possession of the family of North, by the marriage of Francis, Lord Keeper Guilford, with Lady Frances Pope, sister to the fourth and last Earl of Downe.

The mansion is enriched by many ancient portraits of the families of Pope and North. Among the former is an original of Sir Thomas Pope, founder of Trinity College, Oxford, and uncle of the first Earl of Downe. Of the latter there is a complete series of Lords North, from Edward, the first Lord, created in the reign of Philip and Mary, to the present time.

The church of Wroxton contains many monuments which demand notice. On a black marble gravestone is an inscription to “Elizabeth, late wife of Francis Lord Guilford, and one of the daughters of the Right Honourable Fulke Lord Brooke.” She died in 1699. Another gravestone of a similar description, commemorates Francis Lord Guilford himself, Lord Keeper of the Great Seal, born October 22nd., 1637, died September 5th., 1685. On the north side of the chancel is a magnificent tomb, with the recumbent eflS.gies of William Pope, first Earl of Downe, and his lady. On the same side of the chancel is a marble tablet affixed to the wall, surmounted with angels, to the memory of the Lady of the Lord Keeper Guilford. On the south wall of the chancel is a monument to Francis, Earl of Guilford, and his three wives. Immediately adjoining is an elegant monument, lately erected to the memory of the Prime Minister, Lord North, wlio had succeeded to the Earldom of Guilford a short time prior to his death. In a niche to the right of the communion rails is a brass plate, formerly attached to a gravestone, with this inscription: “Here lyeth under this stone buryed, Margaret Bostarde, widowe, sometime the wyf of William Pope, of Dedington, in the county of Oxford, Gent., and afterwards married to John Bostarde, of Atterbury; which William and Margaret were father and mother to Sir Thomas Pope, Knight, and John Pope, Esq.” She died in 1557. The church likewise contains a monument of one of the family of Sacheverell.

The family of North descends in the male line from

William Doyle, Esq., of Clonmoney, in the county of Carlow, who married Jane, daughter of Howard Egan, Esq., and left a son,

Charles Doyle, Esq., of Bramblestown, in the county of Kilkenny. He married Elizabeth, daughter of the Rev. Nicholas Milley, and left at his decease, in 1769, with several other children, an eldest son,

William Doyle, Esq., Barrister-at-Law, King’s Counsel, and Master in Chancery in Ireland. This gentleman married twice, and by his second wife, Cecilia, daughter of General Silvani, of the Austrian Service, left, with other issue, two sons, of whom the elder,

Lieutenant-General Sir Chakles William Doyle, K.C.B., K.C., K.C.S., G.C.H., who married, first in 1803, Sophia Cramer, daughter of Sir John Coghill, Baronet, by whom he had three sons and a daughter. The second son,

Colonel John Sidney Doyle, M.P. for Oxfordshire in 1852, 1857, 1865, etc., J.P. and D.L. for Oxfordshire, Lieutenant-Colonel of the Oxfordshire Rifle Volunteers, pi^eviously Lieutenant-Colonel of the Irish Fusiliers, born 1804, married, in 1835, Susan, Baroness North, in her own right, daughter and co-heiress of George Augustus, third Earl of Guilford, and ninth Baron North. He assumed in 1838 the surname of North in lieu of his patronymic. His eldest son,