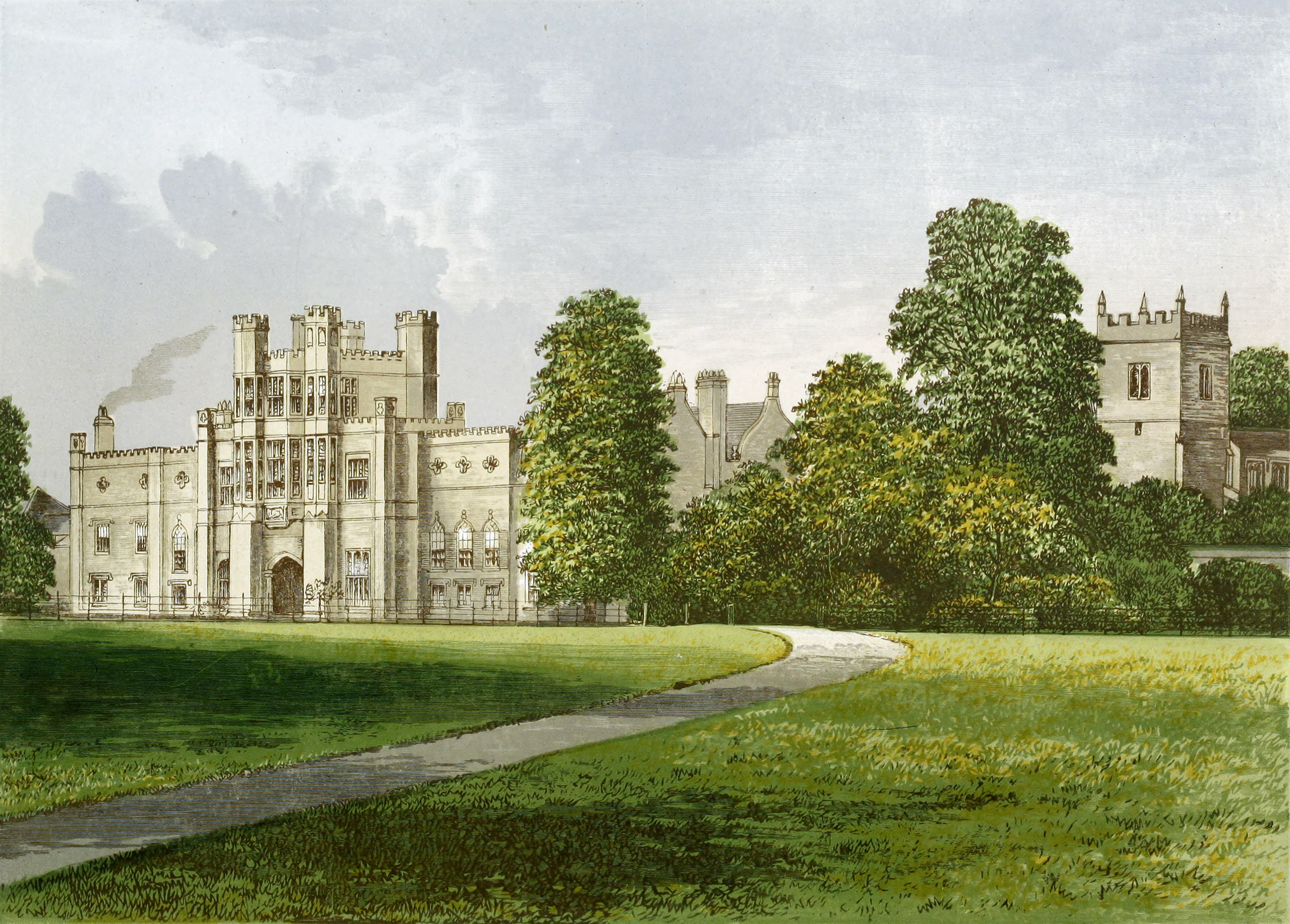 Coughton is situated between Icknield Street and the river Arrow, about two miles from Alcester, in a finely wooded country, diversified by hills.

In the time of the Conqueror it was in the possession of Turchill de Warwick.

It was afterwards held by a family who assumed their surname from hence. Simon de Cocton, or Coughton, left two daughters, one of whom, Joan, was married to William de Spineto, whereby this lordship came, by partition, to the Spiney family. Guy de la Spine left issue two daughters, one of whom, Alianore, married John, the son of Thomas Throckmorton, Esq., by which marriage, this lordship of Coughton, coming to the line of Throckmorton, hath continued therein to this day. This John died in 1455.

The original seat of this family was at Throckmorton, in the parish of Fladbury, in Worcestershire, which is still in their possession.

Some part of the house at Coughton was built when held by the Spineys. It was a quadrangle built round a court, and surrounded by a moat. The tower was erected by Sir George Throckmorton, in the reign of Henry the Eighth. The entrance formerly was over a bridge, which crossed the moat, and through the gateway of the tower into the quadrangle.

Considerable alterations were made in the building, by Sir Francis Throckmorton, in the time of Charles the Second. It had been previously plundered by the Parliament forces, and the proprietor. Sir Robert, the fii’st Baronet, was ejected, and resided at Worcester.

About the year 1780, Sir Robert Throckmorton took down one side of the quadrangle, filled up the moat, enclosed the gateway, fitting it up as a hall, and made several alterations in the building. In this hall are painted on the windows the arms of the Throckmortons, impaling those of several families connected with them.

The Baronetcy in this ancient family dates from the year 1642, and has so continued to the ninth Baronet, namely.